K-pop group P1Harmony kicked off the U.S. leg of their [P1USTAGE H : P1ONEER] tour in Los Angeles. The six-piece act performed a sold out show at the Hollywood Palladium, located right on the famed Sunset Boulevard, bringing the heat to a chilly January night.

Returning to the U.S. each year since 2021, P1Harmony has shown their fans, known as P1ECE, their latest music at every opportunity. While many of the songs on the setlist overlapped with 2022 [P1USTAGE H : PEACE] tour, the biggest difference this time around was the group’s stage presence and confidence. Each time they’ve performed in LA, P1Harmony’s venue has grown in size, and along with it, the group has greater command of the stage. Debuting during the pandemic, the group did not immediately have a chance to greet their fans in person, making this growth all the more meaningful as they’ve learned to interact naturally onstage with themselves and their fans. 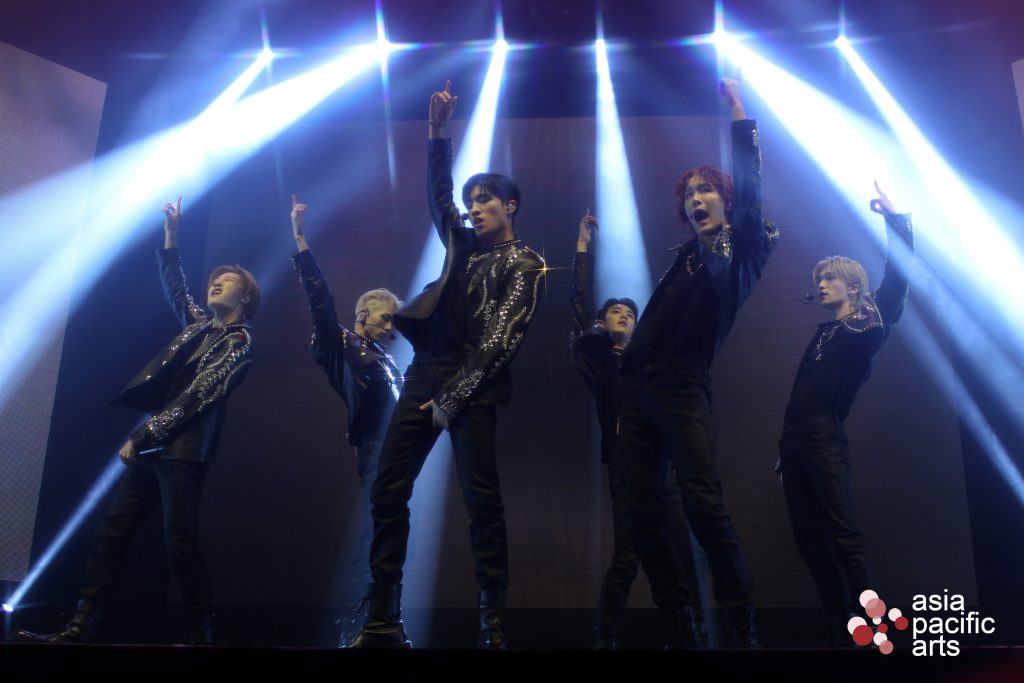 Releasing two albums since their 2022 tour, title songs from both EPs, “Doom Du Doom” and “Back Down,” were the newest additions on the setlist. The group also performed other title songs, from “Siren” to “Do It Like This,” preparing a show of energetic, upbeat songs. Starting the unit stages, Theo performed a cover of Dean’s “21,” a song that went perfectly with his smooth, soulful vocals. Switching up the genre completely, Intak and Jongseob were up next, performing a spirited rap stage with red and purple stage lights to match the vibe. Rounding out the unit stages, Soul, Keeho, and Jiung performed a trio stage. Main dancer Soul surprised fans with a vocal cover of “Hug Me” by Jung Junil rather than a dance performance, Keeho beautifully sang Beyonce’s “Deja Vu,” pulling off flawless riffs with sultriness, and Jiung moonwalked his way across the stage to Michael Jackson’s “Love Never Felt So Good,” before the former two joined him to finish off the song.

Loved by their fans for their genuine, humorous, unfiltered personas, P1Harmony put their charm on display, interacting with P1ECE. Continuously checking on their fans due to the general admission layout of the venue, the group helped security reach fans who needed assistance and passed along water. “The more you guys push, the more time it takes, and we won’t be able to perform the full show,” Keeho began, much to the audience’s chagrin. “I’m just kidding, but really, you guys gotta look out for each other,” he concluded, showing fans his care and concern in a lighthearted way. Showcasing their humor and bond, the group also prepared a VCR of the members playing a “never-ending” game that involved aegyo, handstands, winking, and more. 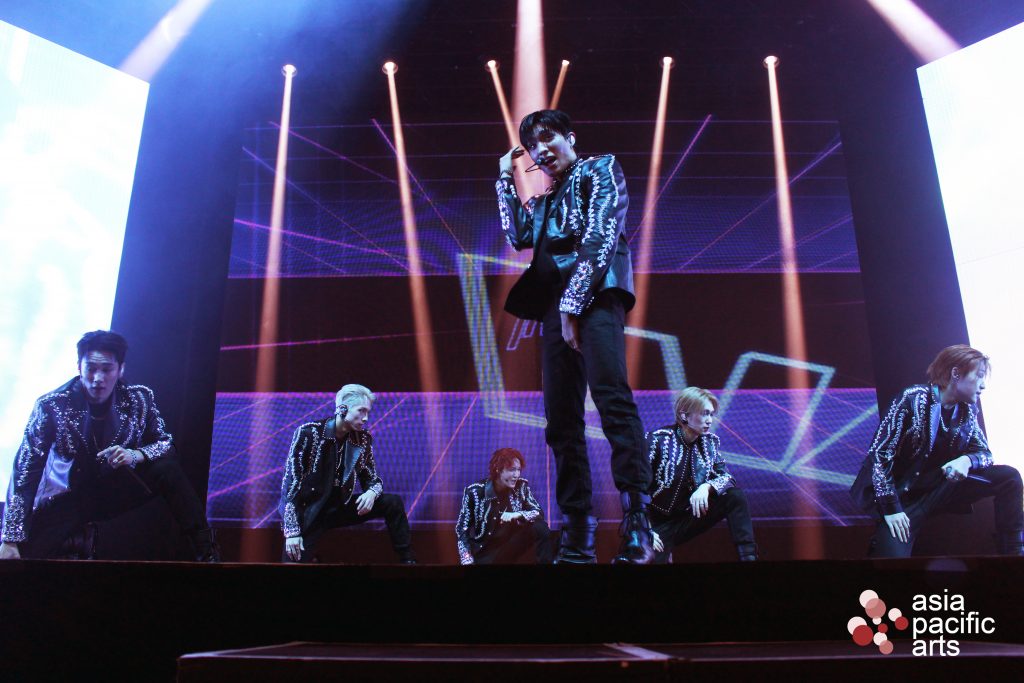 The highlight of the evening was undoubtedly the group’s performance of “Follow Me.” Keeho named the 2022 release one of his favorites to perform, and anyone in attendance could see exactly why. Fans sang, cheered, and danced along to every song they prepared, yet the atmosphere and the energy peaked as soon as Keeho introduced “Follow Me” with a shout: “There are two rules: You get down when I say get down, and you jump high when I say get up. Are you ready to get crazy, LA?!” The heavy bass of the music pulsed through everyone, and fans sang along with a deafening roar. During the song’s bridge, true to his word, Keeho asked fans to get down, and the entire GA floor bent down to the best of their abilities. Just a few beats later, at the group’s command, the audience jumped up in sync, shaking the floors and walls as the energy shot through the roof. Seeing the fans and group move in such synchronization and the happiness on every single person’s face, it easily made the concert worth attending, despite the hefty ticket price.

Winding down the evening, the group performed four more songs for their encore, including “Swagger,” before calling it a night. Although the group has been here many times before, each time they come, they bring bigger and better performances. P1HARMONY has made it clear they’re here to stay, and that their shows are always worth watching, no matter how many times you’ve seen them before. 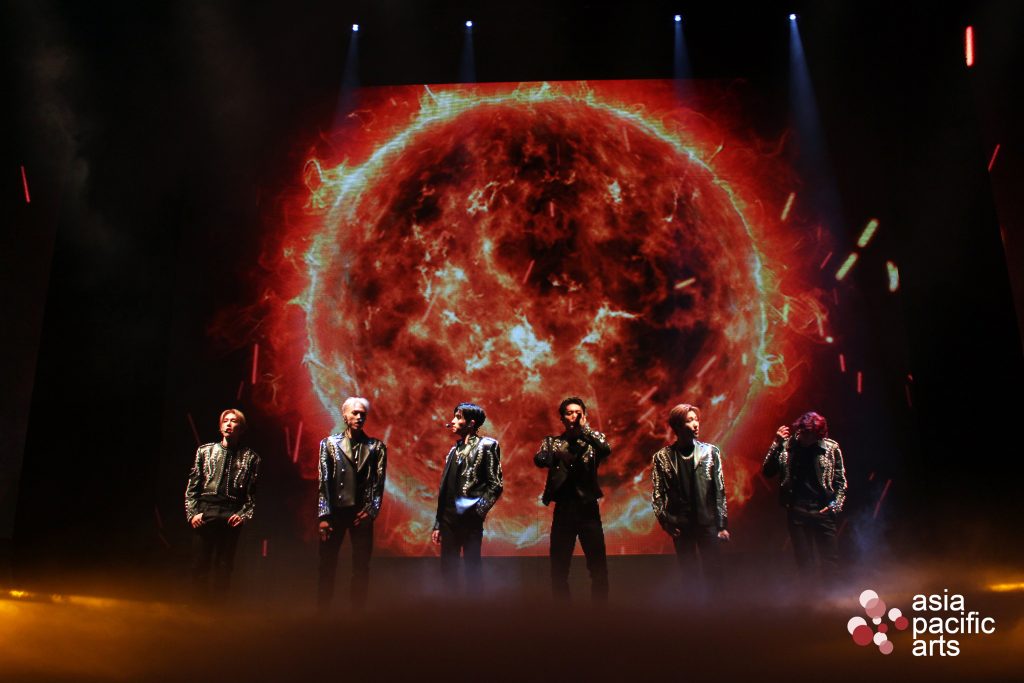