Following performances in Europe, South Korean hip hop trio Epik High will hit up 28 stops on the North American leg of their All Time High tour. Starting in late February, the group will kick off the leg in San Diego before traveling all across the continent to perform in Las Vegas.

On January 9th, Epik High frontman Tablo revealed on Twitter that the group is working on a new album. However about a week later, he shared that the hard drive containing the new album mix “just broke,” later clarifying that he has backup files but not the final versions. He also divulged that he meant to share that the new album was complete, but instead had the unfortunate news to share. Pulling through, Epik High announced their latest album, Strawberry, is set to drop on February 1st. 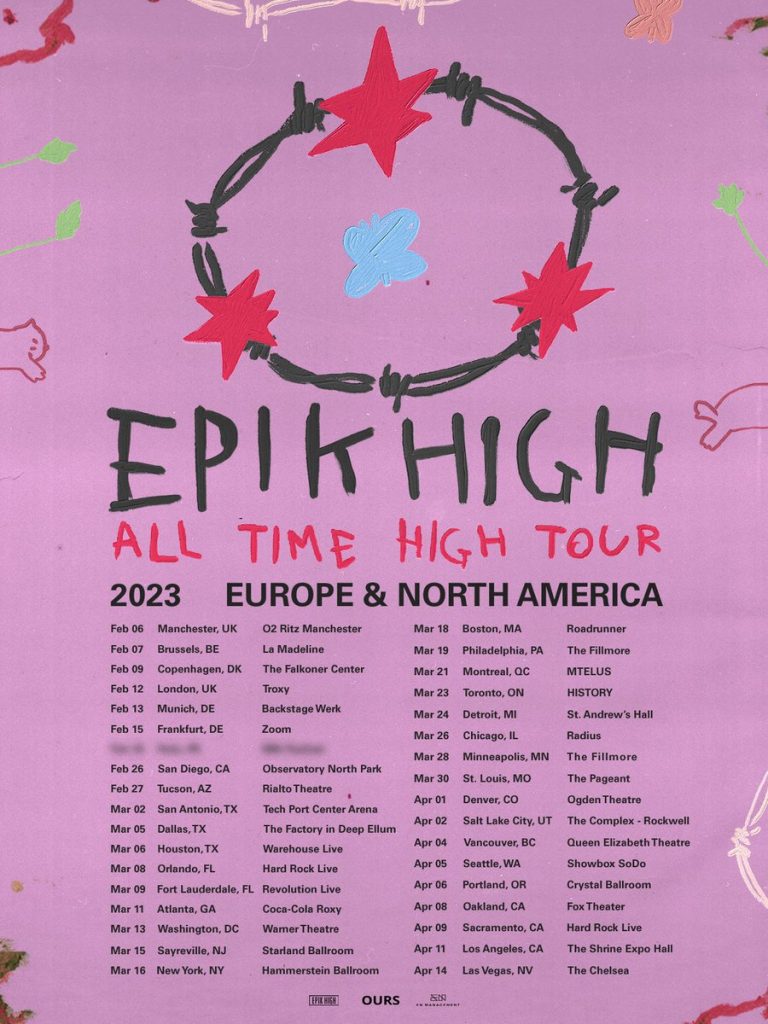