Skip to Content
Home Music CIX Returns to the U.S. for ‘Save Me, Kill Me’ Tour

Following their first U.S. tour in early 2022, CIX will be coming back to the states in March 2023 for another tour. The Save Me, Kill Me tour will take the group from New York to the west coast to finish up in Oakland.

CIX made their official debut in July of 2019, however, several of the members were already known to the public by then from various pre-debut projects. Leader BX, and members Seunghun and Bae Jinyoung all appeared on survival shows, with the latter taking tenth place on “Produce 101 Season 2” and promoting with the temporary group, Wanna One, from August 2017 to December 2018. In July 2019, the five members debuted with their EP Hello Chapter 1: Hello, Stranger, featuring title song “Movie Star.” The group finished up their Hello series with Hello Chapter Ø: Hello in January 2021, and in August 2021, CIX dropped their first studio album, Ok Prologue: Be Ok, featuring “Wave” as the lead track. In August 2022, CIX released their fifth EP, OK Episode 1: OK Not, with title track “458.” 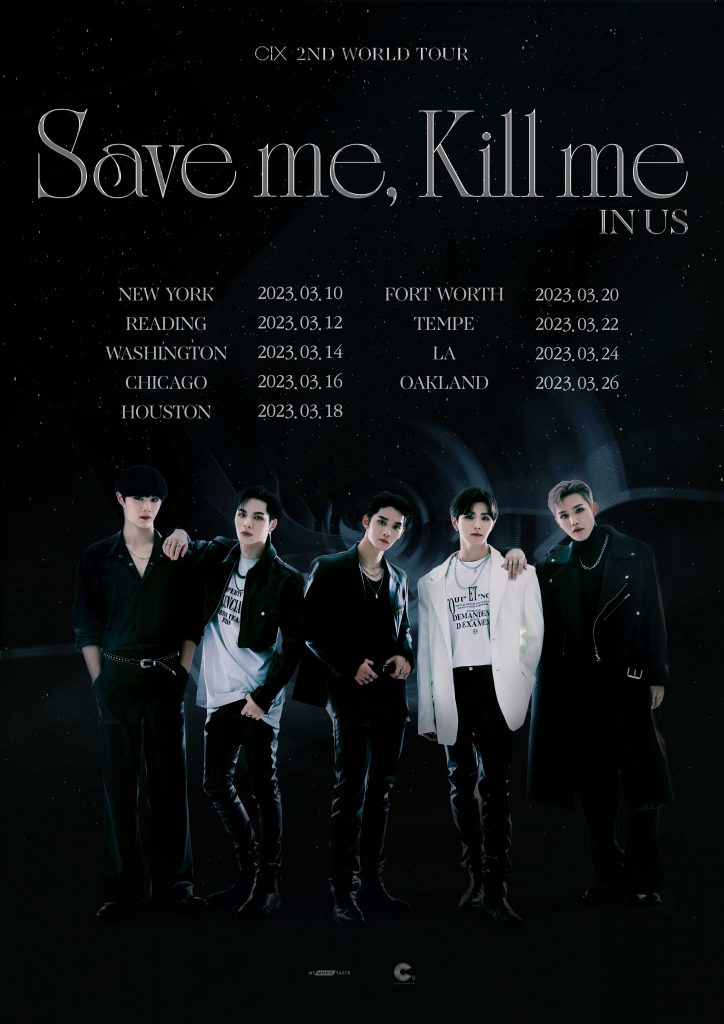