Skip to Content
Home Giveaway Giveaway: Win a Pair of Tickets to pH-1’s SF Show on ‘About Damn Time’ Tour

For the first time, Korean rapper pH-1 will be embarking on a solo U.S. tour in 2023. Alluding to his fans’ long wait to meet him, the tour is titled ABOUT DAMN TIME, and it will take the rapper from San Francisco to New York, and back to Seattle to finish up on the west coast. Earlier this year, the rapper also made a special appearance in Los Angeles at 88rising’s Head in the Clouds music festival, accompanying Jay Park’s set.

pH-1 first debuted in 2016 with his single “Wavy,” before signing to H1ghr Music in 2017. He released his first EP, The Island Kid, in October of that year, and his first full length album, HALO, in 2019. The rapper is known for his lyrics, as his works typically hold positive and honest messages, with inspirations from jazz, pop, R&B, and gospel genres. He dropped his latest album, BUT FOR NOW LEAVE ME ALONE, in September of this year, with the single “Mr. Bad.” The album gives fans a view into the rapper’s self proclaimed “darker side,” as he hopes to change his image through this release.

To celebrate pH-1’s upcoming tour, Asia Pacific Arts is hosting a giveaway for two lucky winners to each receive one (1) pair of General Admission tickets to pH-1’s San Francisco concert on January 23rd! To enter this giveaway:

3. Bonus: Tag a friend and share your favorite pH-1 song for additional entries. Each comment with a tagged friend is one extra entry. 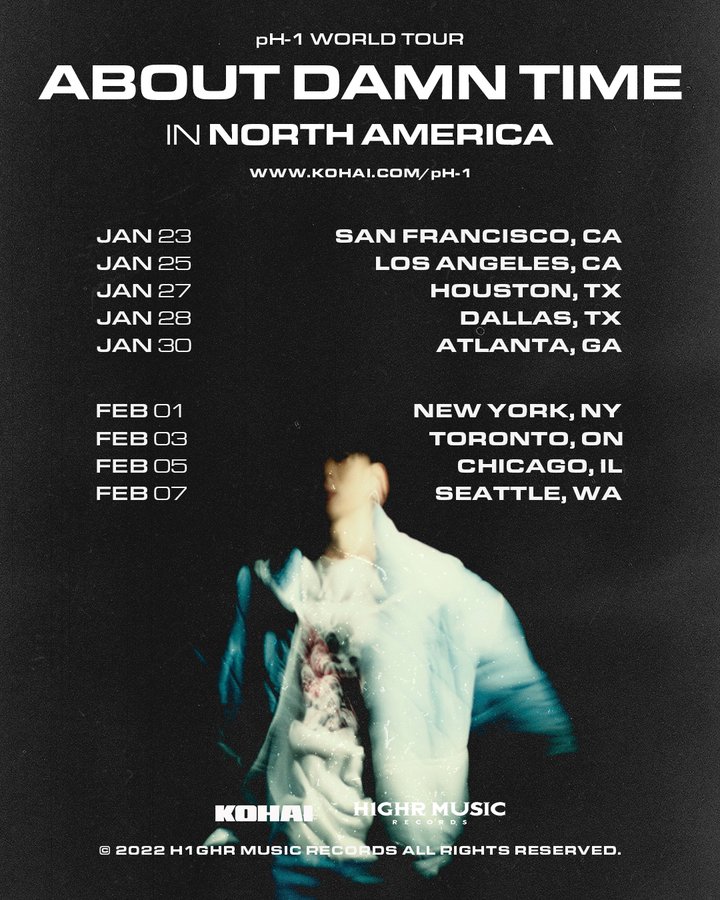