Skip to Content
Home Music J.Y. Park is Bringing His Groove to the U.S.

Over the past few years, numerous K-pop groups under JYP Entertainment have performed stateside, and now it’s the artist-turned-CEO’s turn. For a special two-stop tour, J.Y. Park will be visiting New York and Los Angeles in February.

Beginning his career in 1992, J.Y. Park is one of K-pop’s longest working singers and has been named the “Ambassador of K-POP” by The New York Times. Being active behind the scenes and onstage, the producer is credited for 65 number one songs across South Korea, Japan, and China, and he holds several awards such as “Best Male Artist” and “Best Producer.” As a performer, J.Y. Park has released numerous top hits, including his first number one hit single, “Don’t Leave Me,” “Honey,.”

Most recently, he dropped “Groove Back,” featuring Gaeko of Dynamic Duo. He embarked on his JYP WORLD RPD tour, which brought him to Seoul, Barcelona, Bangkok, Sao Paulo, and Los Angeles to host random play dance events. The artist brought along special guests such as choreographer Lia Kim, Super Junior member Shindong, and ITZY. He also danced to “Groove Back” with fans all over the world and used the footage for the song’s music video. The song is currently making its rounds on social media, having gone viral for its unique dance challenge created by the singer himself. 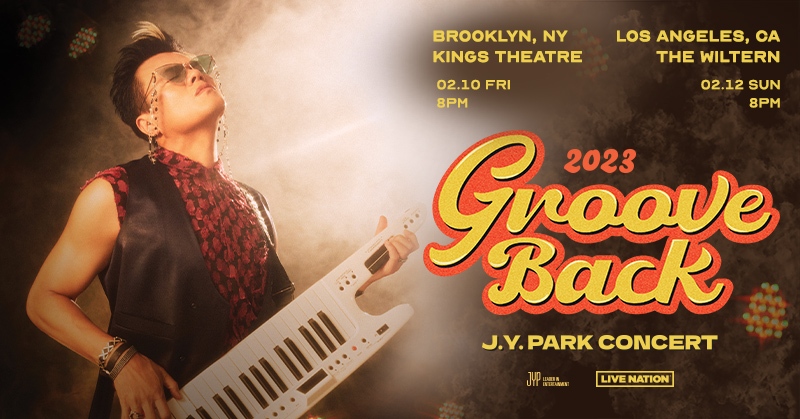