Following a year full of U.S. activities, P1HARMONY will return stateside once again at the beginning of 2023. Kicking off mid-January in Seoul, the group will bring their [P1USTAGE H : P1ONEER] tour to the U.S. at the end of the month, starting in Los Angeles, heading east to New York, then looping around to finish off mid-February in Dallas.

P1HARMONY debuted in 2020 with their song “Siren,” and since then, they’ve released five EPs, including Disharmony: Find Out, with title song, “Do It Like This,” being one of their best known songs to-date. The group held their first U.S. tour in the beginning of 2022, and in May, they released their digital single “Gotta Get Back,” with American artist Pink Sweat$. Most recently, the group released their latest EP, Harmony: Set In, on November 30th, with title track, “Back Down.” 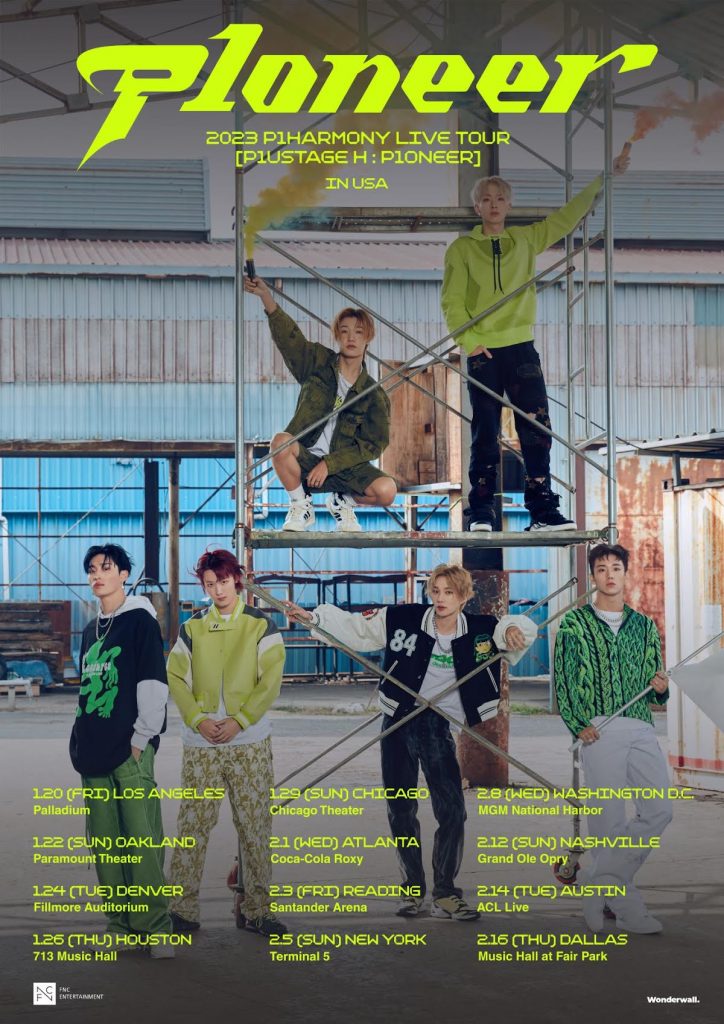