Despite the overcast weather outside, Korean singer-songwriter Yerin Baek warmed the crowd with her soulful voice at The Observatory in Santa Ana on December 4th. A perfect way to kick off December, the show attracted a full crowd, taking fans through Yerin’s diverse discography. For the concert, each song was matched to certain colored lighting to create the perfect atmosphere for each performance. Brighter songs such as “I’ll Be Your Family” and “Our Love is Great” were paired with orange or yellow lights, matching the warm tone of the lyrics, while songs like “Hate You” were paired with red lights to match its intensity. 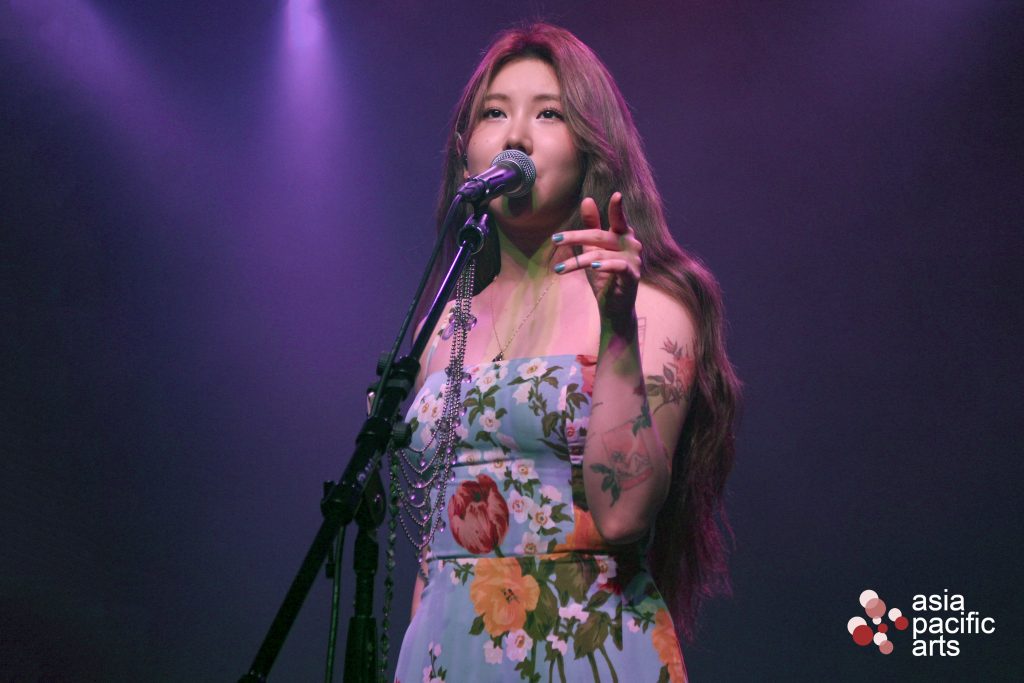 The most prominent color of the night was blue to complement her large array of slow, somber songs. With songs like “I Am Not Your Ocean Anymore” and “Bye Bye My Blue,” standard blue lighting makes sense, even just by hearing the song titles. Unexpectedly, however, “HOMESWEETHOME” was also paired with a blue hue. Despite “home” evoking an image of warmer tones like orange, this performance was accompanied with a turquoise color. With lyrics detailing a love that surpasses hardships, “HOMESWEETHOME” served as a playful mid-way point to the show, as this performance saw Yerin let her inhibitions go and dance around on stage.

Although not a person of many words, Yerin still showed her care towards her fans in various ways throughout the evening. Making sure to greet the crowd, the singer thanked everyone for bringing her strength for all these years. Seeing as it was her first time greeting her fans here in the U.S., too, everyone was overflowing with love. As the audience constantly shouted compliments, Yerin would shyly respond and engage in casual banter. In response to a fan’s request for Yerin to come to their house, she asked quickly, “Where is it?” She also responded to screams in between songs, playfully saying they should let her sing. Playfulness aside, the singer also made sure to show her gratitude towards those in attendance. “Thank you for buying tickets,” she said, as she admitted how nervous she was due to the venue having the largest capacity on this tour.

Reciprocating Yerin’s thankful heart, fans were also very well mannered, letting her sing without interrupting, and keeping their remarks for moments of quiet. While performing artists are usually met with a sea of cellphones recording the show, the singer’s fans kept it to a minimum. Simply enjoying being in the moment, most fans kept their phones down for the duration of the show. Aside from being respectful to Yerin, fans also held the same attitude towards one another. There was no pushing or shoving during the show, and audience members even helped one another catch Yerin’s attention. Truly living in the moment, it was clear everyone was there just to enjoy Yerin’s soft yet powerful voice as it resonated throughout the venue.

As everyone in attendance sang along to the last song of the night, “Square,” Yerin couldn’t keep the smile off of her face. Throwing out as many hearts and blowing as many kisses as she could, the soloist exited the stage with promises of a return soon, hopefully with her band, The Volunteers.

Check out the photo below to see all our photos from Yerin Baek’s concert on Facebook! 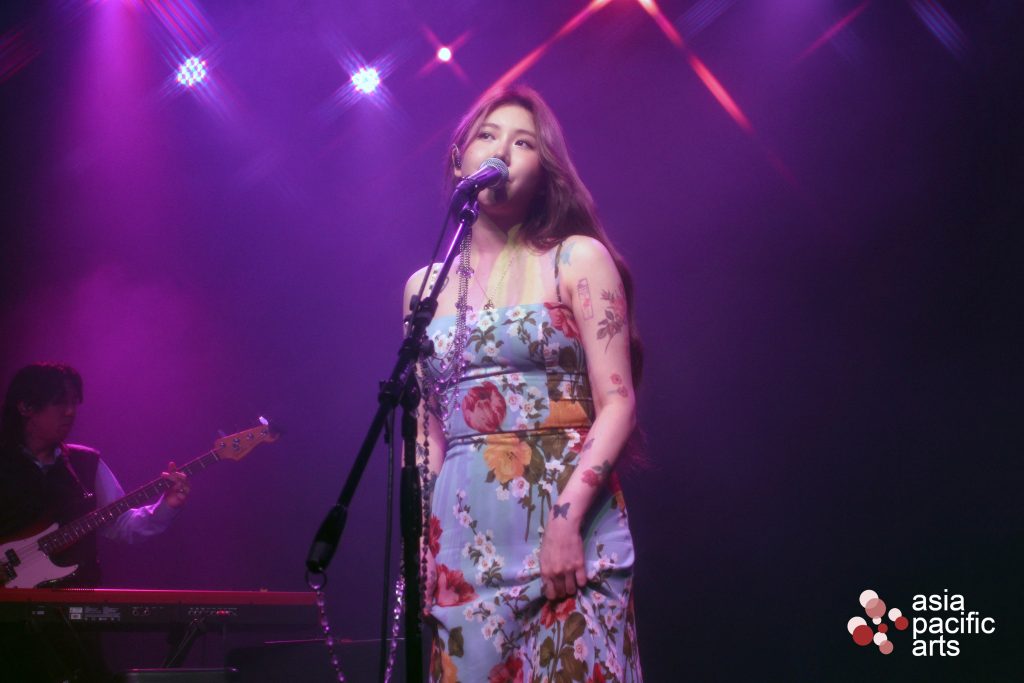