Developed by Otomate and licensed for the West by Aksys Games for the Nintendo Switch, Lover Pretend is a rom-com otome game perfect for romance fans and players alike. Chiyuki Ueda is a third year college student studying to become a scriptwriter like her late mother. Under the tutelage of her screenwriter professor, Eichirou Asagi, she lands a job for a new production that is led by the same director that her own late mother had written a screenplay for before she was born. This is Chiyuki’s ultimate dream job, for but she also has a hidden agenda in that she’s also looking for clues to find her father whom she’s never met.

While she searches for answers, she encounters the sons of the production crew who all have massive daddy issues and may also possibly be her half-brother. As fate would also have it, Chiyuki gets deeply embroiled with these young men as they turn to her for different reasons, asking her to play pretend lovers. Chiyuki agrees in hopes of getting closer to learning more about her father. Another windfall is that she’ll gain a better understanding of love by, yes, faking a romance with someone who may share her DNA. 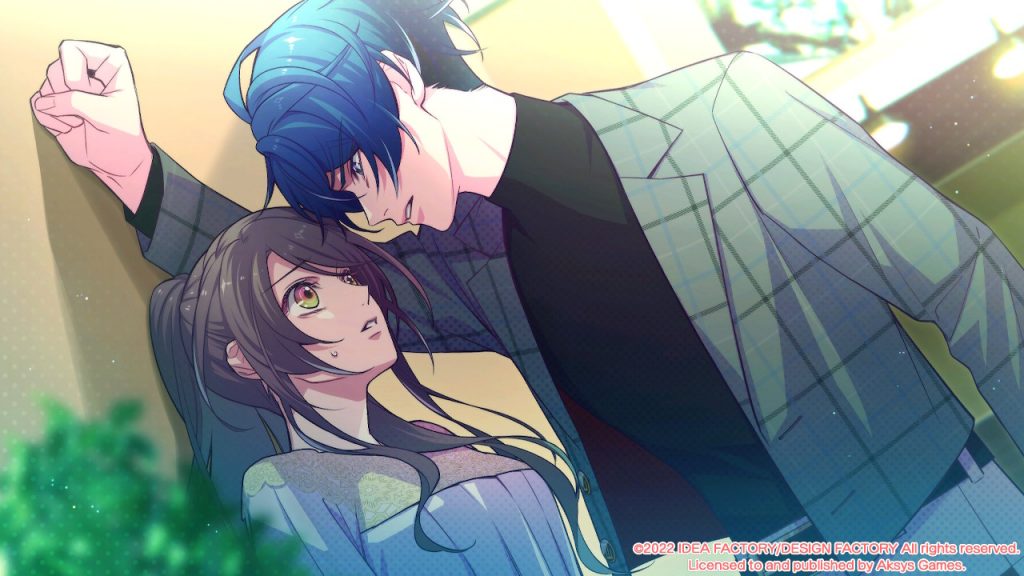 Lover Pretend is a paradise for those who love the fake dating trope among other typical romance conventions. From the eligible bachelors you have:

Kazuma Kamukubo is one of Chiyuki’s closest allies from the start. He’s the safest option as he is clearly not Chiyuki’s brother. He’s an up-and-coming stylist, so he has full access to gather information on the production crew for Chiyuki. As the classic childhood friend-type, Kazuma’s constantly cheery and energetic. He’s obviously had a thing for Chiyuki since day one, but that also means he’s her best supporter even if she’s in a relationship with one of the other eligible men.

Harumi Makino is the son of the director and is a pretty boy who aspires to follow in his father’s footsteps. At first, he appears to be a cold perfectionist, but he’s actually a massive otaku whose dream is to specifically direct only anime. Haruma is the most adorable of the bunch and is just misunderstood due to his insecurity that pretty boys can’t be nerds. 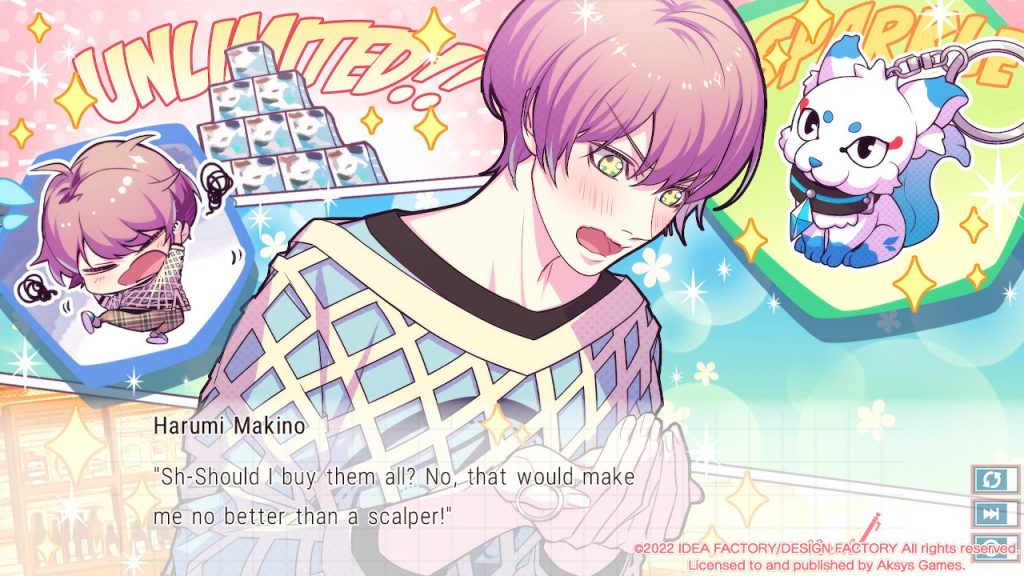 Yukito Sena is a fashion model, who’s a massive flirt with a heart of gold. His interactions with Kazuma are hilarious, and it’s enjoyable to see options for Chiyuki to put him in his place too. He’s also the best wing man when it comes to helping Chiyuki out throughout the game.

Riku Nishijima is the son of a famous actor and is an actor himself with impeccable good looks. He’s on his way to becoming the next biggest star, but his secret is he actually hates it! He has one of the best routes in the game from start to finish, massive daddy issues and all.

Eichirou Asagi is Chiyuki’s professor and mentor, who helped her get the PA job. He’s also considered a secret route, as his story isn’t available until all other main leads are played through first. For some, the teacher-student trope may be taboo, but well, the game’s already exploring the possibility of Chiyuki fake dating her half brother. Why not throw in some more questionable tropes? This is an otome, so everything is fair game! 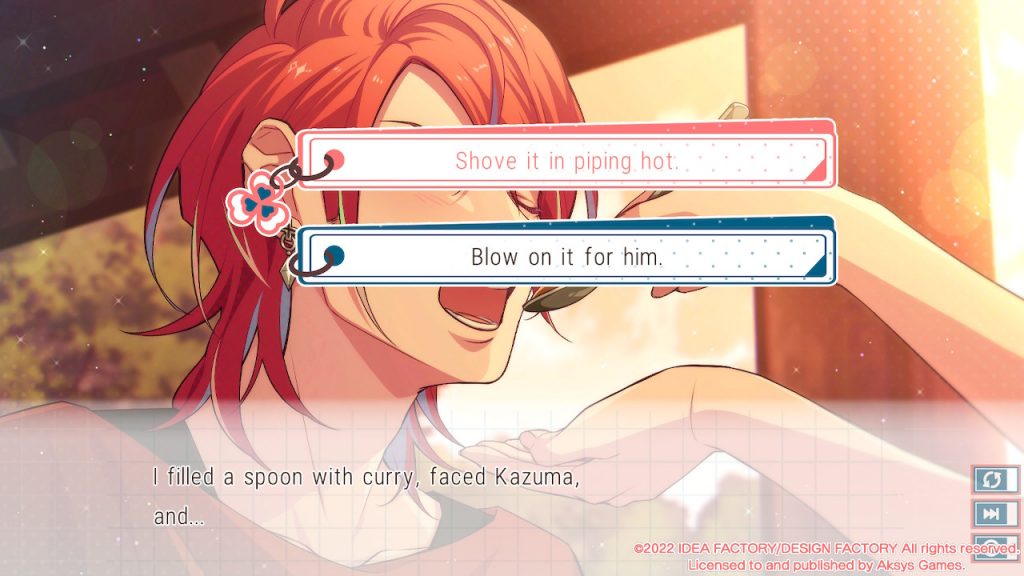 Gameplay is standard for any otome game. It starts off with a prologue and common route that is four chapters long. It’s enough to get a good introduction to all of the characters and setup for each “pretend lovers” storyline. To reach the different story branches, the male leads’ affection meters must be raised. These are done by making certain dialogue choices throughout the game, but Lover Pretend also introduces what is called “Pretend Time,” which are timed breaks where you must answer a series of questions. The game does allow you to save beforehand and once you complete them, you can skip these sections during replays, which is extremely helpful when going through the common route.

Story-wise, Lover Pretend is easy to follow and very typical of the rom-com genre. There’s something for everyone trope-wise, and it is extremely fun and lighthearted. The art design and music are also beautifully done. There’s nothing too dramatic or steamy, so it’s perfect for those looking for a more PG romance (minus the odd possible incestuous plot). Some routes, however, may feel a little longer than they should be, but content lovers may appreciate that extra epilogue feel. Best of all is that Chiyuki is no doormat and has an extremely relatable personality for a main character in an otome game. Slightly introverted and dense at times, she’s also practical, independent, and has a positive outlook in life despite her childhood of growing up alone. Props to the writers who also provide consistent character growth in all of the routes for both her and the love interests.

Lover Pretend is delightful, content-packed game, featuring leads with unique storylines. While the game leans heavily on the fake dating trope, it’s well-written with a lot of entertaining scenarios. Shoujo, josei and general romance fans should add this to their Switch library if you’re looking for something cute, cozy, and romantic!