Lee Jung-Jae has been in the film industry as an actor for the past three decades, and he has recently made his mark internationally with his starring role in the hit Netflix TV show Squid Game. Now, the South Korean actor is adding a new role onto his extensive resume with the directorial debut with his new film, Hunt, which he wrote, produced, starred in, and of course directed. Released theatrically in Korea earlier this year, the spy action film will be making its way into U.S. theaters this December. When Lee Jung-Jae sat down with APA for a brief interview (via a translator), he was transparent about how he was the most nervous about this particular release, with the U.S. having such a huge audience. In our conversation, he gave us a glimpse of his work behind-the-scenes and opened up about his first time directing, where his learnings included preparing for the pre- and post-production process and the importance of a well-prepared script.

Hunt takes place in Korea in the 1980’s, a time that was historically fraught with political tension between the North and South. The two main characters in the film, Park Pyong-Ho (Lee Jung-Jae) and Kim Jung-Do (Jung Woo-sung), are government workers for South Korea during a military dictatorship. They are the chiefs of the Foreign Unit and the Domestic Unit, respectively, and their working relationship has its own messy history. When a mission goes wrong, they soon hear news from the director of the KCIA that there is a North Korean mole within their ranks. The two chiefs begin suspecting each other, and every action taken is scrutinized as a possible motive. In speaking to APA about why he chose to set the story at this point in history, Lee explained, “Both in the ‘80’s and now, I still think there are forces that create false information to the public, and our beliefs are tainted by this false information. That is why I decided on the setting to be in the ‘80’s and not the contemporary time. There should have been an improvement in that area since then, but there is still false news and false information being spread to the public, and our beliefs and our worldview is still poisoned by [this]. So I thought it would be a question that has to be thrown to the audience through the story.” 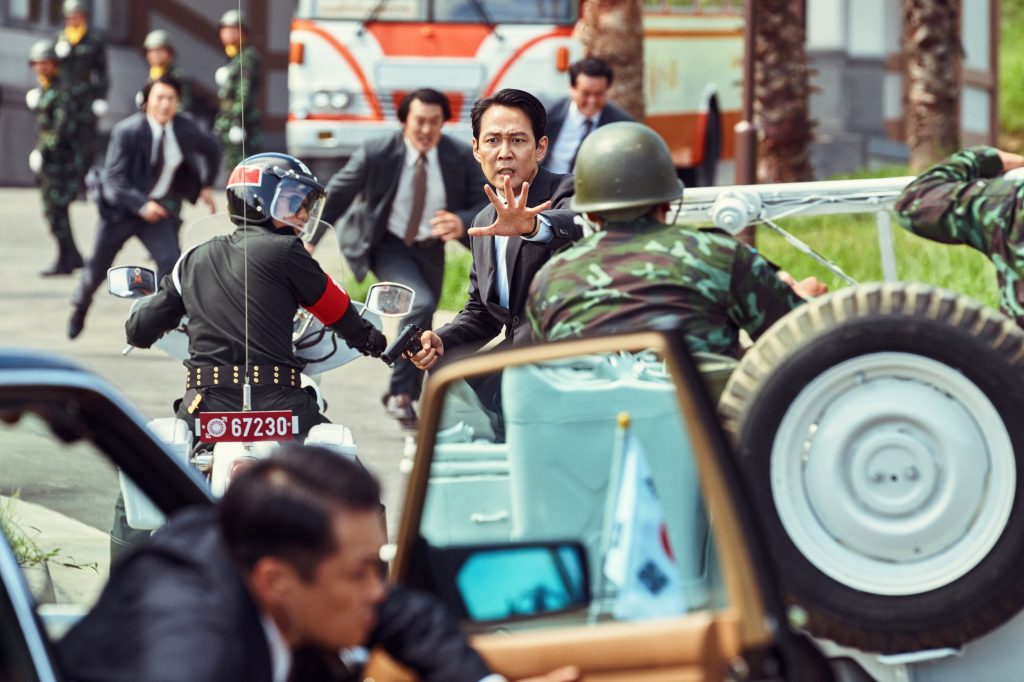 In depicting the consequences of a military dictatorship, Lee doesn’t shy away from using violence in his storytelling. The barbarity of police brutality is highlighted in the film, with almost every interrogation involving an authority figure beating up a suspect or employing some gruesome torture tactic. Actor Heo Sung-tae, who played a convincing bully in Squid Game, reprises a similar role in Hunt as Jang Cheol-seong, a loyal subordinate of Jung-Do who carries out inquisitions more with his hands than his words. After so many of these scenes, they can start feeling a bit heavy-handed. The traditional chase and fight scenes, however, are still entertaining to watch, and Lee mentioned to APA how he not only performed the stunts but also contributed in designing some of the action sequences, practicing extensively before filming.

Beyond the fast-paced action, Hunt examines the internal moral conflicts within both of the main characters, although it could arguably be explored more deeply. Both Pyong-Ho and Jung-Do, tired of the violence against their own people, each turn out to be undermining their government as part of separate efforts. Pyong-Ho is revealed to be working with a North Korean group but only because he believes they can come to an agreement peacefully. When he is betrayed by the leader of the group, he makes it his personal mission to stop an outright war from happening. Jung-Do, on the other hand, also wants the president of South Korea out of power but believes that the end justifies the means, even if it means innocent people will die. In one scene, he tells his co-conspirators, “It’s about stopping the gruesome violence against our people,” although, ironically, he is also one of the agents of the government perpetuating this violence. In the final section of the film, Pyong-Ho and Jung-Do realize that, while they have a common goal, they disagree on what is worth sacrificing to achieve it. The climax and denouement feel rushed, with the two main characters going from frenemies, to partners in crime, back to enemies again in the span of a few scenes. Hunt is full of twists and turns that ratchet up even more rapidly near the end, and, combined with the occasional non-chronological storytelling, it can unfortunately be all too easy for viewers to lose the thread of the story. 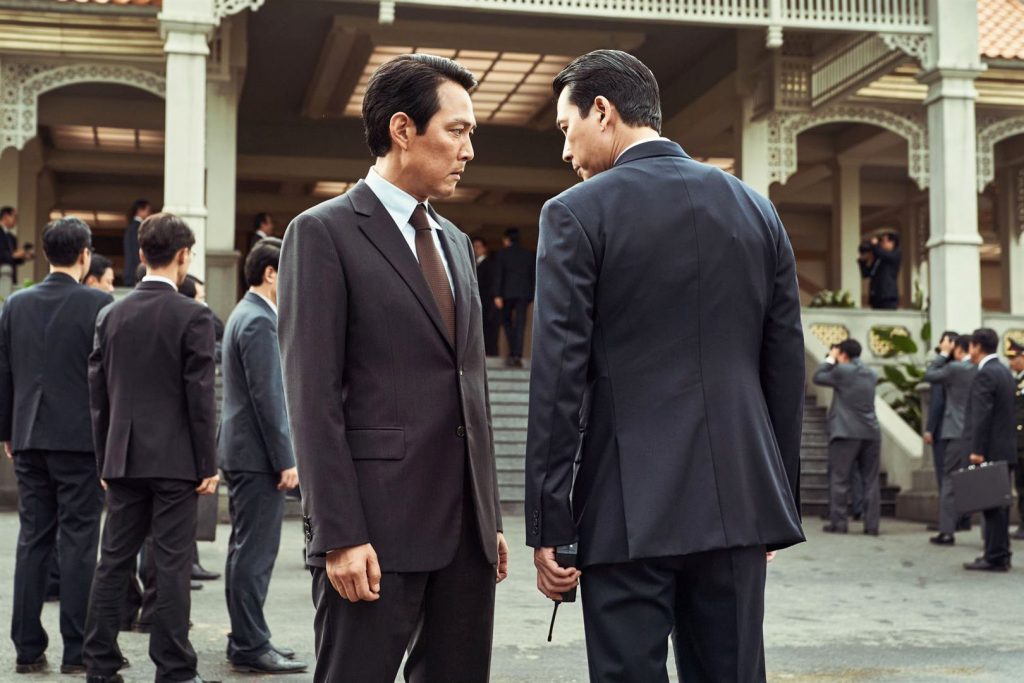 Throughout the film, both Lee and Jung maintain a physical and emotional intensity in their portrayals of their characters that reflects the high stakes and mystery of the espionage thriller genre. When asked about his experience directing and acting at the same time, Lee talked about how he was able to understand the film on a deeper level and how directing brought a new perspective to his performance. As he put it, “The foundation of every script of every film project is the script, so I was more aware of its importance. […] I do think directing and acting at the same time was also helpful in a way because it was helpful for an individual with the deepest understanding of the project and the script to be also directing and acting.”

Audiences will certainly be seeing more of Lee as he moves onto his next projects. Reflecting on his career so far and where he wants to go next, Lee told APA, “Personally speaking, I think I prefer genres and characters that I haven’t tried before. I want to try performing all these different characters, so I’ve become a lot more adventurous in my selections of projects. That’s how the Squid Game offer came to be, and that’s how the upcoming project in the Star Wars franchise came to be as well. I know that it will be a challenging task for me, which is precisely why I chose it. So I want to try all these different things that I haven’t tried before so I can continue to meet new projects that excite and invigorate me.”