At the last stop on her six-city tour, Malaysian singer Yuna serenaded a packed room of eager fans at the Parish Room in the Anaheim House of Blues. At the small bar venue, the crowd was treated to an intimate setting with the artist straight after the release of her newest album, Y5. Supported by opener Dresage, Yuna put on a show full of dreamy synth and R&B tunes.

Welcomed by an energetic room of friends and fans, Yuna stepped on stage in a fuzzy hat and a comfy outfit with long pink sleeves. Starting off the night with “Make A Move,” a track from the Y2 installment, she transformed the gothic bar into an airy, bedroom pop setting. Her stage presence awed fans, as her honey-sweet vocals swayed listeners left and right. Despite her regal demeanor, she took time to reveal her honest, inner thoughts while writing the guitar bop, “Don’t Wanna Know.” “The song is about when you’re in a relationship and you know that your partner is having an affair and cheating on you,” chuckled Yuna. “And you’re just like, ‘I don’t wanna know.’ You’re in denial. I thought it was a funny thing to write about.”

Considering Yuna’s large discography, she also took a step back from her newest album and turned the clock back to some oldies but goodies. Listeners dance and sang along to an assortment of tracks from albums like Decorate, Chapters, and Rouge. To my dismay, the funk track “Blank Marquee” was not on the setlist, but I was more than happy to hear “Castaway.”

Taking a break from her studio albums, Yuna treated fans to a rare rendition of her Malay song, “Dan Sebenarnya,” on an electric guitar. The song was originally released on her 2008 self-titled EP and is officially recognized by Yuna as the “Yunational Anthem.” Although the crowd at Malaysia’s Good Vibe Festival 2019 could sing along, the audience at the Parish Room mostly cheered Yuna on as she sang the sweet melody.

Wanting a little reprieve from singing alone, Yuna taught the crowd to sing along for “Relax Your Mind.” Clearly, everyone practiced beforehand as she hardly needed to conduct the audience on their timing. Impressed at their perfect pitch and command of the song, the soulful singer complimented the crowd’s efforts with a “very nice.”

When Yuna joked that her love song, “Can’t Get Over You,” would be her last song, fans erupted with sounds of disappointment that the November Tour show was coming to an end. Of course, it wouldn’t be a Yuna show without her hit collaboration with Usher, “Crush.” But there was no coming ‘down, down, down’ from that serotonin high. Luckily, the “Make Believe” singer had one more song up her sleeve before the finale.

However, before Yuna could finish her closing statements, a rowdy fan from the crowd interrupted her speech with calls of “encore.” Although this person had been addressed by security, Yuna kept her cool and assured them she heard them loud and clear. Ending the night on the emotional song, “Someone Out of Town,” Yuna took her leave and waved goodbye. The inclusion of a song from her 2012 Terukir Di Bintang album was a love letter to fans who have been with her since her early days. Until Yuna’s next headlining tour, fans will have to hold on to their ethereal experience at the Parish Room.

Check out the photo below to see all our photos from the concert in Anaheim on Facebook! 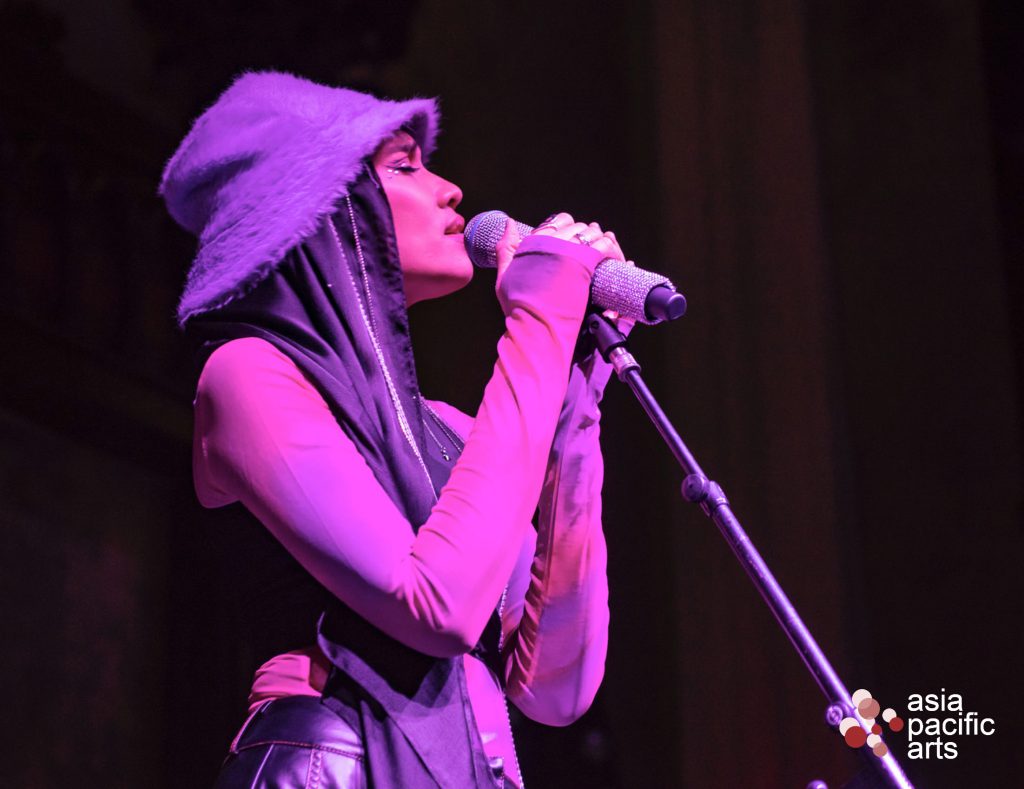