“Shoutout to Nathan, Andrew, Patrick… I’m just being random. Yeah, I’m sorry,” yelled Mark at the top of his lungs, alongside GOT7, during the 13th Korea Times Festival. The starry-eyed talent was ready to take on the world with the rest of his bandmates. Now, eight years after GOT7’s debut in 2014, Mark stood alone on his first tour to promote his album, the other side. With a live band and dancers, he commanded the crowd with a prowess built from years as an experienced artist. His two nights at the El Rey Theatre were a long awaited one for Ahgase, family, and friends alike.

Opening for the show, Wesley Feng (weswes or Wes) won the audience’s hearts with his R&B tunes. Charismatic and suave, he cultivated a lighthearted vibe with those who came for a party. As a proud Asian American artist, Wes’ vocals and delivery wooed new listeners from the 626 area he grew up from and more. 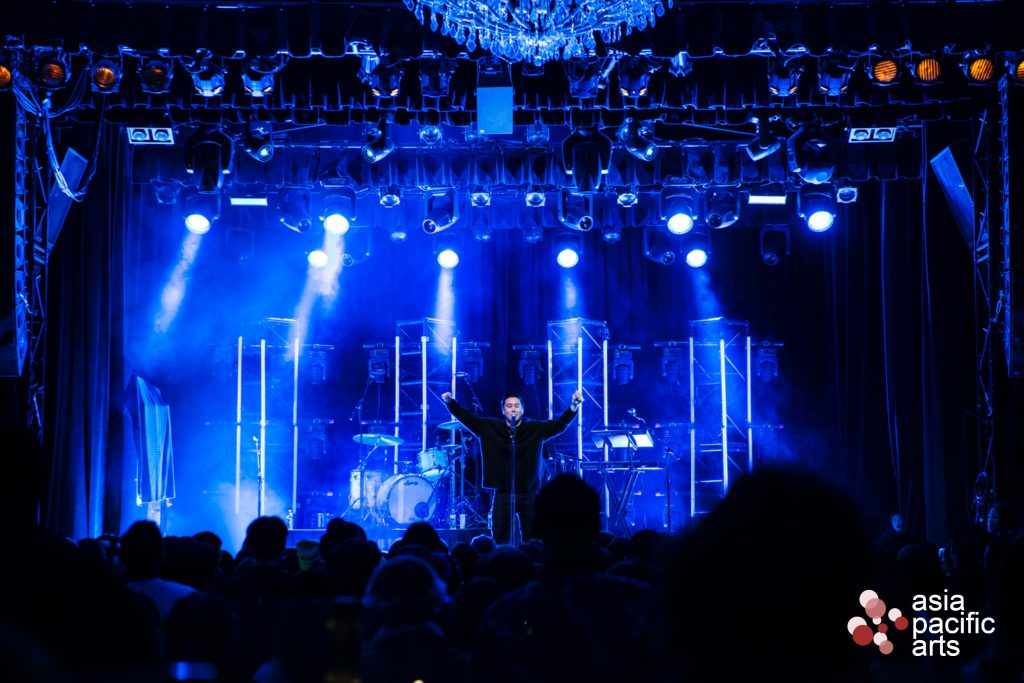 After 16 stops and a two-night performance in LA, one would expect Mark to be winded from performing a 22-song setlist throughout his North American tour. But that was clearly not the case as he jumped on stage while the curtains opened to “save me.” He made sure his energetic presence was known as he dashed left and right on stage in his clean-cut two-piece suit. Despite being a new solo artist, Mark confidently sang through “last breath” to “imysm,” all vocally demanding tracks, with a good command of his voice. Between songs, he would get personal and talk to the audience about his experience working on his album.

“Will you guys be there for the next concert? Even if it takes a couple of years?” Mark asked, seeing the number of Ahgase in the crowd. Although he couldn’t provide more information about a GOT7 tour, he hinted that they’ll be back but it may take some time. As an evolving music producer and vocalist, Mark is steadily finding his foothold in the industry. When he came back home and tried to figure out what he wanted to do, he imagined music would be something he’d “give up on.” Although, he initially felt directionless while working on the album, he ultimately decided he wouldn’t leave.

Bringing on two dancers for “change up” and “exhausted,” Mark showed off the energetic charm that caught the eye of fans when he was in GOT7. Unfortunately, he didn’t show off his flawless backflip like he did at the Chicago and Minneapolis shows given the small size of the El Rey Theatre stage. That didn’t mean that he left his dancers hanging; he was just as into the beats as they were. Changing into a fitted short sleeve turtleneck, he gave a sentimental delivery of “only human” before a TV was rolled on stage.

Here are the clear photos of our banners and LED scrunchies🫶

As a special surprise, the hardworking people behind the Mark Tuan Project presented him with a fan video of his journey from GOT7 to now. The touching, passionate energy from his fans drove the musician to tears as he delivered an emotional display of gratitude. He thanked the crowd for supporting him throughout his career and wore the project’s purple scrunchy on his wrist. In addition to still being able to execute impressive choreography, Mark was not afraid to be vulnerable as he wept from the gift his fans gave to him.

Just like how the lyrics go, we want you to know you’ve done your best to make us happy. Congratulations @marktuan on finishing your tour successfully💜 We are so proud of you!
To more memories with you🫶 pic.twitter.com/AqHLTqfgug

“It’s hard for somebody to leave that scene and try to do something on their own,” reflected Mark. “It was kind of scary and I seriously did not know what the results were going to be. But I believed in my fans and you guys, that no matter what, you would have my back.”

While the final third section of the concert was devoted to ballad tracks, it wouldn’t be a party if he didn’t end the show with an encore remix of “imysm.” He continued to provide fan service to the crowd with one last outfit change, showing off his well-toned physique: a crop top of his tour shirt. Fans hollered into the night as Mark and his crew took one final bow to close out the tour.

Performing in front of his closest family and friends—who held a “We Love Mark” sign from the second floor—the soloist couldn’t help show the raw limits in his voice. Yet, it’s the way the “never gonna come down” singer continues to challenge himself by testing his limits that makes him so admirable. His pursuit and drive to better himself as an artist will continue to take the “one in a million” entertainer further.

Check out the photo below to see all our photos from the concert in Los Angeles on Facebook! 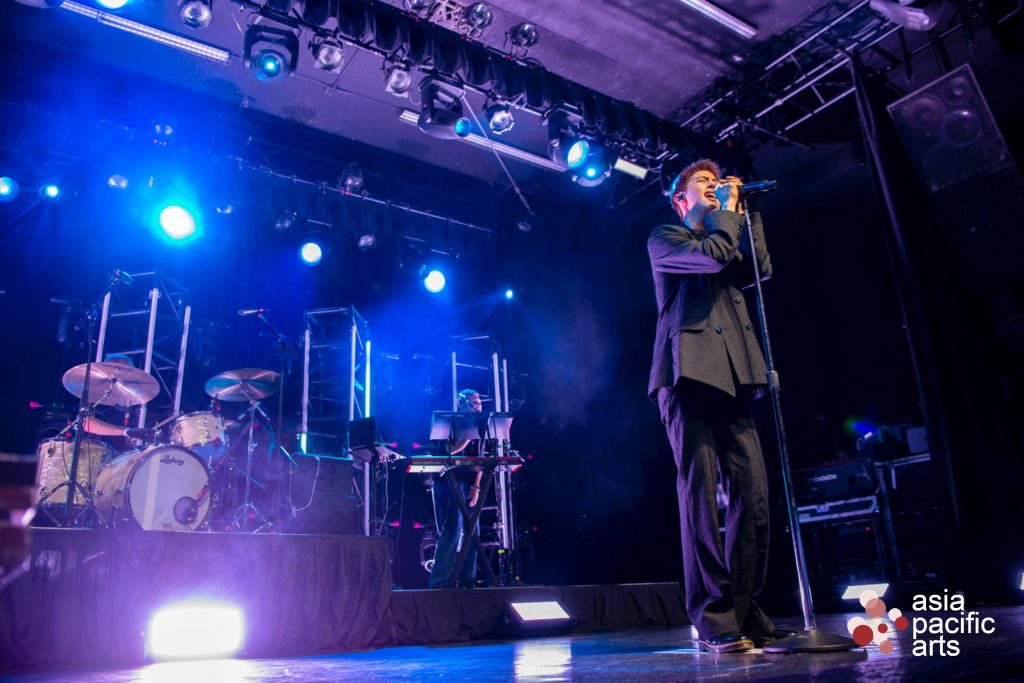