Considering the difficulties so many have faced in the past few years, everyone has been in need of some healing. The Rose created a concert to be a safe space for both the band and their fans, known as Black Rose, to come together to enjoy music, be real and “heal together,” as the tour is named.

With the meaningful theme for the evening, certain performances felt all the more special. Fans were ecstatic to hear older songs such as “Sorry,” “I Don’t Know You,” and “She’s In The Rain,” as well as Woosung’s “Modern Life,” but it was clear the main focus of the night were the performances from their latest album, HEAL. Vocalist and guitarist Woosung started off by introducing the album, describing it as a tool and friend to be by Black Rose’s side, whether they’re going through something big or small. 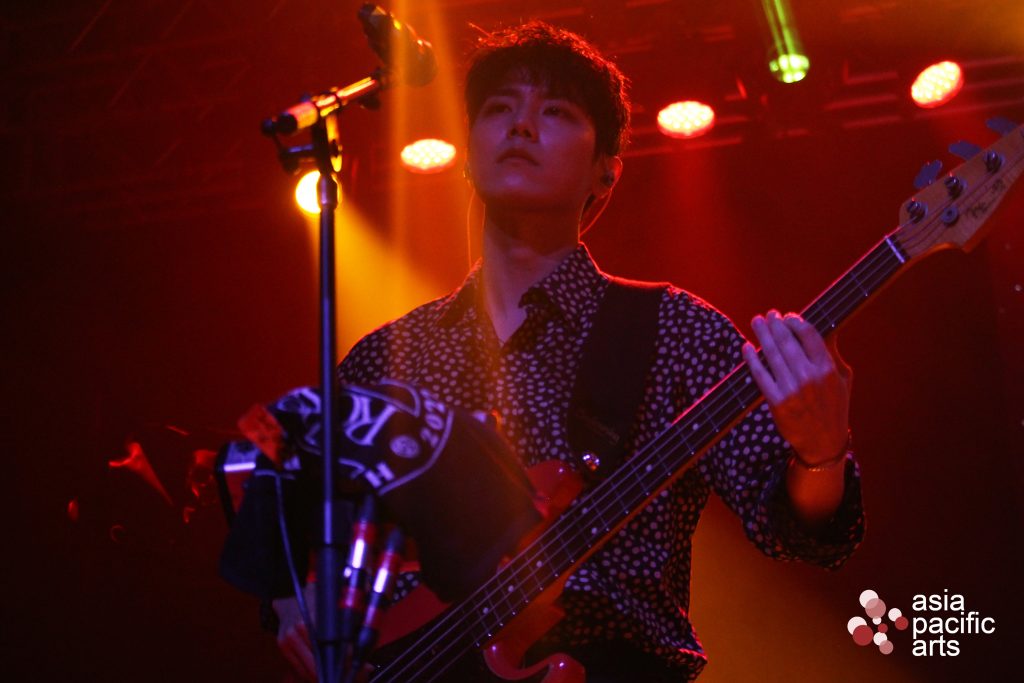 The setlist followed the common steps of healing, taking fans through acknowledging and accepting the issue, seeking help, and finally finding closure through the songs on the album. Starting off with “Definition of ugly is,” the band expressed its insecurities and loneliness. Introducing “See-Saw,” Jaehyeong, who wrote the song during the pandemic, said it healed himself as he made it. “I had a hard time, but I didn’t want to share with anyone. I got through it thanks to my people and the HEAL project, so I hope someone can be healed through my music, too. That’s my main purpose, and why I shared my story,” said Jaehyeong. The final lyrics, “we’ll make it better, don’t worry,” resonated throughout the venue as fans sang along at the top of their lungs with glistening eyes. Going straight into “Childhood,” the group set a sentimental atmosphere, reminding fans that they should live life fully without regrets.

As they mentioned several times throughout the night, The Rose has neverending gratitude towards their fans, and their performances of “I.L.Y.,” “Shift,” and “Time” underscored that. “Time” is a song that feels like finding closure, ending with the lyrics, “smiling like before, time will heal us.” The highlight performance of the evening was without a doubt, “Cure.” The song revolves around finding a way to recover by leaning on one another. This made for a perfect conclusion to the concert, and the upbeat tempo of the song had everyone jumping and screaming along happily and freely. 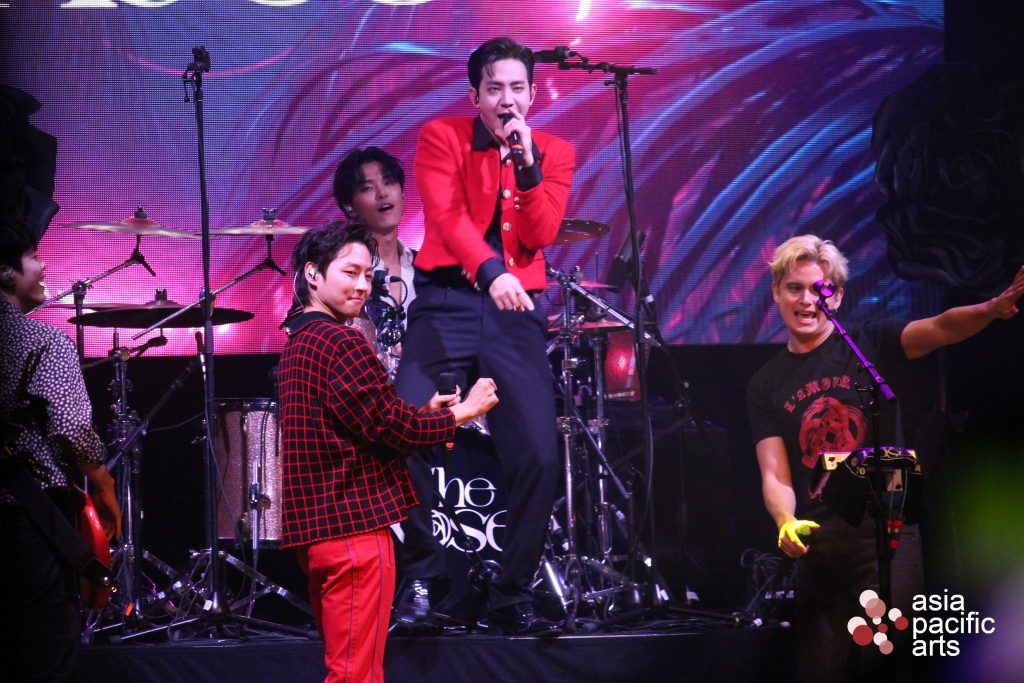 Although the show was centered around a serious topic, that didn’t mean The Rose didn’t prepare anything fun for their fans. Performing “Yes,” which is the first song they’ve released featuring another artist, the group surprised concertgoers by inviting Filipino-Australian artist, James Reid, on stage to perform it with them. Following that, Reid stuck around to perform “hold on tight” for the first time live. The song features Woosung, and the other members Dojoon, Jaehyeong, and Hajoon supported the performance with live instruments and some dancing. Not only did they prepare these two special stages, but they also made casual conversation with Black Roses throughout the evening. Taking time to read signs in the audience, Woosung had to cut himself off several times due to inappropriateness, finding it funny as he searched long and hard for something more family-friendly to read outloud. One sign read “I skipped school for this,” and Woosung happily approved before quickly changing his mind when he remembered one of his high school teachers was in attendance. “Latinas For Papi Dojoon,” read another sign, as Dojoon burst into laughter and said he’d happily be Black Rose’s “Daddy Dojoon.”

While most signs were comical, highlighting the group’s bond with their fans, there were also some that called upon the members to help them find their healing. Turning the house lights on to read, one sign had a special request for the group: “I’m a trans guy. Will you help me pick my new name?” Showing their care and consideration, the members launched into a series of questions, asking what kind of name the fan wanted, whether he wanted it to be a brave-sounding name, or what letter it should start with. After unanimously agreeing that they’re terrible at coming up with names, Dojoon reminded the fan that choosing a new name is something precious. “Even if we do choose something, at the end of the day, it’s your choice.” Rather than brushing off the sign or trying to make a joke of it, the group shared their thoughts seriously and openly, establishing how much they cared about their fans.

Looking out into the jam-packed venue, The Rose expressed their gratitude once more before launching into an encore performance of “Black Rose.” Delivering strong vocals and great music was a given for the band, so instead of focusing on that, The Rose created an emotional experience with their show, connecting with their fans to find inner peace together through the universal language that is music. The Rose turned House of Blues into a safe haven for those in attendance, where everyone could learn, grow, and heal together.

Check out the photo below to see all our photos from the concert in Anaheim on Facebook! 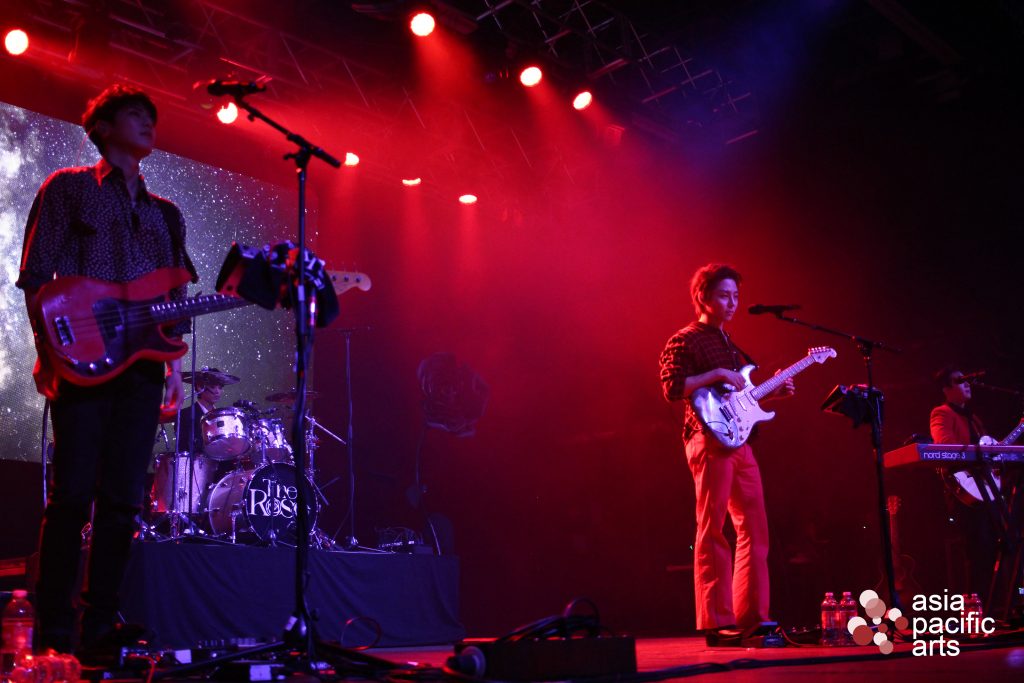