Kang Daniel will embark on his first world tour in 2023. While the list of tour stops has not been announced yet, the soloist will be visiting the U.S. in March, kicking off in Atlanta and finishing up in Los Angeles.

Daniel first rose to fame in 2017, when he participated in Mnet’s survival program show, Produce 101. Quickly becoming a fan favorite, he won the competition with the top spot, and soon debuted as the center of temporary group Wanna One. After the group disbanded, he debuted as a solo artist in 2019 with his own label, Konnect Entertainment. His first EP, Color on Me, set records at time of release for the highest first day and first week physical sales for a solo artist. His title song “What Are You Up To” also earned the singer his first win. Since then, he has released several other songs, such as “Antidote,” “Paranoia,” and “Hush Hush,” which is a special collaboration track with Japanese rockstar MIYAVI.

His latest track, “Upside Down,” was released in May 2022 as part of his album, The Story, and Daniel will also release a repackaged version of said album at the end of this month. 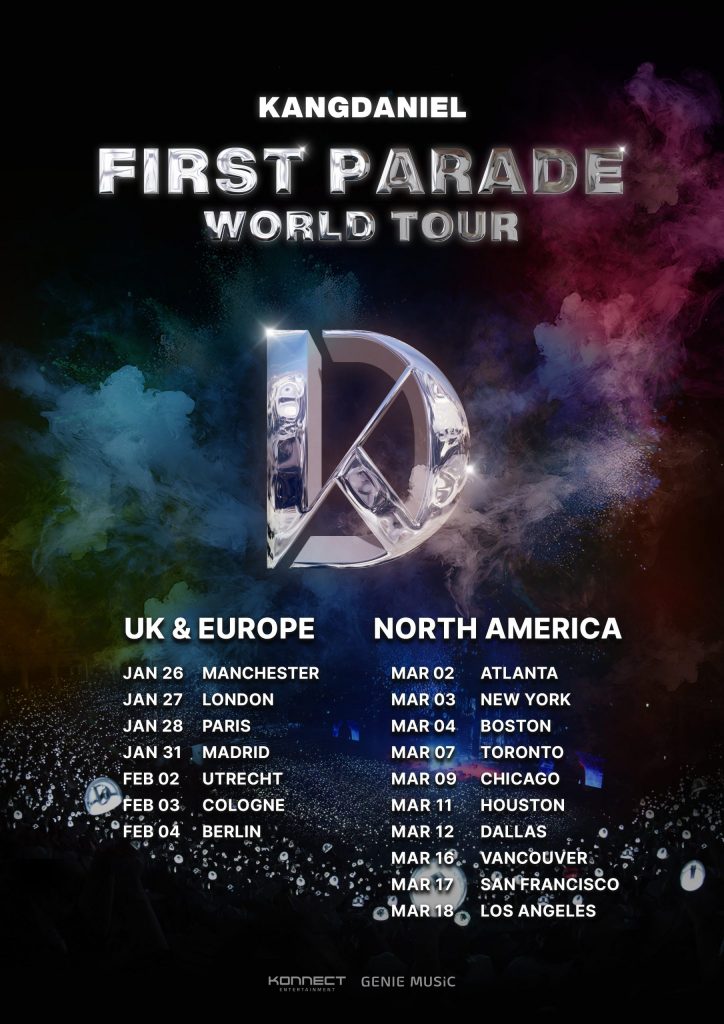