Skip to Content
Home Review BORN FROM, AND RETURNS TO…: Finding Meaning in the Mundane

During the October 28th weekend, Body Weather Laboratory presented BORN FROM, AND RETURNS TO… as part of the Flower of the Season 2022 project at the Electric Lodge in Venice, California. Three local dancers and choreographers performed works inspired by the passing of time, and they sought to reveal deeper meanings in seemingly ordinary concepts.

Dani Lunn’s piece, STARLIGHT BLOOM, was an exercise in contrasts–light and dark, circular and linear, gentle and intense. Lunn emerged from the darkness, illuminated only by two lights on either side of the stage, and her simple black dress with bands of see-through material around the shin and knee sections further reinforced the contrast between light and darkness. Her fluid movements started out small and methodical and gradually grew in intensity and speed until, at the end, she was swinging her upper body as if possessed by some demonic force. Her movement quality was circular and ranged from slow head rotations to full body turns, but her overall trajectory was straight and directed as she traveled confidently across the stage. 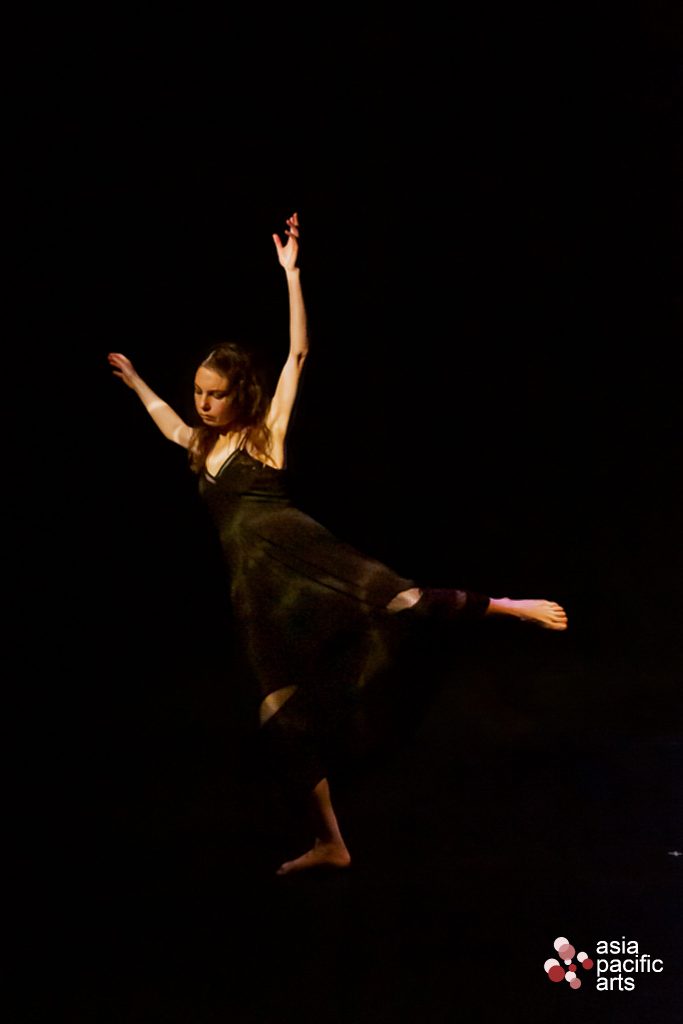 In BLOOM TO FALL, Hyoin Jun’s performance depicted the stages of life from birth to death. It was a simple idea, almost a cliché, but Jun performed in a quirky yet personable fashion that allowed viewers to see themselves in this story. He began as a hunter-gatherer fending off predators in the forest and admiring the natural world with awe, at one point flinging open the side door to let in the brilliant afternoon light and shimmering bubbles.

Against a simple yet sweeping piano and orchestral soundtrack, Jun’s movements represented the naïve fumblings of an infant, the first day of school, the marriage proposal, the birth of a child, and the inevitable feebleness that comes with old age. Despite the almost comedic execution of some of the scenes, the sped-up depiction of life’s milestones magnified the finitude of a human life and the preciousness of every moment. It was a deeply moving performance, so much so that one could be swept up in emotion and forget to appreciate Jun’s clean and powerful technique. Life force was cleverly represented as a pulsing light in a pink balloon, which Jun centered the last third of his choreography around, once even deftly holding onto the balloon behind his one knee while balancing on one foot. 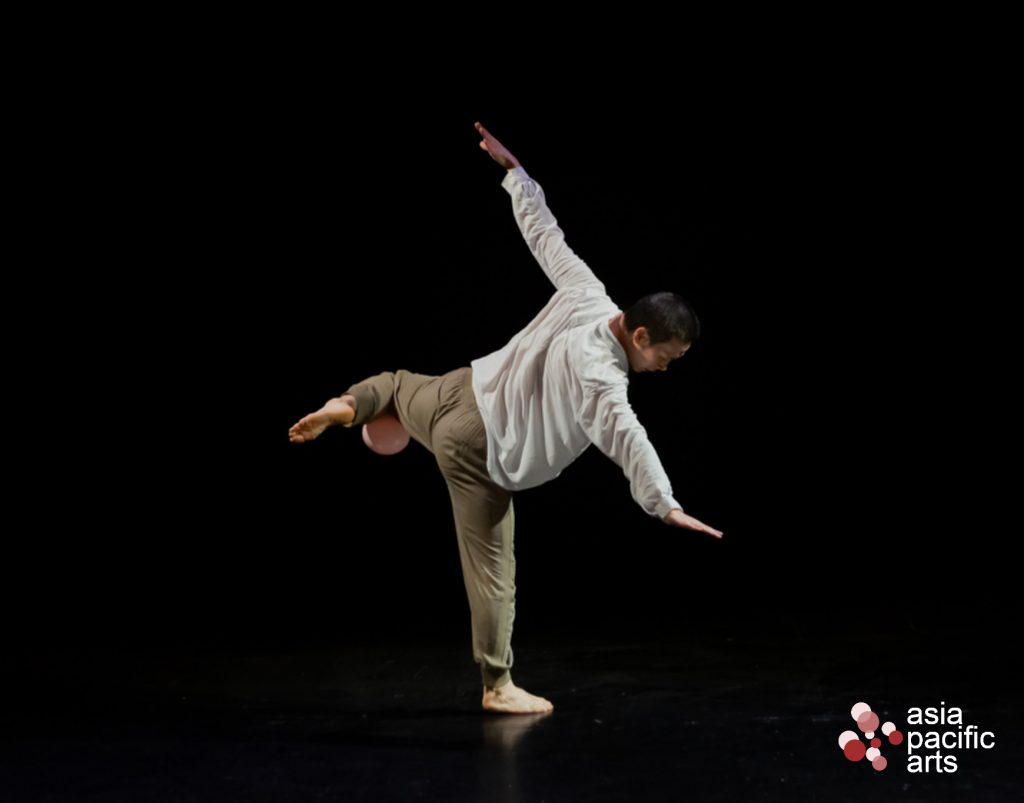 In preparation for DaEun Jung’s performance, titled KKOT (꽃), the audience was asked to read Yun Dong-ju’s Korean poem, “Flowers Bloom in the Garden,” and sit along all four walls in the space. Jung entered in a casual, brightly colored outfit, not unlike something one could wear for an at-home workout. Again, the concept was deceivingly simple. Jung repeated each phrase of the Korean poem out loud multiple times, each time testing out a slightly different variation of an accompanying dance move. When she found a satisfactory interpretation of each phrase, she daisy chained it to the previous phrases, slowly reconstructing the poem into an improvised choreography that she performed facing all four directions. Through KKOT (꽃), Jung provided a unique glimpse into the creative process for developing choreography and illuminated the infinite ways one could interpret even a simple phrase. Jung’s performance was the physical manifestation of this line in the poem: “A few lines of poetry can finally be written not by my brain, but through my body with each cell chewing over the whole year.” 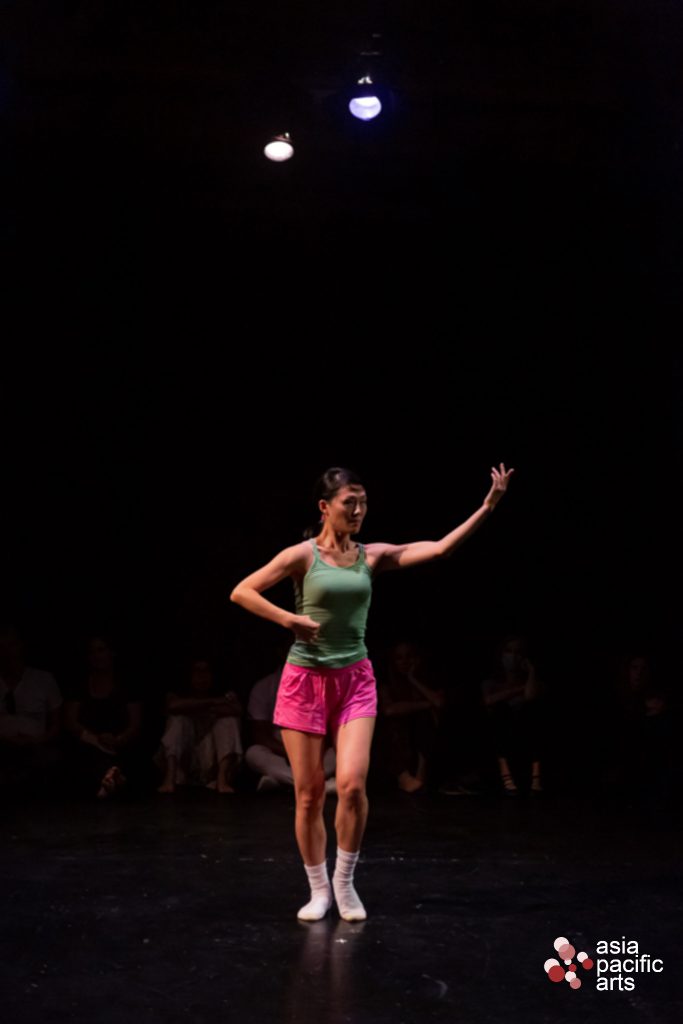