International Secret Agents (ISA) was founded by the music group Far East Movement and media company Wong Fu Productions as an organization that celebrates and elevates the AAPI community, particularly in the entertainment industry. Now under the direction of Dan Matthews, ISAtv has continued to be a leading force in the AAPI entertainment community. In the ten years since its foundation, ISAtv has hosted an annual charity basketball game, featuring Asian and Asian-hyphenated stars across the country.

On November 5, 2022, fans flocked to Foothill College in Los Altos, California to see their favorite Youtube, TV, and internet stars battle it out on the court for the organization’s last charity basketball game. Hours before the event started, there was already a crowd snaking around the gymnasium. Bopomofo, the boba tea company created by Philip Wang of Wong Fu Productions, had set up a pop-up tent to provide refreshments to the eagerly awaiting crowd. Meanwhile, sponsors set up free swag and snacks on the bleachers in preparation. Special sections were set aside for the major sponsors, APIs@Meta and Toyota. Soon fans began streaming inside, and the players began warming up on the court.

Despite the age differences, the game proved to be a close match. While the 30s team won the tip-off, the 20s team was up by the third quarter. The MVP of the night was Helen Wu, sinking in many points for the 30s team. The game was decided by whichever team first reached 21 points in the last quarter, receiving two points for each quarter they had won previously to start. The last minutes were close, leading to a rousing fourth quarter, but the 30s team proved their experience with the final winning shot.

Playing hard didn’t mean it was all serious; the celebrities had fun egging each other on and playing up the antics, from flagrant fouls and bribing the judge (*cough cough* Steven Lim) to giving each other piggyback rides. The emcees, Cathy Nguyen and Chris Kim, kept up the fun with their commentary throughout the game. During half-time, a local dance group entertained the crowd, followed by AJ Raphael and his wife Alyssa Navarro Raphael performing his original song “We Could Happen” as fans sang along.

With proceeds from the event benefiting St. Jude Children’s Research Hospital and Asian Americans for Community Involvement (AACI), the ISAtv basketball game was also an opportunity to get the word out about these important charities and other organizations. AJ Raphael shared his story of being a bone marrow donor as part of Be the Match, and Pranav Iyer, founder of the Asian sports outlet, AMAZN HQ, also spoke of his experience.

As always, it was exciting and inspiring to see so many influential figures from the AAPI community come together to spread cheer to fans and do good for the community. While this may be the last year of the charity basketball game, we look forward to seeing where ISAtv goes next.

Check out the photo below to see all our photos from the game on Facebook! 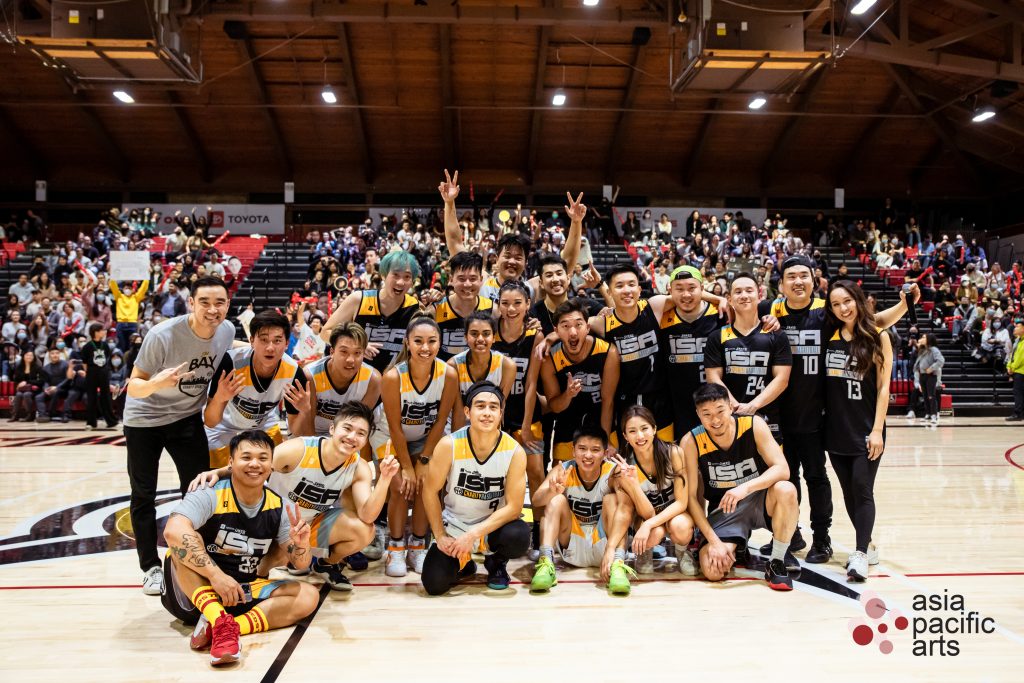