Thuy will tour the west coast of North America this November. Starting in Vancouver and wrapping in San Diego, the Girls Like Me Don’t Cry tour will take place over the course of a month, and seven of 10 shows are already sold out at time of press.

Growing up in the Bay Area, Thuy is a Vietnamese American singer-songwriter with a focus on R&B music. Having growing up around music, she was highly inspired by the 90’s era of music, and began to take music as a career seriously upon winning the Home Turf Competition for 106 KMEL with her song, “Hands On Me,” in 2015. Since then, she’s released several more singles, including “universe,” which has 26 million streams on Spotify. She recently performed at this year’s Head in the Clouds music festival, and her latest album, girls like me don’t cry, was released in October of this year, with a title track by the same name. 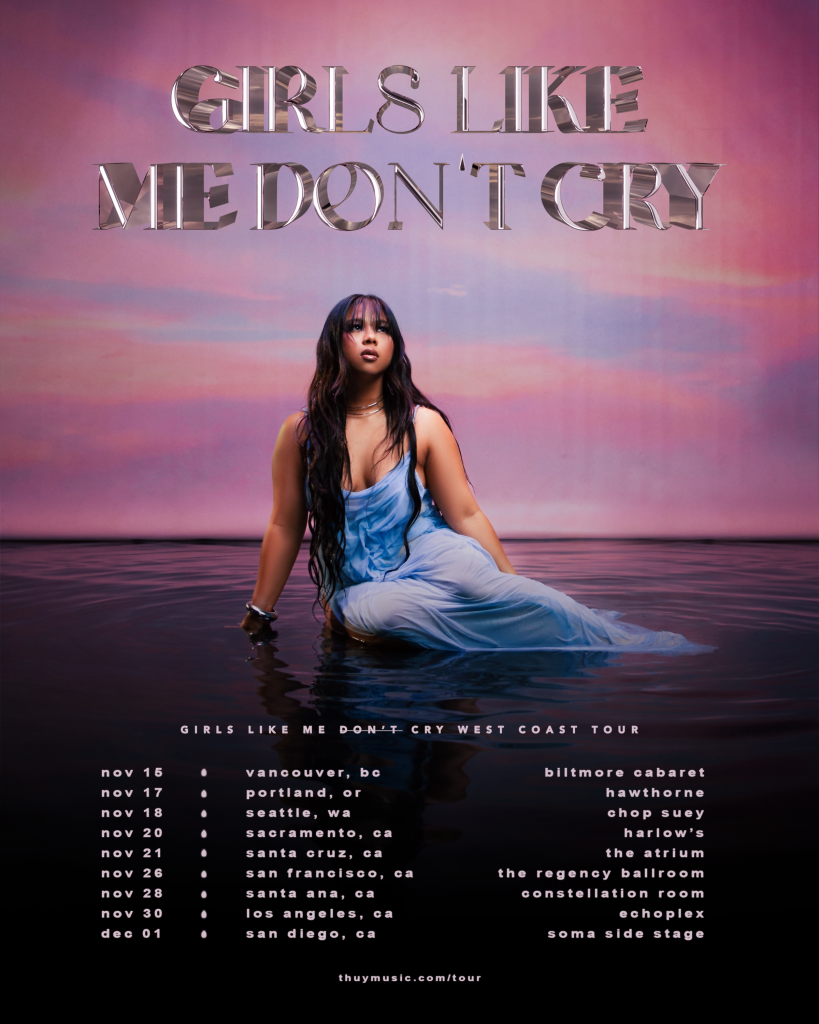