Skip to Content
Home Music Oneus Brings ‘Reach for Us’ World Tour to the U.S.

Oneus will be returning to North America in 2023 for their first world tour, Reach for Us. The group will be coming stateside at the beginning of the year, kicking off month-long tour in New York City and wrapping up in Mexico City.

Oneus debuted in 2019 with their EP, Light Us, and have been consistently releasing new music since. In 2020 and 2021, the group dropped several singles such as “In Its Time” and “Bbusyeo,” and even their first full-length album, Devil. Their latest album, MALUS, came out in September of this year, with title song “Same Scent,” and debuted at #1 on the Korean charts. The album explores elements of rock and themes of temptation, lust, and desire, emphasizing the group’s growth and maturity. The Reach for Us tour will be Oneus’ third U.S. tour, following their 2022 Blood Moon U.S. tour. 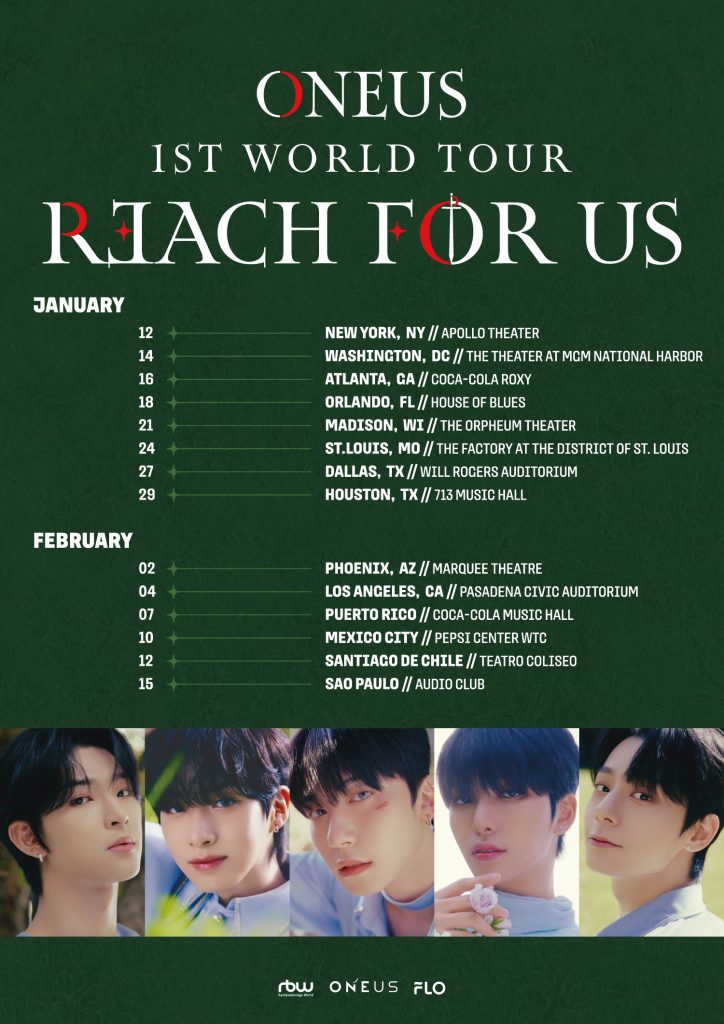