Skip to Content
Home Music Falling into Wonderland with AleXa

On the night before Halloween, AleXa fans, known as A.I. Troopers, flocked to the Avalon Hollywood to see the singer on the last stop of her first U.S. tour. With the spooky holiday right around the corner, fans were dressed in costumes, hoping to win the artist’s costume contest and the chance to take a photo onstage together.

In a quaint venue filled with a small but passionate crowd, fans enjoyed a fun and personal night with AleXa. The small space and audience let the singer interact with her fans directly and often, as she posed and responded to questions throughout the night. Joking around with A.I. troopers, AleXa kicked off the show lightheartedly. “This is the tallest stage I’ve performed on for this tour,” said the petite singer. “I finally get to experience what it feels like to be tall!” The rest of the night was filled with just as many casual jokes and conversations, discussing star signs, MBTIs, and lightsticks (and how they feed into capitalism). One fan even proposed to AleXa, to which she accepted their ring pop, declaring to everyone that they were now betrothed. Despite fans being warned prior to the show’s start not to give gifts or ask for autographs, the singer still honored such requests, taking a plush doll from a fan and signing autographs between sets.

Although the show remained lighthearted for most of the evening, recent events did put a pause to the lively atmosphere. Mentioning the recent tragedy in Itaewon, AleXa asked for a moment of silence from the audience, and the lights dimmed as the somber silence settled over the audience.

With Halloween around the corner, a costume contest was a must. Two lucky fans were chosen to be go on stage for photos with AleXa, and her choices for the night were two couple outfits. One pair was dressed as Howl and Sophie from Howl’s Moving Castle, and the other was dressed as Younghee and a Masked Guard from Squid Game. Other fans in the audience were dressed as a variety of characters, including Princess Peach, fairies, anime characters, and more, to AleXa’s delight, as she had been a cosplayer prior to becoming a singer. Unfortunately, though, the singer herself did not dress up in any costume, opting to continue her show in her usual stage outfits.

While AleXa’s bubbly, quirky personality made concertgoers feel like they were spending time with a close friend, the singer is also well-known for her strong performances. The night started off with the soloist’s EDM-centric music trilogy, comprised of “A.I. Trooper,” “Bomb,” and “Do Or Die.” Executing sharp dance moves synchronized with four dancers to hard-hitting bass, the singer could barely breathe by the time she took a break. Showing off not only her dancing, AleXa also slowed things down with emotional songs like “Never Let You Go” and “Moon and Back,” the latter of which also featured a banner project by fans to welcome her to LA. Crowd pleasers for the night included “Tattoo,” during which AleXa unexpectedly offered a geometry lesson to the crowd, “Obsession,” which had co-writer Vanessa Jefferson singing and dancing from the balcony, and the American Song Contest winning song, “Wonderland.” The singer also revealed songs off her upcoming album, including “Please Try Again,” a self-written, English song.

“Trick or treat” is usually the question to ask on Halloween, but for A.I. Troopers in attendance, the show was no doubt a treat. 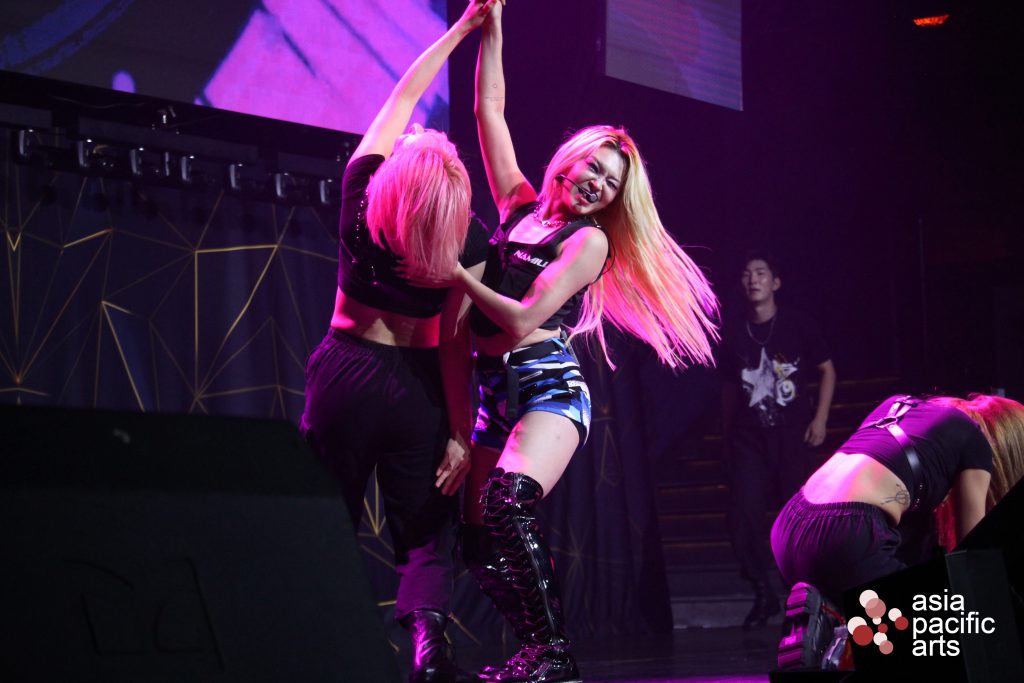