In a world of distraction and urgency, Japanese folk singer Ichiko Aoba offers much-needed solace through her music. The singer, songwriter, and multi-instrumentalist creates songs that transport listeners to Ghibli-esque worlds and dreamy, imaginative soundscapes, and her show in Los Angeles marks the second performance of her first-ever U.S. tour.

Sitting in the middle of the stage with her guitar, illuminated by a soft blue light, Aoba starts the evening with “kokoro no sekai,” and her clear, controlled voice rings clearly over the accompanying broken guitar chords. As the guitar part finds its regular rhythm, the song gains momentum and floats along, as if buoyed by river currents.

Many of the songs on her set are from her latest album, Windswept Adan, which was conceived as a soundtrack to an imaginary film that follows a young girl navigating life on an island without spoken language. Aoba’s music draws you into her world, her soothing voice guiding you gently through the ethereal, sometimes unexpected, harmonic landscape. 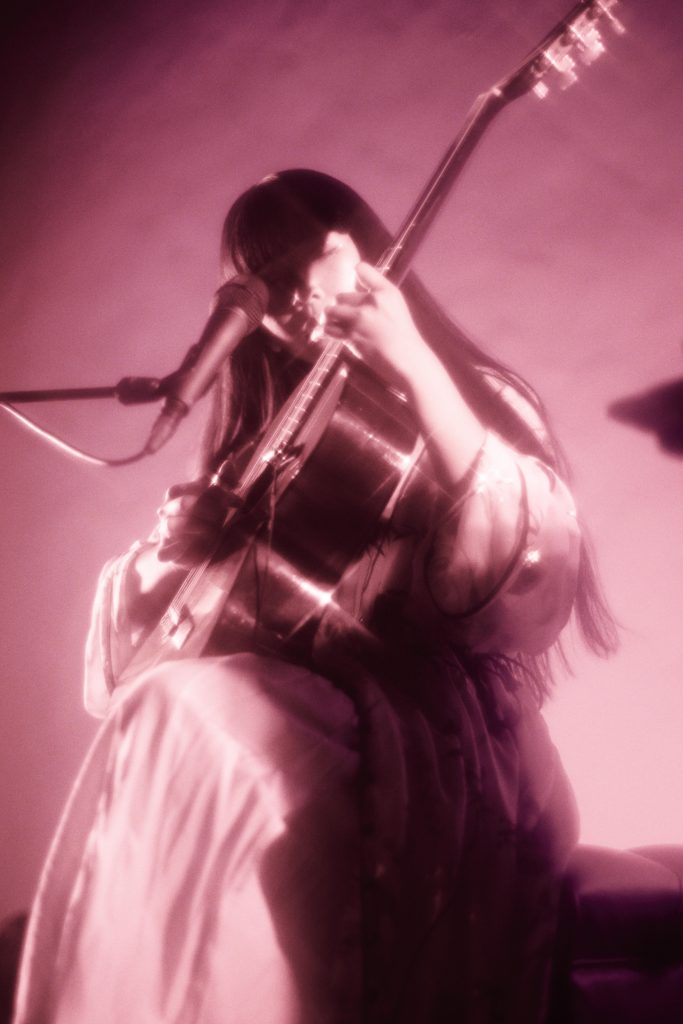 She transitions seamlessly from the wistful “Horo” into “Easter Lily” and closes the piece with a whistled segment. Aoba’s spectacular guitar ability is on full display as she seamlessly transitions through various fingerpicking and strummed patterns while maneuvering across unconventional chord progressions. She artfully combines the simplicity of folk and the experimentalism of jazz with a rock-solid technical foundation to create a uniquely intimate and imaginative sound.

“Sagar Palm’s Song” opens with the guitar in an odd meter, which gives the track a lopsided rhythm and keeps the listeners on their toes. While it soon transitions into a more comfortable rhythm, the syncopated pattern of accents maintains the off-kilter rocking feeling on top of the inviting, calm soundscape.

She performs a few more songs from Windswept Adan, “Chi no Kaze” and “Dawn in the Adan,” before performing her most well-known song, “Asleep Among Endives”, which beautifully expresses the magical moments when the world seems to be asleep. Aoba sings without vibrato, but that does not by any means hinder her expressiveness. If anything, this artistic decision lets her resonant tone and thoughtful phrasing shine in every song, but especially during “Asleep Among Endives.” 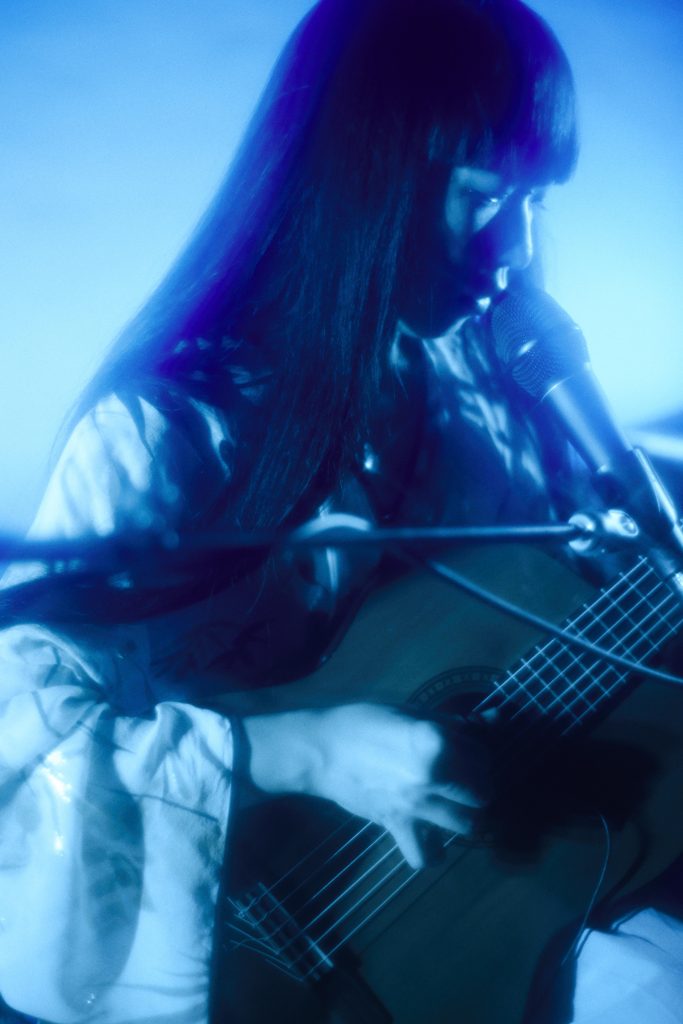 Despite Aoba’s limited English ability, she was able to express her excitement about her first U.S. tour and her gratitude for the audience’s warm reception through a handful of words. In her soft speaking voice, she shares that “this is my second gig in the United States” and is greeted by welcoming cheers and applause. In lieu of extended talking portions in English, she connected with the audience by making adorable animal sounds between songs and conveying scenes and emotions through her music.

Aoba switches over to the keyboard for her next two songs–the melancholy “Seabed Eden” and the graceful “hello”–before returning to the guitar to send listeners off with her last two songs, “bouquet” and “Omedetou no Uta” (“A ‘Best Wishes’ Song”). Aoba’s performance is the closest one can get to a vacation without having to pack any bags–her mellifluous voice guides listeners into tranquil soundscapes and imaginary movie scenes, and what better way is there to wind down from a busy week?