Back for a second tour within a year, VERIVERY brought a renewed, confident presence for their PAGE: O 2022 World Tour. The seven-member group made strides in their performances, applying their learnings from their U.S. 2021 tour and showing VERRERs how much they’ve grown. Fans who couldn’t see the septet perform last December were granted a second chance, while those who came to see VERIVERY for a second time were treated to a brand-new performance.

After releasing their first full studio album, Series ‘O’ Round 3: Whole, in late April, the members of VERIVERY couldn’t have been more excited to show off the fruits of their labor. Leader Dongheon (Main Rapper), Hoyoung (Main Dancer), Minchan (Lead Vocalist), Gyehyeon (Lead Vocalist), Yeonho (Main Vocalist), Yongseung (Main Dancer), and Kangmin (Lead Dancer) filled The Vermont Hollywood venue with their limitless energy. Kicking off the show with their title track, “Undercover,” the members jumpstarted the crowd with their free-flowing dance. In contrast to their first performance in LA, their moves this time were more relaxed, which was also reflected in their stage outfits. During VERIVERY’s first U.S. tour, their fitted blazers and dress pants provided a clean look but may have been a bit restrictive in motion.

As the members moved into “Connect” and individual introductions, both the fans and the group were thankful for their roomy button ups. “Not only did we prepare for our stages, but we also prepared our stamina so we could have fun with you guys,” said Gyehyeon. He dropped down to show off his strength through pushups as Dongheon goaded him with “Show me your stamina!” Their sleeveless and short sleeve tops not only gave them the flexibility for floor choreography, but also gave fans the ability to see the member’s hard-earned biceps. Of course, this wouldn’t be the only time VERIVERY would provide fanservice to the crowd. 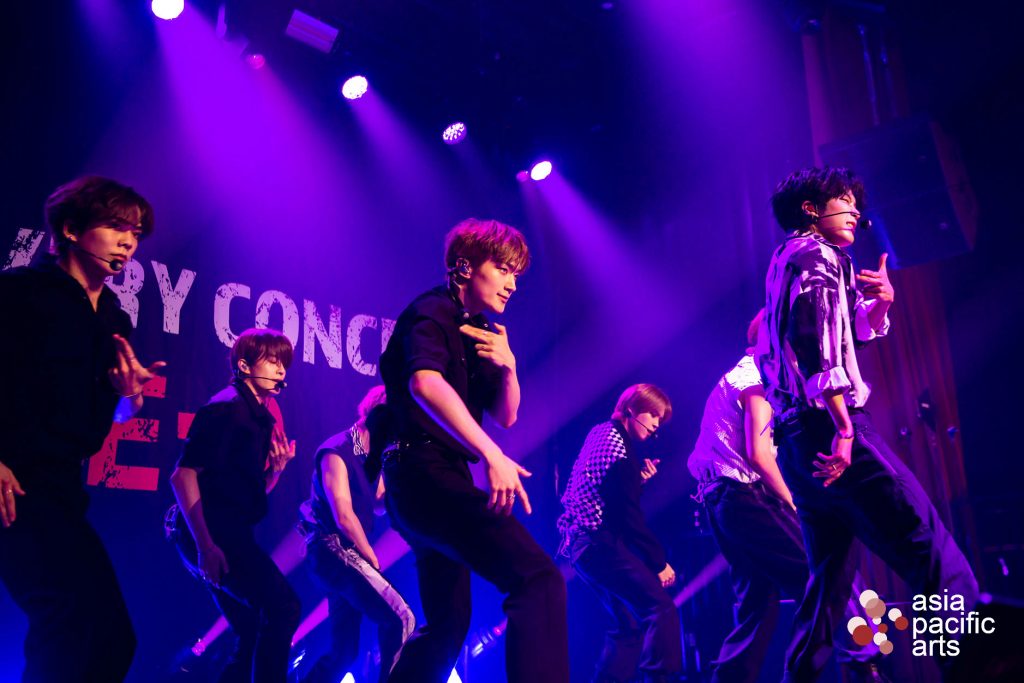 The group showed no signs of slowing down as they pumped out three back-to-back performances that left them out of breath but glistening under the lights. All seven of them were determined and energized by the cheers of their fans. Any time they had a moment to rest, VERIVERY took the time to express how thankful they were for the audience’s continued support. A sign of their growth as a group was in the confidence they carried in their casual banter with the crowd.

The show then moved into a set of special stages curated for an American audience, splitting performances between a dance unit (Gyehyeon, Hoyoung, and Dongheon) and a vocal unit (Yougseung, Minchan, Yeonho, and Kangmin). Fans of WANNA ONE were ecstatic to see a surprise cover of “Kangaroo,” as it showed off VERIVERY’s bright and cute side. Playful bromantic tension was overflowing during their ballad take on Why Don’t We’s “Love Back.” Donning a casual denim and leather fit after a brief outfit change, the seven members reassembled to sing an unreleased song, “Crack It.”

To the surprise of Honyoung, Dongheon eagerly tore open the buttons on his shirt to reveal his well-toned abs. Earlier, the group had asked fans if they preferred VERIVERY’s dark or bright concept, to which the audience voted by barking and screaming during the members’ spicy performance of “TRIGGER.” Teasing the loose fit of their attire, Dongheon wasn’t shy about expressing himself. The rest of the members were caught off guard by the unexpected, wild cheering before realizing their leader threw in extra fanservice to their choreography.

During the last section of their show, VERIVERY went around the stage to take selfies and videos with their fans’ phones. Closing off the Los Angeles stage with an encore, the seven reappeared with their tour shirts and showered the audience with bubbles. It wouldn’t be the end of a VERIVERY concert without some chaos, to which Yeonho obliged fans who asked to be splashed with water from their bottles. VERRERs undeniably had the time of their lives, and VERIVERY gave their all to entertain and captivate everyone who came to see them. 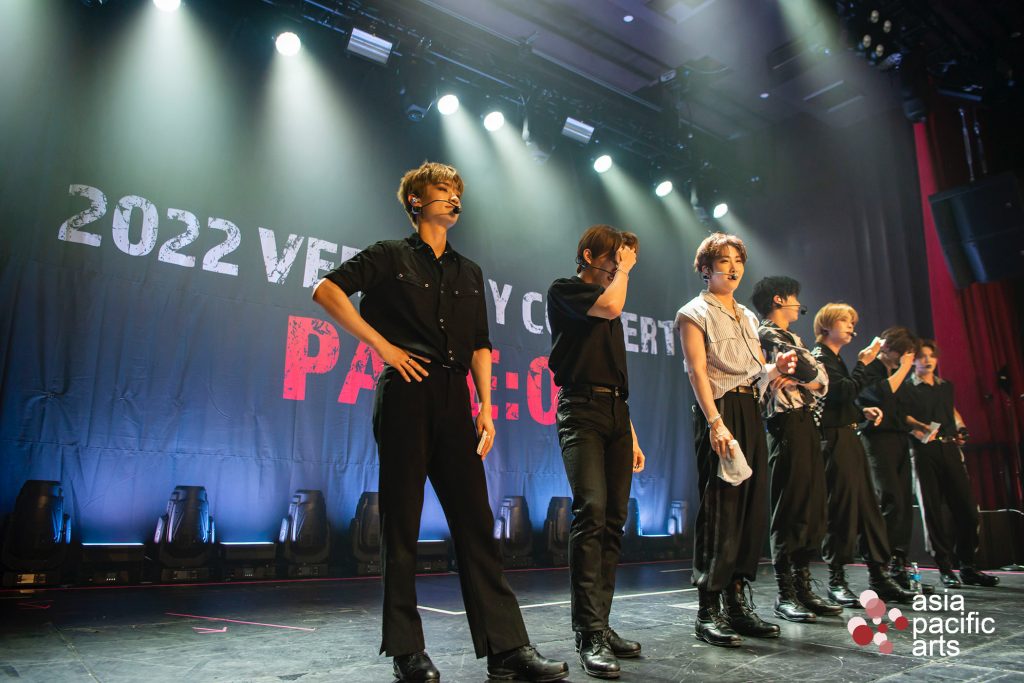