To commemorate the release of their tenth album Luxury Disease, Japanese rock band ONE OK ROCK embarked on a 23-stop tour across North America to show off their latest sound. After years of touring the US, the group finally held their first concert in Oakland at the Fox Theater on October 20. It has been three years since their last stateside tour, so some fans lined up as early as 6 a.m. to secure a spot in the front row of the sold-out show.

Ready to rock, the band stepped on stage to perform “Save Yourself,” a pop rock track but with heavier riffs and heftier drums. Like the music video, ONE OK ROCK was dressed in outfits with a red, black, and white theme. Vocalist Taka’s attire stood out with his red, ratty arm sleeves and striking shin guards. Delivering soaring vocals and instrumentals, the band raised the energy within the venue with “Taking Off.” As fans have come to expect from ONE OK ROCK shows, the group played several grand, anthemic songs like “Vandalize” and “Renegades,” invigorating the crowd with their lively spirit and effortless ability to rally the crowd to enthusiastically sing and jump along.

Luxury Disease comes three years after their previous album and features both ONE OK ROCK’s return to a heavier rock sound and an exploration of new styles. A live performance of one song in particular revealed another side of the band: “Neon.” Co-written by Brendon Urie of Panic! At The Disco, it’s easy to hear the influence of his musical style. Against flashing neon yellow and pink-colored lights, Taka flexed his wide vocal range with theatrical flair, fluctuating between high and low belts with ease. His impressive vocal delivery of the grand musical-like melody with blues rock rhythm was highlighted by his elongated low notes, which aren’t often heard in the band’s repertoire.

Music is about the message, and ONE OK ROCK is a remarkable messenger. It’s moving to see how the band can make a crowd passionately sing at one moment and silence them in another to carefully listen to sentimental melodies. “So Far Gone” is a beautifully heart-wrenching and powerful song that makes listeners remember lost loved ones and feel uplifted by shared memories. Leaving the crowd with “Wasted Nights,” the dynamic rock ballad encouraged concertgoers to live life to the fullest. The band’s masterful command of the audience had listeners hanging on to every one of Taka’s words and cheering through the dramatic pause, before he soulfully belted out the final lyrics.

ONE OK ROCK performed in top form, inspiring thousands in Oakland with their powerful music and spirited delivery. This show proved, once again, there is no such thing as a “wasted night” when spending it with ONE OK ROCK.

Click on the photo below to see all our photos from the concert in Oakland on Facebook! 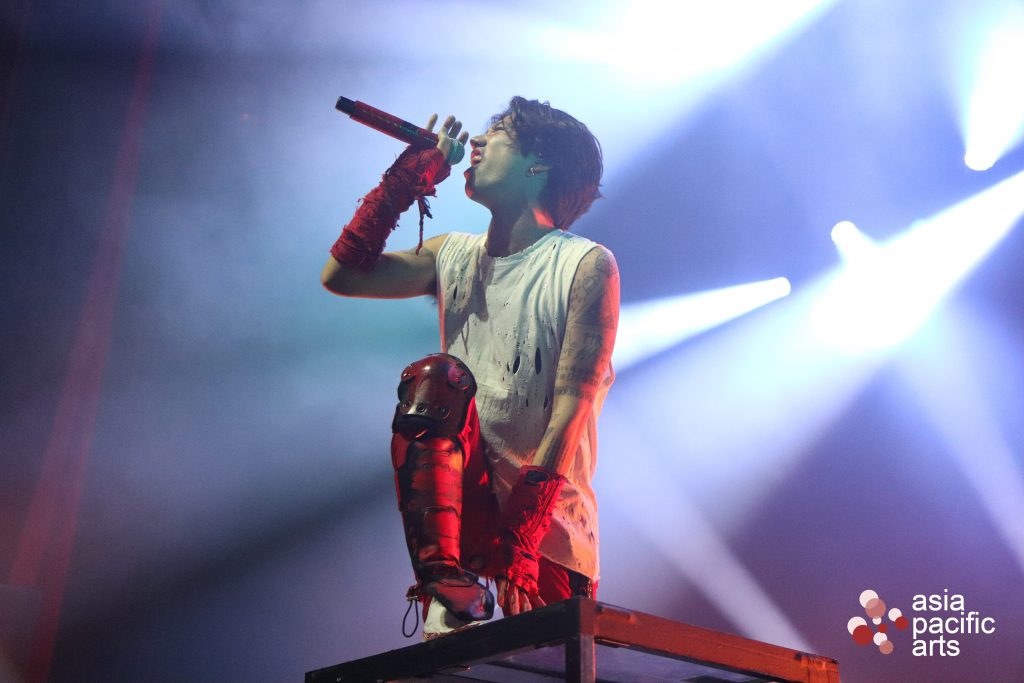