Winding down to the final U.S. stops of the tour, Korean entertainment label DPR Regime performed to a packed house at The Warfield in San Francisco. Signaling the start of the show with a set of rainbow lights that beamed into the crowd, it also represented the diverse styles that the DPR members would be showcasing to concertgoers. DPR Cream walked onto the stage, while holding a burning smudge stick. Despite his brief set as the opener, he left a strong impression with his dreamy melodies on the synth keyboard, punctuated by pulsing beats. 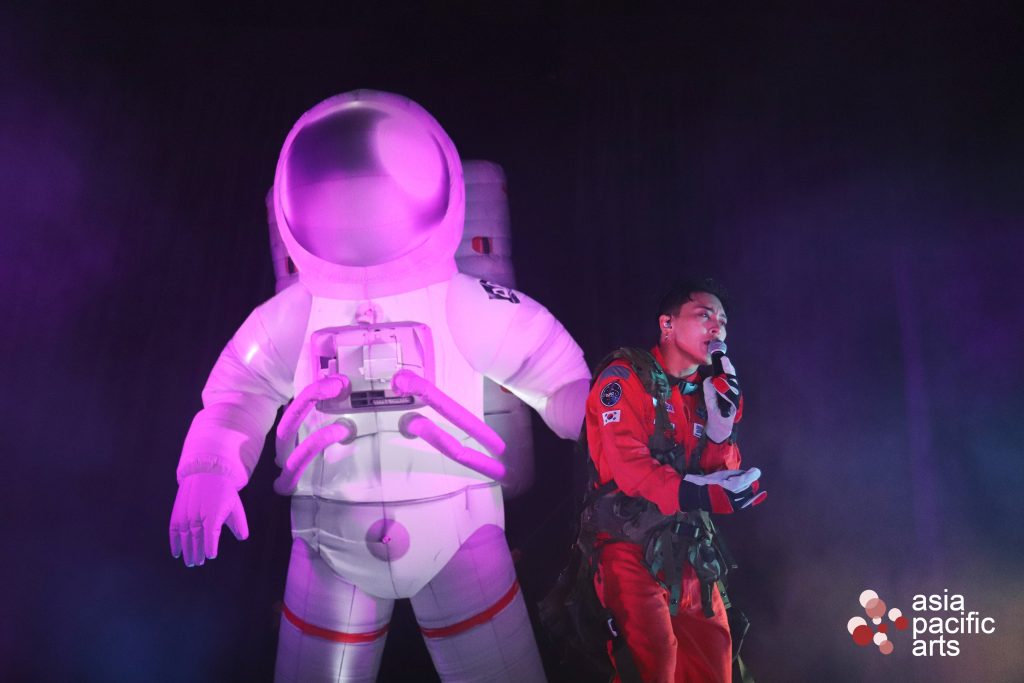 Both headliners, DPR Live and DPR Ian, made their own explosive entrances. Dressed in a bright orange jumpsuit with a military camo harness, DPR Live burst onto the stage like a rocket. With energy through the roof, he darted from side to side of the stage, peering into the crowd as if to make eye contact with as many people as possible. The rapper opened with “Legacy” and “Neon,” effortlessly delivering clear and punchy rap lines in front of a giant inflatable astronaut to complete the space theme. Meanwhile, DPR Ian took a grand and dramatic approach, slowly dancing to the atmospheric “MITO” in a horned demon-like mask with only periodic flashes of light to reveal his movement. This smoothly bled into “So Beautiful,” which opened to the singer on his knees with his splayed hands in the air between two large flapping black wings, before he began to execute passionate choreography full of tight spins, outstretched limbs, and full body caresses. DPR Live exhibited bold confidence, whereas DPR Ian oozed sensual intensity.

Forgoing videos and the use of digital screens, DPR Regime brought a very real, tangible element to the show with heaps of physical effects. Not everything was large and complex like the opening props. When DPR Live performed “Kiss Me” with its romantic lyrics, a stagehand behind a curtain manually fluttered a flowy ribbon to match the floating feeling of being in love. Then there’s DPR Ian singing “Scaredy Cat,” a song about anxiety, while stagehands poked their hands through the curtains throughout the performance to represent the grip that fear can have on a person, before a giant inflatable hand grabbed DPR Ian and dragged him offstage. Integrating the audience into his performances, DPR Live tossed them inflatable pool rings to “Hula Hoops” and had the front rows of the crowd wave around pink wigs for “Taxi Cab,” surprising the rest of the concertgoers. 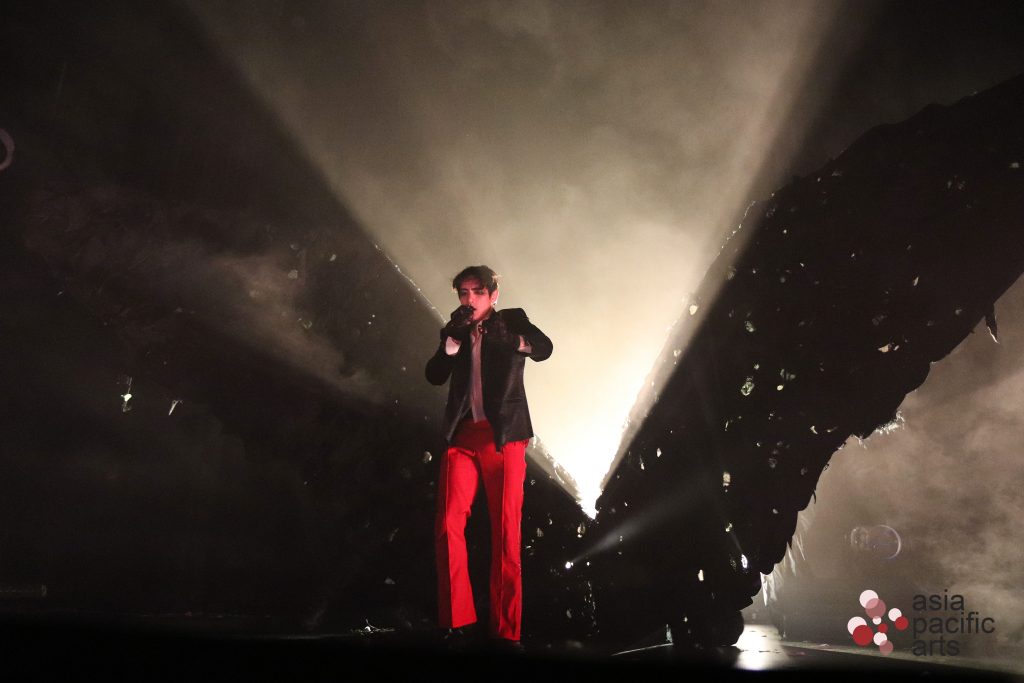 A particular favorite effect was during DPR Ian’s “Ballroom Extravaganza.” Whenever he entered the chorus with the lyrics, “then the word came crashing down,” confetti exploded onto the stage with a flashing strobe light, making it appear like it was falling in slow motion. The level of attention to production detail even extended to using different kinds of confetti, with butterfly shapes for DPR Live’s “Jam and Butterfly.”

The concert culminated in joint performances of “No Blueberries” and the anthemic “To Myself,” including the rest of DPR Regime jumping on the stage and popping colorful streamer cannons into the crowd. An experience like no other, the show was a sampler of DPR Regime’s music and theatrical creativity that gave concertgoers a full view of how they bring their artistic vision to life.

Click on the photo below to see all our photos from the concert in San Francisco on Facebook! 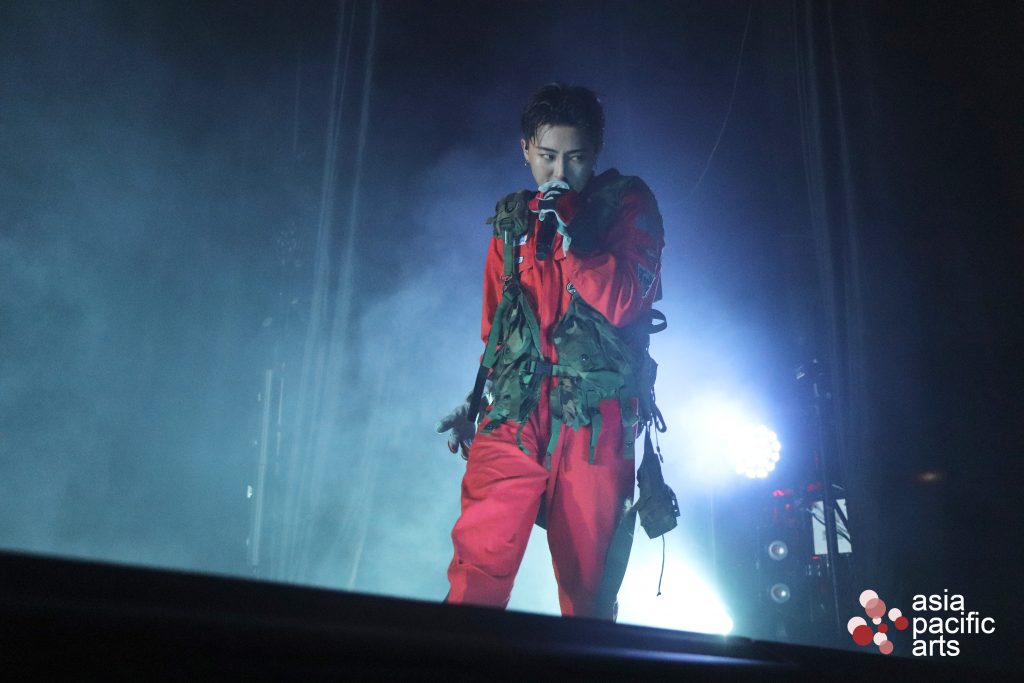