Originally announced in March 2022, Final Fantasy 35th Anniversary Distant Worlds: Music from Final Fantasy Coral kicked off a worldwide orchestral tour to celebrate the franchise’s anniversary. The “coral” in the title refers to the commemoration of a wedding’s 35th anniversary with the gift of coral. Conducted by GRAMMY-award winner Arnie Roth, the performances featured pieces specifically curated by Nobuo Uematsu and exclusive, handpicked videos projected at the concerts. Featuring over 100 musicians, including a choir, the retrospective concert highlighted fan favorites from stories across three and a half decades in this timeless video game series.

Eager fans lined up early to buy merchandise, including limited edition vinyl discs, and interacted with other fans and cosplayers. Despite the popularity of Final Fantasy XIV, the most prominent characters were from Final Fantasy VII. As the show began to start, Roth and the orchestra received a warm round of applause as they walked on stage to perform an assortment of pieces from Final Fantasy I, II, and III. Key scenes from the games played overhead on the projector as the Distant Worlds’ philharmonic orchestra took listeners on a journey into the world of Square Enix’s beloved series. The arrangement included a prelude from the Distant World soundtrack as well as the beloved Chocobo theme.

Once the medley came to an end, Roth congratulated everyone on the celebration of both the 35th anniversary of Final Fantasy and the 15th anniversary of Distant Worlds. There were also surprise appearances by RIKKI (original vocalist of “Suteki Da Ne”), Yoko Shimomura (composer of FINAL FANATSY XV), and Seitaro Tanaka (promotion coordinator) in the crowd. Continuing into FF III’s “Eternal Wind,” fans cheered and laughed at insider Easter eggs, such as the party’s escape from Bahamut. For those unfamiliar, the characters encounter Bahamut early in the story while searching for Desch, and they are forced to automatically flee because of its immense strength.

Fast forwarding through Final Fantasy IV, V, and VI in succession, laughter erupted from the crowd as VI’s “Phantom Train” played alongside a clip of Sabin’s famous suplex move from the pixel remaster. Prior to the intermission, Roth and the orchestra blasted through the “Battle Medley” from the first six games as an exciting finish to the first half of the show. This included a new arrangement, which was a treat for those who have been at previous Distant World concerts or have the soundtracks on repeat.

After a quick intermission, the audience welcomed the philharmonic orchestra, now returning with a full choir. Unlike the chronological and numerical order of the earlier songs, the second half of Coral’s performance was arranged differently from  the setlist played at Tokyo. Rather than starting at Final Fantasy VII, the choir and orchestra opened with FF VIII’s main theme “Liberi Fatali.” Since part one focused on the SNES games, part two kicked off the titles from the Playstation 1 era. CG cutscenes and gameplay music videos stood in contrast to the pixel animations of the earlier games. Transitioning from the earlier gothic mood, Final Fantasy IX’s intense “Ragnarok” kept everyone on edge in preparation for what would come next.

Unsurprisingly, Final Fantasy VII—which was the crowd’s favorite given the loud cheers—set a somber mood with “Aertih’s Theme.” Roth brought the atmosphere back to its previous triumphant energy with Final Fantasy XII’s “Flash of Steel,” as the horn section blared their trumpets. Given Final Fantasy XIV’s surge in popularity in 2020, fans arguably spent the most amount of time playing this title in the past few years. The choir was loud and present for XIV’s “Torn From the Heavens,” but this left fans wanting to hear more from the Shadowbringers or Endwalker expansions.

Despite crowd expectations, Shimomura did not end up conducting on stage. However, she did take an onstage bow alongside RIKKI and Roth at the end of the show. Nevertheless, Final Fantasy XIV’s “APOCALYPSIS NOCTIS” received a roaring round of applause as the fevered harmony between the choir and the orchestra came to a close.

Rewinding back to Final Fantasy IX’s “Not Alone” and XIII’s “Blinded by Light,” these two songs were undoubtedly the best benefactors of an orchestral arrangement. Although, it’s hard to compete with a live performance of Final Fantasy X’s “Suteki de na” sung live by RIKKI. Susan Calloway beautifully sang the English version at other Distant Worlds’ performances, yet there’s a unique experience hearing the original Japanese lyrics over a music video of FFX’s final scenes.

Closing off the main section of the concert was none other than the series’ main theme playing over the credit roll. But of course, there were two distinct songs missing from the entire playlist. After Roth left the stage, he quickly returned to take a quick bow with RIKKI and Shimomura. Now, with everyone back in their seats from being on their feet, the solemn introductory notes of “To Zanarkand” caressed listeners as they watched the emotional separation of Yuna and Tidus.

However, it wouldn’t be a Final Fantasy concert without the most recognizable song in the entire franchise: “One-Winged Angel.” Compared to the “FINAL FANTASY VII REMAKE Orchestra World Tour,” the philharmonic orchestra played the original composition alongside scenes from Advent Children. Slightly disappointing because the Advent Children version includes a rock guitar throughout the song. However, it’s understandable given the original version lends itself to an orchestral arrangement as opposed to a rock production.

Final Fantasy Coral was a grand celebration of the hard work and talent distributed through the franchise’s 35 year history. Although it’s been four years since the Eorzean Symphony at the Dolby Theater, the popularity of the concerts may bring back older tours to North America. The orchestral performances continue to draw in new and longtime fans and will hopefully continue on to perpetuity. 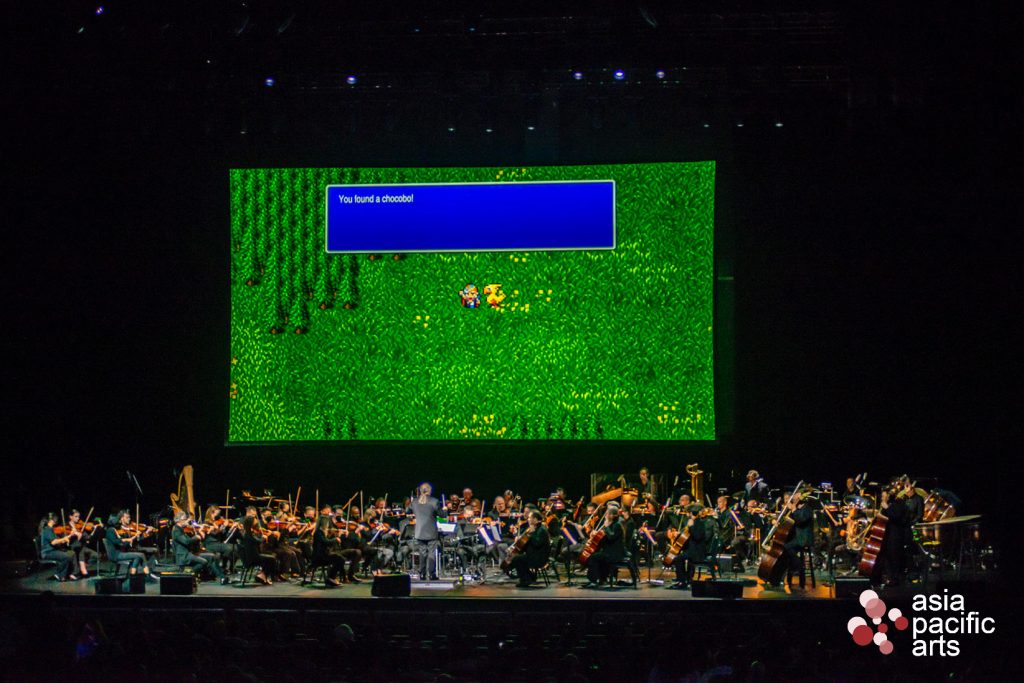