On their first ever world tour, six-piece K-pop group WEi made a stop at Montgomery Theater in San Jose. The intimate concert was attended by vocally passionate fans, known as RUi, who filled up the venue with their cheers. WEi is one of the many groups that debuted during the pandemic, so performing live in front of a crowd, especially an international one, is a really special opportunity for both the band and their fans. Although the group came with a short setlist, they used their time together with RUi to also share their thoughts and aspirations.

With red being a color commonly associated with love, WEi appearing on stage in bold red suits was fitting for the theme of their world tour, First Love. At a quick glance, they may seem like simple red suits, but each member had different portions of their blazer cut out, some in the front and in the back. The group passionately performed the more energetic songs in their repertoire including “Fuze” and “Super Bumpy,” executing fast choreography. One of their best performances of the night was their cover of Monsta X’s “Love Killer,” as they brought a suaveness and an intense energy to the stage that was heightened by the mood-setting red lighting.

Midway through the show, the band changed into white prince-like outfits with black detailing and Victorian-style cravats. This more regal look signaled the group bringing down the intensity and performing sweeter songs like “Blossom” and “Too Bad.” Making use of chairs on the stage, WEi flowed to the slow rhythm of pop ballad “Blossom” with sweeping and gentle movements, as flower petals fell behind them on a large screen. The group also showed off their bright, upbeat sound with “Too Bad,” performing cute choreography and offering fan service galore to the crowd.

In theme with their First Love tour, the group thought about the last time their hearts fluttered, sharing that it was coming to America and being able to see their international fans for the first time. It’s one thing to see the love and support online, but it feels different when it’s right before your eyes. Working toward an October comeback, the group shared that they hope to earn their first music show win, to which the crowd eagerly shouted their resounding support. Ending the concert with “RUi,” a song written for their fans, WEi made it clear how grateful they are to the supporters who have brought them all the way here.

Click on the photo below to see all our photos from WEi’s concert in San Jose on Facebook! 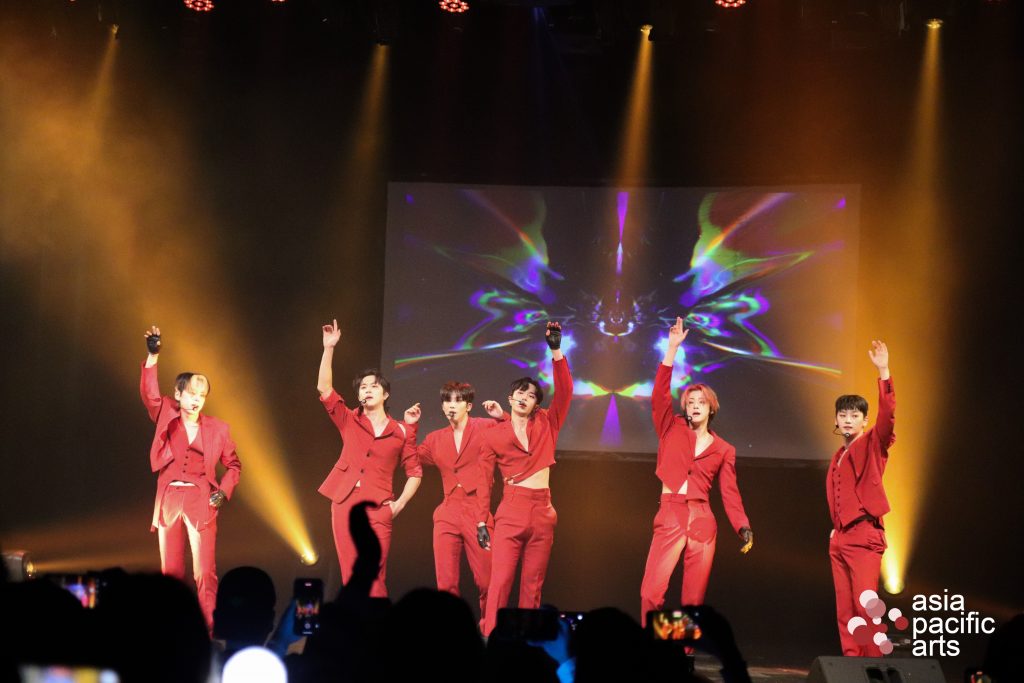