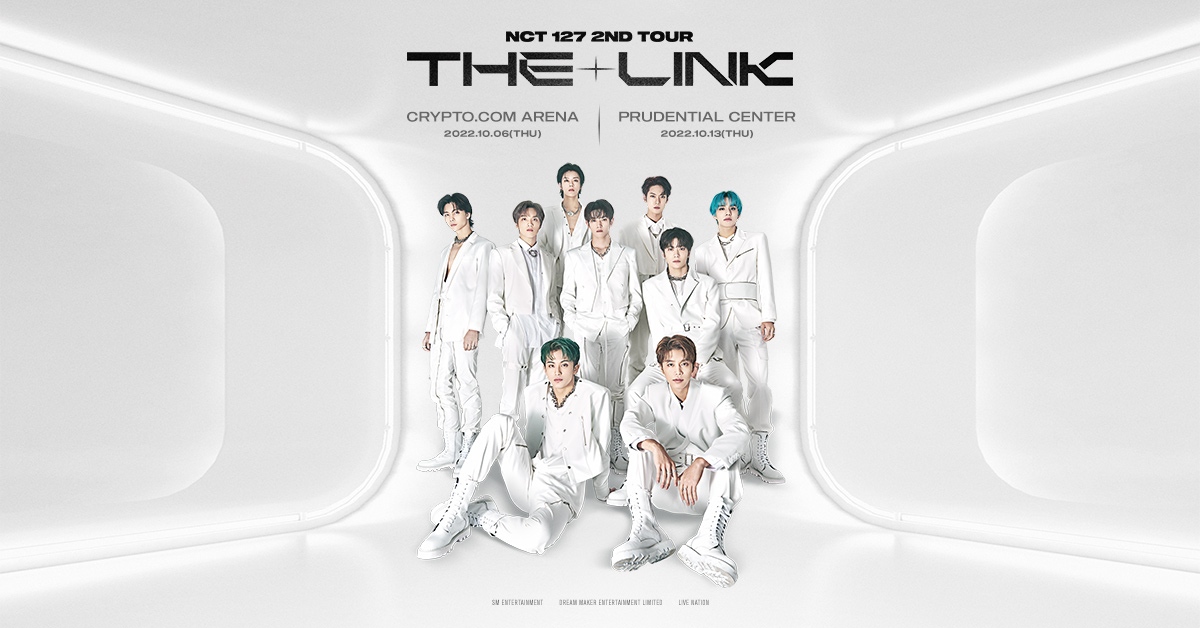 In late August, SM Entertainment’s NCT 127 announced two U.S. stops on their Neo City – The Link tour this year. This will be NCT 127’s second tour in the U.S., with their last being NEO CITY – The Origin in 2019. The group was scheduled to embark on a 2020 tour, Neo City – The Awards, but it was cancelled due to the pandemic.

This year NCT 127 will be performing at the LA Crypto.com Arena on October 6th and the Newark’s Prudential Center on October 13th. The tour poster indicates that more stops will be added, though it’s unknown whether that may include other North American cities.

Tickets went on sale on August 29, and only a few Official Platinum seats are still available.