When KARD performs at a concert, they make you feel like you’re partying with your friends. On August 24th, the co-ed K-pop group made their tour stop at the San Jose Civic. The venue was packed with both long-time fans and new ones. In the five years since KARD’s first performance in the San Francisco Bay Area back in 2017, their fanbase has grown rapidly, as demonstrated by the packed ground floor of the auditorium. Their return to the Bay Area as part of the Wild KARD Tour was welcomed by many fans who were seeing them perform live for the first time.

Early in the concert, rapper BM, originally born in Southern California, brought up how people from Northern California would always claim to have the best parties and the most energy. He proclaimed, “Tonight we can put that to the test,” receiving a thunderous cheer in response. KARD’s own energy was infectious, reflecting back on the crowd, especially during the performance of their debut song, “Hola Hola.” Dancing in amazing synchronicity, BM, J.Seph, Jiwoo, and Somin took over the stage with intense power. As a co-ed group, the individuality of each member of KARD seems more pronounced than single-gendered bands, and their distinct personalities and strengths shone through their performances. As a native English speaker, BM was the de facto MC for the night and hyped up the crowd both during and in between songs. J.Seph brought humor and a sense of playfulness to the atmosphere. Dancing in high block heels, Jiwoo emulated ferocity and confidence in her stage presence. Somin’s vibe was sweet yet sultry; her high tones ringing out clearly. Rather than all dressing in the same uniform or style, each had their own unique outfit. The performances were diverse in more ways than one, from music genre to aesthetics to personality.

During an intermission, the crowd was treated to a video with behind-the-scenes clips of KARD in their natural element. Strung together, the short clips illustrated the close friendship between the members and their down-to-earth nature. This was followed by the members’ solo and duet performances. BM went first with “Strangers” and “Bad Intentions,” as the heavy bass and his low, gravelly voice making the crowd go wild. In a new outfit which consisted of light blue cargo pants and sunglasses, he appeared cool and confident, especially during his dance break between songs. Jiwoo followed up with a sensual rendition of the song “My Medicine” by the rock band The Pretty Reckless, surrounded by red lights filtering through fog. Somin and J.Seph then sang what they referred to as a song with a festival vibe, Camilla Cabello’s “Bam Bam.” After their performance, Somin told the crowd that they had picked this song because J.Seph, who mainly raps in the group, had come to her asking for an opportunity to sing. The fans cheered for Somin’s supportiveness and J.Seph having stepped out of his comfort zone. Grateful, J.Seph thanked everyone for boosting his confidence during his performance. 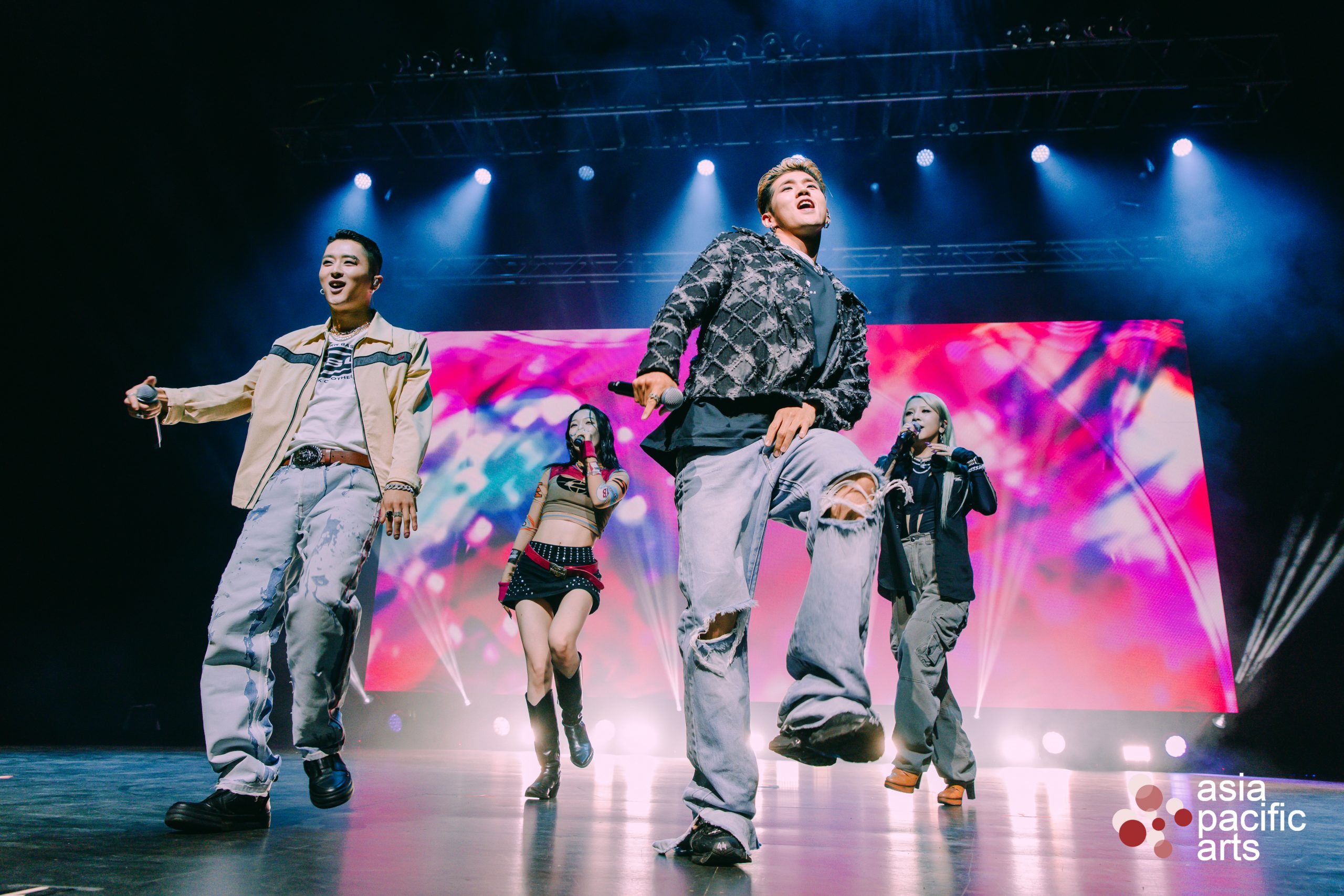 KARD’s ability to keep the atmosphere fun and lively extended beyond the physicality of their performances. Even during their songs that didn’t include a dance number, the crowd’s energy didn’t diminish. Fans crooned along to the chorus of “Moonlight,” happily singing with their idols perched on top of stools, almost like a karaoke session among friends. During “Break Down” and “Whip,” KARD invited the audience to sit down in their chairs as well. You could tell they were genuinely enjoying the set, even singing along to other members’ parts. Throughout their time on stage, they would walk to different areas of the stage, waving at and making eye contact with fans. During the conversational portions, the members thanked everyone for choosing to spend their night with them. It was clear by the amount of audience encouragement and the group’s gratefulness that there was a strong connection between the idols and their fans. At one point, KARD brought out a digital sound meter, continuing a friendly “Who’s the loudest?” competition they were holding across the cities on the tour. At that point, the loudest audience they had so far was their previous stop in Seattle. However, San Jose overtook first place that night with a record of 128.4 decibels.

The playfulness continued to the very end of the show. KARD performed their recent single “Ring the Alarm” as their “last” song before heading offstage. As fans cheered for an encore, words began flashing on the screen: “You thought it was over. You thought wrong.” With chants of “encore” echoing throughout the room, KARD hopped back on stage, this time without choreography. Instead the members danced, jumped, and sprayed water bottles out across the audience and at each other, having the time of their lives. The final song was “Dumb Litty,” a fun party anthem that reflects its title, a phrase BM uses to describe something as crazy dope or awesome. The concert felt like one big party at the San Jose Civic, and Bay Area fans are eager for the next time KARD returns, especially after hints that they will be developing their next album once they return to Korea after the tour.

Click on the photo below to see all our photos from KARD’s concert in San Jose on Facebook! 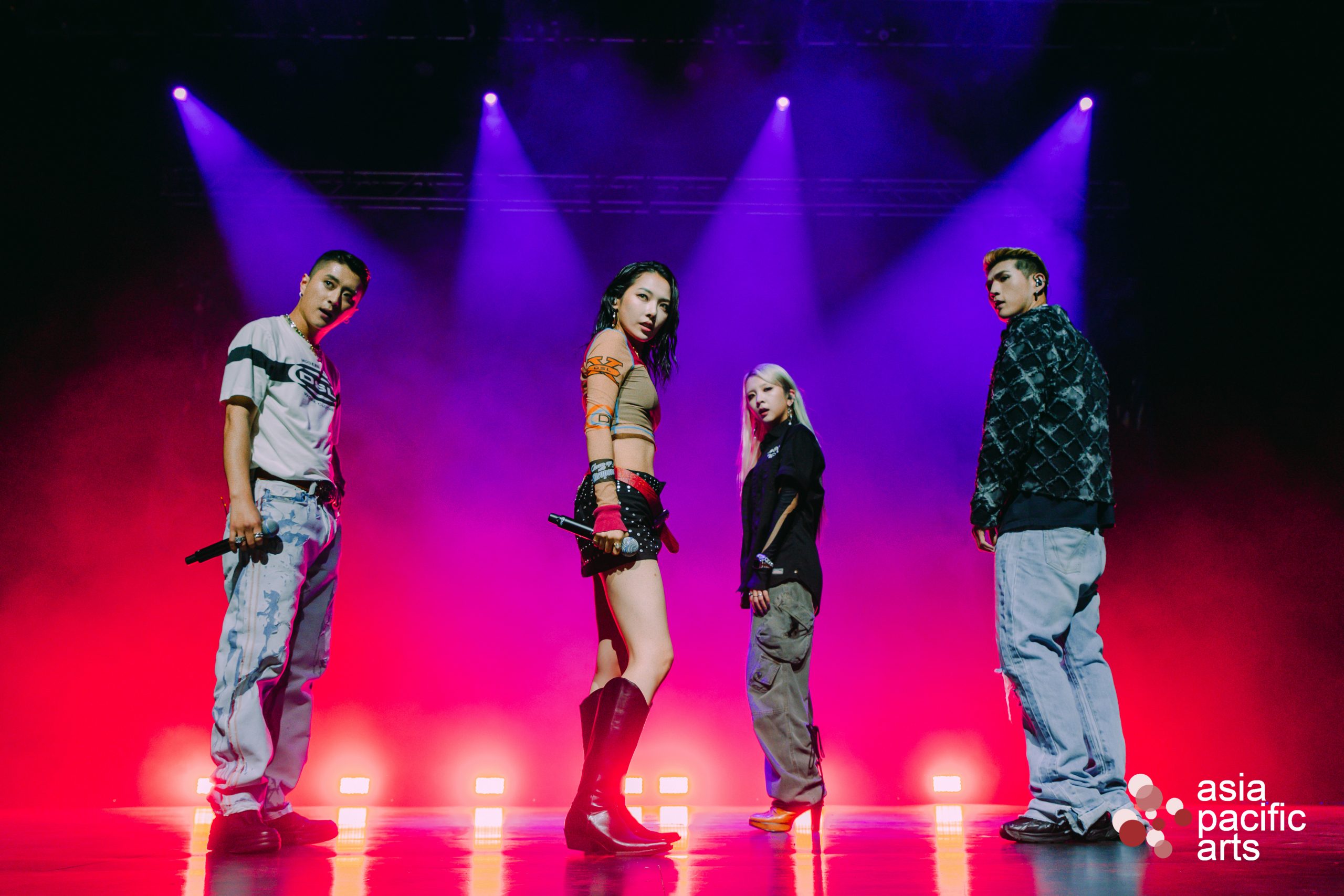