On their 27-stop Be the Sun tour, K-pop boy band Seventeen made their way to Oakland on August 14. The group delivered a whirlwind of a 2.5-hour concert, packed with immersive performances that transformed from stage to stage with seamless transitions. From diverse stage sets and dynamic screens to lasers and pyrotechnics, the stage production created a unique atmosphere for each performance, leaving fans anticipating what would happen next. For instance, the sub-unit performances easily switched up the vibes: one group serenely crooned ballads in dark navy blouses, while seated on steps surrounded by large foliage, and another swaggered on stage in techwear to rap against colorful lasers and flashing screens of abstract tech designs. The 13 members of the group put on a show that gave the audience something new to feast on visually and aurally at every turn. 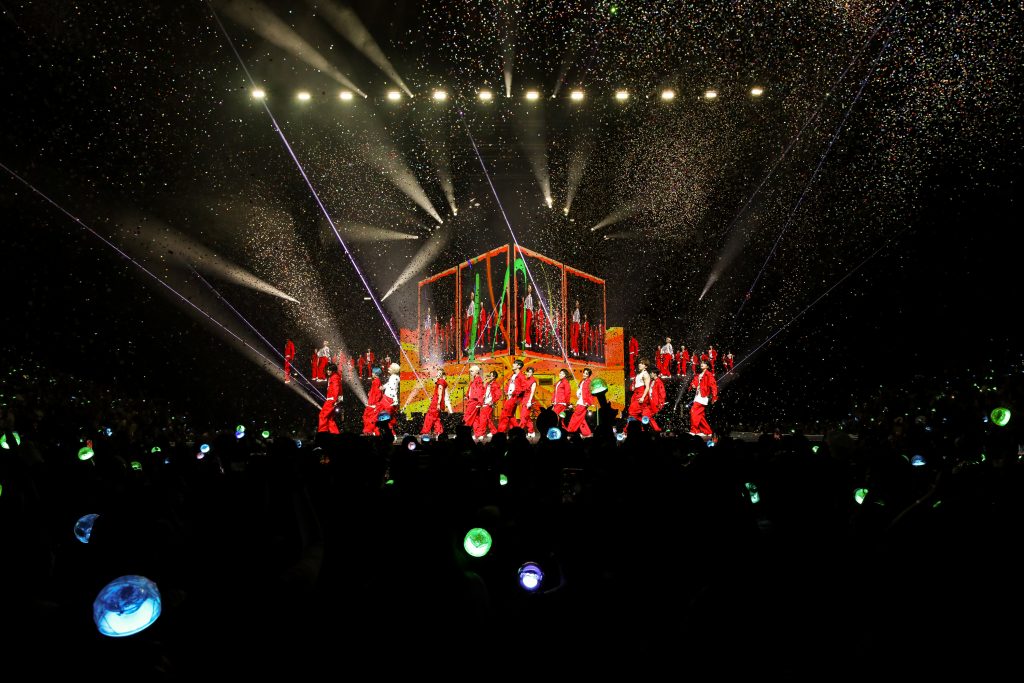 The part of the concert that showcased the unique spirit of Seventeen was when the members re-grouped as a whole after their sub-unit performances, dressed in variations of a bright red track suit. The stage transformed again, this time with chain-link fences and directional signage. Playing heavily into a silly skit to kick off “Mansae,” Seventeen unabashedly owns their cheesy playfulness. They even pass it onto their fans like when they directed the audience to do the signature arm waving motion in “Mansae” at varying speeds, while cheekily smiling into the crowd to see who is keeping up. Even in “Left and Right,” the group paused the song to do a dramatic slow-mo of a member dunking a basketball in a hoop – just for the hell of it. Just as in “Very Nice,” the theatrical nature of their performances gave the members room to inject their own style and charm, while executing the flashy and nimble choreography. Although more members can make it more challenging to carry out the synchronization that K-pop is well known for, Seventeen turns its numbers into a strength by multiplying their infectious energy tenfold.

In mere moments, the group returned on stage fittingly backlit to initially show their figures as silhouettes for “Shadow.” Dressed in a cool blend of silver and black outfits, the band stood among the mist filling up the space. Dropping the bright smiles from the previous set, Seventeen showed off a more refined side to their performances. Heating things right back up, the boy band moved into “Crush,” with its punchy melody. To punctuate their lyrics, the stage shot multiple bursts of flame during the chorus, “I got a crush, I got a crush on you,” earning screams from the crowd each time. These changes from stage to stage exemplified Seventeen’s masterful performance capabilities and different sounds. Wrapping the concert with their famed tradition of a never-ending encore of “Very Nice,” the band made it a point to leave the night on a high note and the crowd in high spirits. 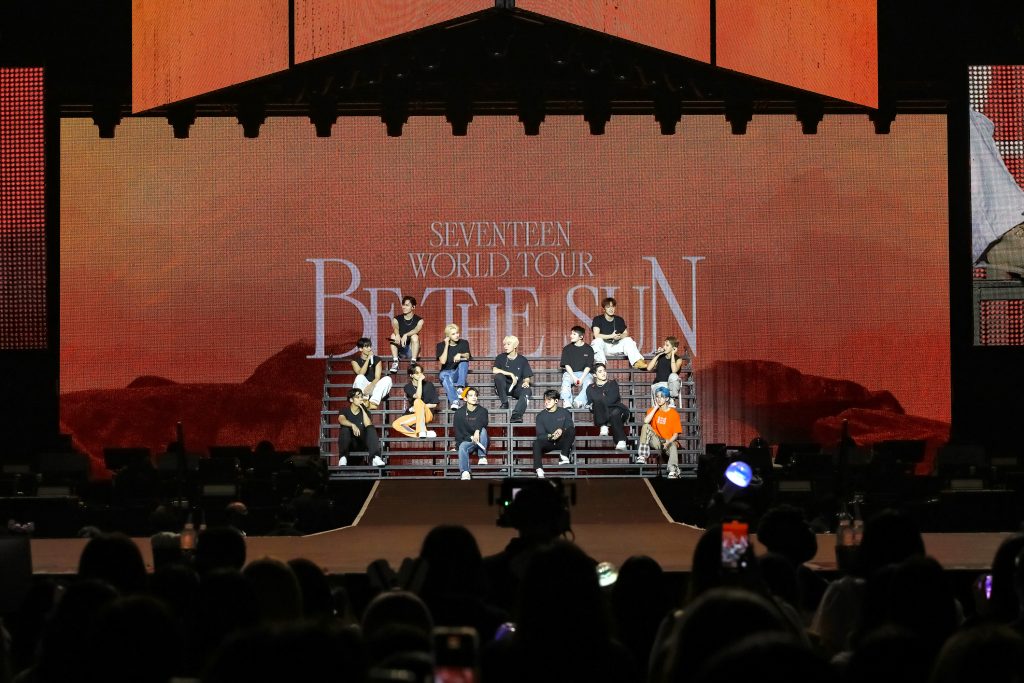