Kicking off the U.S. leg of their tour, MCND performed at The Mayan in Los Angeles on a warm Wednesday evening, eagerly entertaining their fans from start to finish Although the venue was quaint in size and not filled to capacity, the amount of love MCND and their fans, known as Gems, had for one another was enough to fill in the empty spaces.

Starting at 8 p.m. on the dot, the group took their places on stage as the opening beats of their latest title track “#MOOD” blared through the speakers. Fans, armed with yellow glow sticks, began to sing, chant, and even dance along to the performances, which spread the five members all across the small stage. The group blew through song after song, executing hard-hitting, sharp moves to songs like “TOP GANG” and slowing things down slightly with more relaxed choreography to songs like “Breathe.” Much like their senior group, Teen Top, MCND incorporates a lot of jumping and quick footwork within their choreography that capture the audience’s attention. Despite the rigor of their dance moves, MCND still impressively maintained steady, strong vocals and rap throughout the night. Main vocalists Huijin and Minjae effortlessly reached each high note, unwavering even as they danced through a full setlist of around 20 songs. Castle J, BIC, and Win bounced off one another’s energy when it came time to show off their rap, building up a strong rhythm and flow between the three of them. 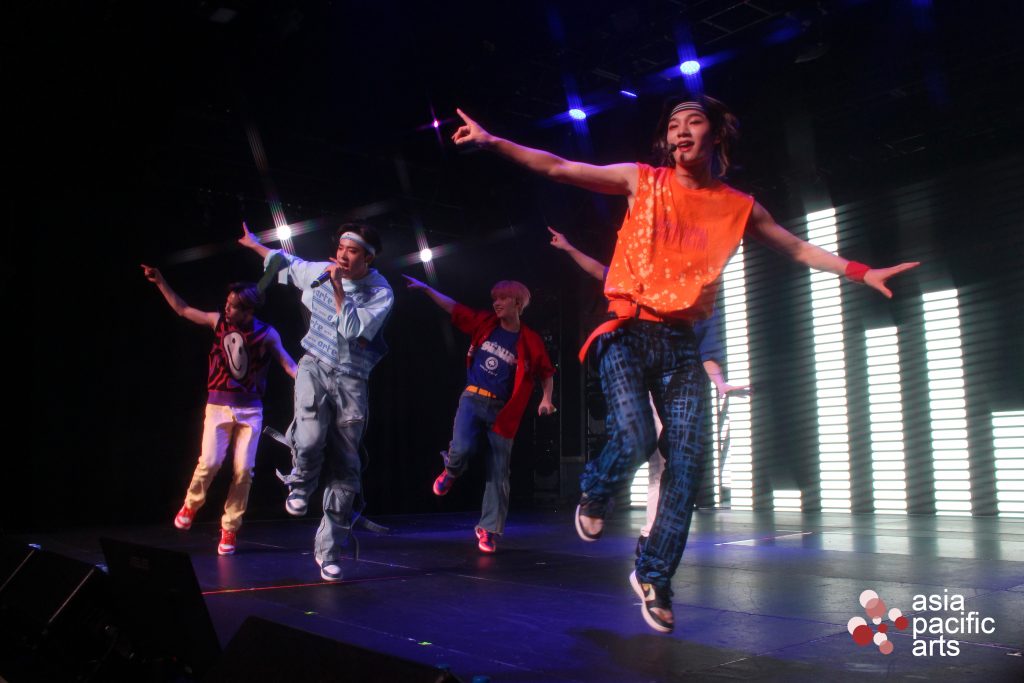 As a treat for their fans, MCND prepared two full special stages and a short segment to show off their individual charms. In Brazil, the group performed a cover of IZA’s “Brisa,” which posed the question of whether they would change the cover song for each country. When it came time for the special performance, fans were excited to see that the group did switch songs, performing instead their own rendition of Post Malone and Doja Cat’s “I Like You (A Happier Song),” with Win filling in Doja Cat’s rap segment with a Korean rap of his own. During one of their talking segments, the group mentioned wanting to show all that they can to their precious Gems, and each member performed a quick snippet of their song of choice for the audience. Minjae started things off with an emotional cover of Jonghyun’s “End of a Day,” bringing a calm and sentimental atmosphere over the crowd. Quickly switching the vibe, Huijin prepared a small part of Justin Bieber and Shawn Mendes’ “Monster,” earning cheers and shouts for his edgier song choice. BIC prepared one of his favorite songs, Dean, Crush, and Jeff Bernat’s “What 2 Do,” wooing the fans with his smooth vocals. Win performed a rap stage from their online concert, and rapper Castle J surprised fans with a vocal performance of EXO’s “Miracles in December.” Towards the end of the night, MCND also prepared a gift for Gems, singing an English version of their song “We Are the One.”

Despite the smaller venue, the members still put in maximum effort in preparation for the tour. With bright LED screens to each side of the stage and behind the group, the venue was decorated with various backdrops to pair with each song. For instance, the fun song “Cat Waltz” was paired with a moving cat with a beer bottle and pizza behind the group, while the slower, more sentimental song “Back to You” was matched with a castle and fireworks shooting up into the sky. Other songs switched between shots of sunsets, sparkling lights, and galaxies, to name a few, adding a magical feeling to the show. Also playing on these same screens were VCRs, showing the members in school uniforms playing games. The first VCR had the members guessing K-pop songs based off the first second of the song, which ended up in a tiebreaker between Huijin and Win. Ultimately, Huijin won. The second VCR had the group engaged in a dance battle. The five members decided at the end of the video that they all won this challenge and shared the “Dancing King” title together as a group.

Preparing multiple stage outfits, MCND stuck close to the young student theme with each outfit. Starting off the show, the group donned colorful casual outfits, fitting for a day out playing sports or staying active. When the group emerged on stage for their performance of “Beautiful,” MCND wore stylish outfits, pairing various white tops with blue or white jean bottoms. This second outfit was reminiscent of the school uniforms worn in the VCRs and exuded a summer feel. The last outfits came just in time for their performance of their debut song “Ice Age,” matching the cooler vibes of the song with edgier black streetwear with pops of red and neon green. Although all three sets of outfits were fairly casual and simple, each one helped tie in the songs for that portion of the show, matching the tone perfectly.

With great stage presence and talent, MCND put on a smooth-flowing show that was well worth the drive to Los Angeles on a weekday night. Oozing confidence, the group performed with a charisma unlike that of a group who only debuted two years ago. With promises to come back soon and declarations of love for Los Angeles, MCND bid their fans goodbye, closing out the show with a final performance of their song “Crush.”

Click on the photo below to see all our photos from MCND’s concert in Los Angeles on Facebook! 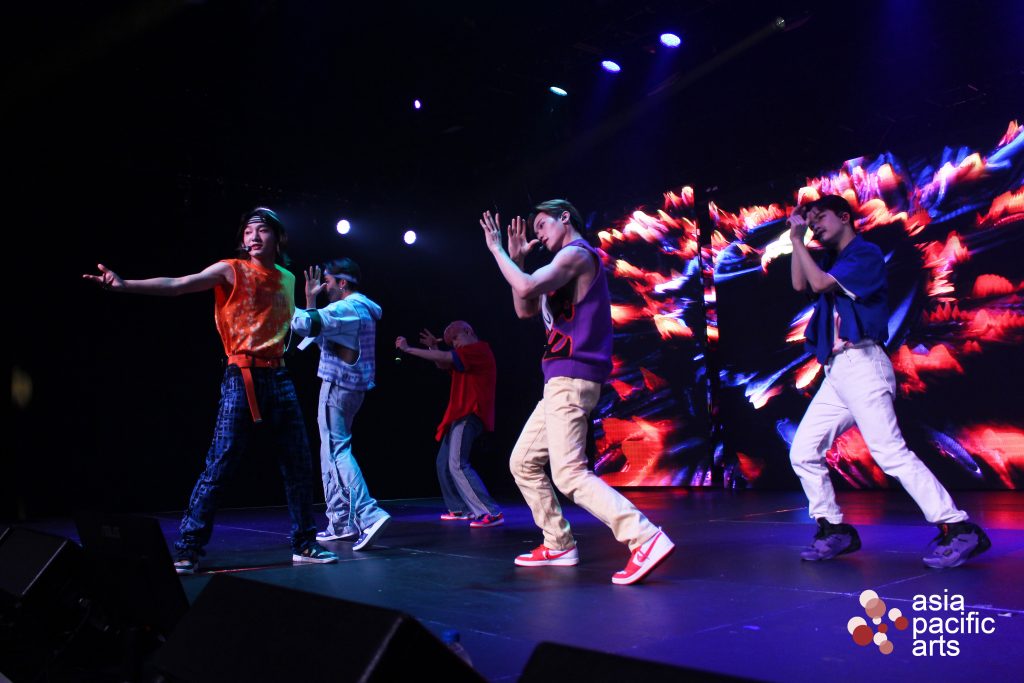