There is no shortage of K-pop events in the Los Angeles area, with established annual festivals such as the Korea Times Music Festival and KCON, and even the newly announced KAMP LA 2022 festival. K-pop’s growing popularity is also bringing more K-pop acts to music festivals across America. Recent examples include Monsta X’s appearance at Jingle Ball, J-Hope and TXT’s performances at Lollapalooza, and Epik High’s sets at Coachella, to name a few.

Likewise, the list of K-pop acts to join 88rising’s events are on the rise as well. For the 2022 Coachella ensemble stage, the label featured K-pop acts aespa, BIBI, Jackson Wang (of GOT7), and CL, who even brought her members Park Bom, Sandara Park, and Minzy to perform together as 2NE1. K-pop had its moment as well at this year’s Head in the Cloud festivities, with K-pop stars, Chungha, Jay Park, BIBI, and Jackson Wang. Not to mention, some Korean acts were seen in the crowd too including, model Park Yuri, former U-KISS member Kevin Woo, and Bona, Dayoung, Exy, and Luda of WJSN. 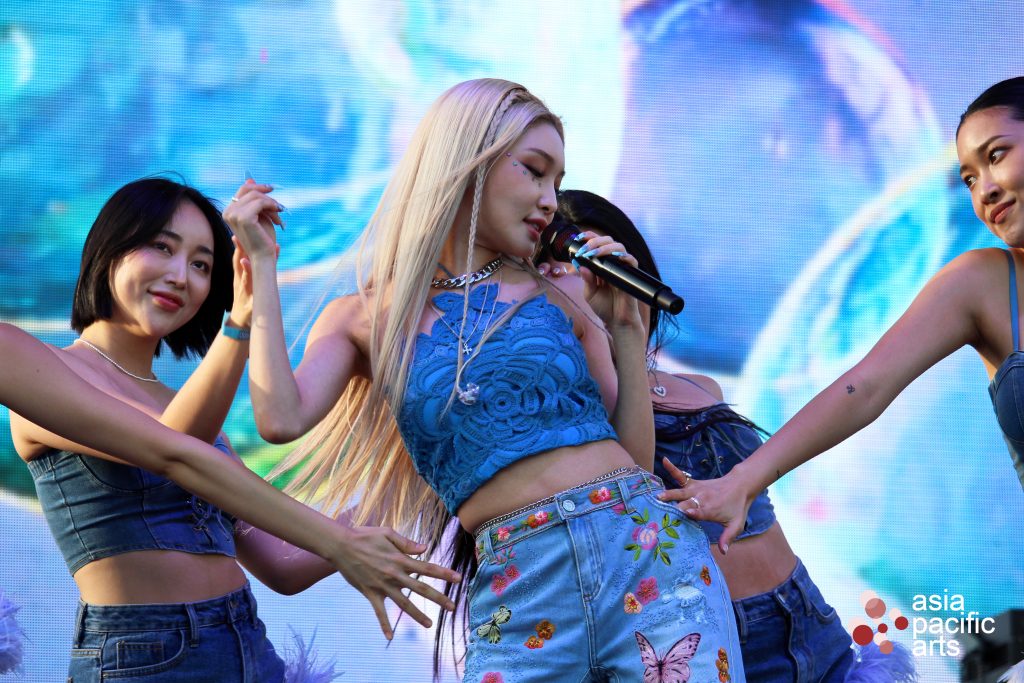 Of the four K-pop acts, Chungha was the first to perform on the 88rising stage. Kicking off her set with “Snapping,” and latest release, “Sparkling,” the soloist danced up and down the long runway, singing with ease under the hot summer sun. Donning a cute butterfly themed outfit, the singer also performed some of her biggest hits, such as “Killing Me,” “Roller Coaster,” and “Gotta Go.” During her set, Chungha not only put on a stellar performance, but also dished out as much fan service as possible. Seeing someone in the crowd holding her album and a sharpie, the pop star knelt down to sign for her, much to the fan’s surprise and delight. 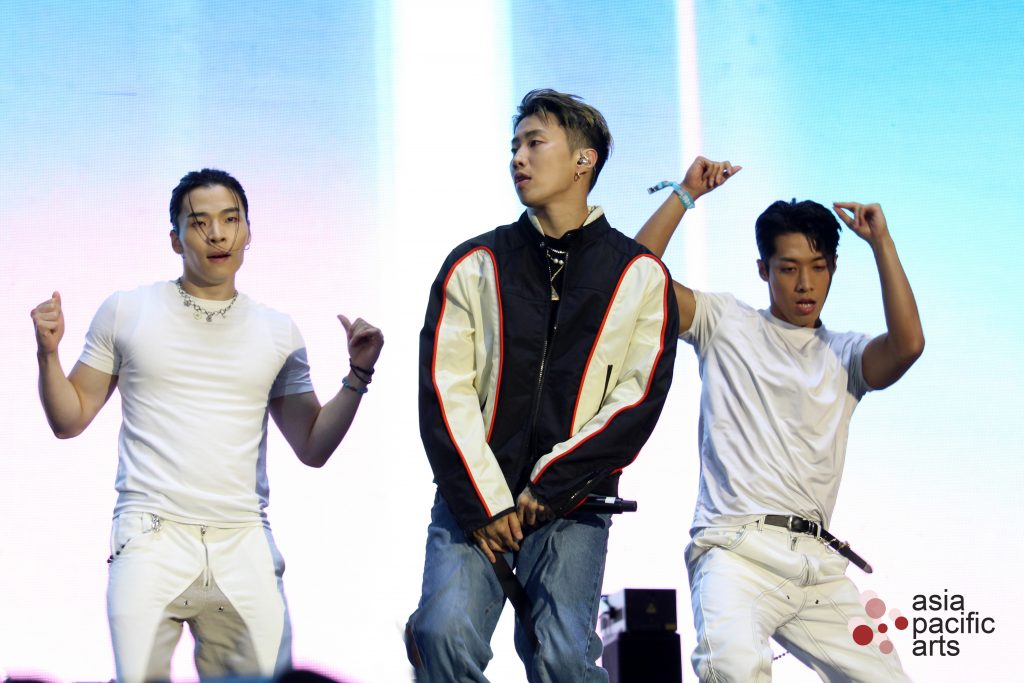 Performing just around sunset on Day One of the festival, Jay Park also went all out for his first ever set at Head in the Clouds. Creating a setlist of some of his most popular songs, the artist performed “All I Wanna Do,” “Me Like Yuh,” and “Ganadara,” before bringing out his special surprise of the night. While many fans guessed either Sik-K or pH-1 could appear, Jay Park shocked the audience by bringing both of them out. Together, the trio performed songs like “Iffy,” “Party (Shut Down),” and “The Purge” before letting Jay Park closed out his stage sans-shirt while twerking to mega hit “MOMMAE.” 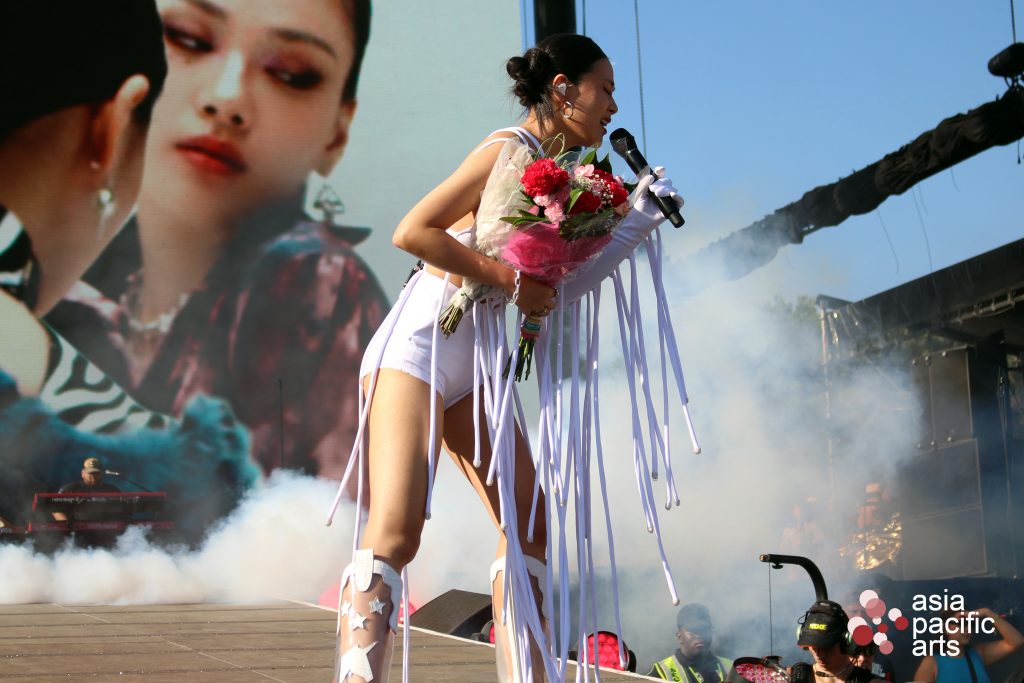 Instead of sharing a stage with her FEELGHOODMUSIC labelmates, this year, BIBI graced the stage alone in an all white outfit and performed some of her most biggest hits like “Binu” and “Best Lover.” Starting Day Two fresh, BIBI had fans anticipating her level of fan service, with many holding signs asking BIBI to kiss them, as she had kissed a fan during her set the previous year. Something she did repeat from last year was throw condoms into the crowd while performing “Cigarette & Condom.” Surprising her fans, she also sang unreleased songs “Bumpa” and “City Love” before finishing off her set with “The Weekend.” 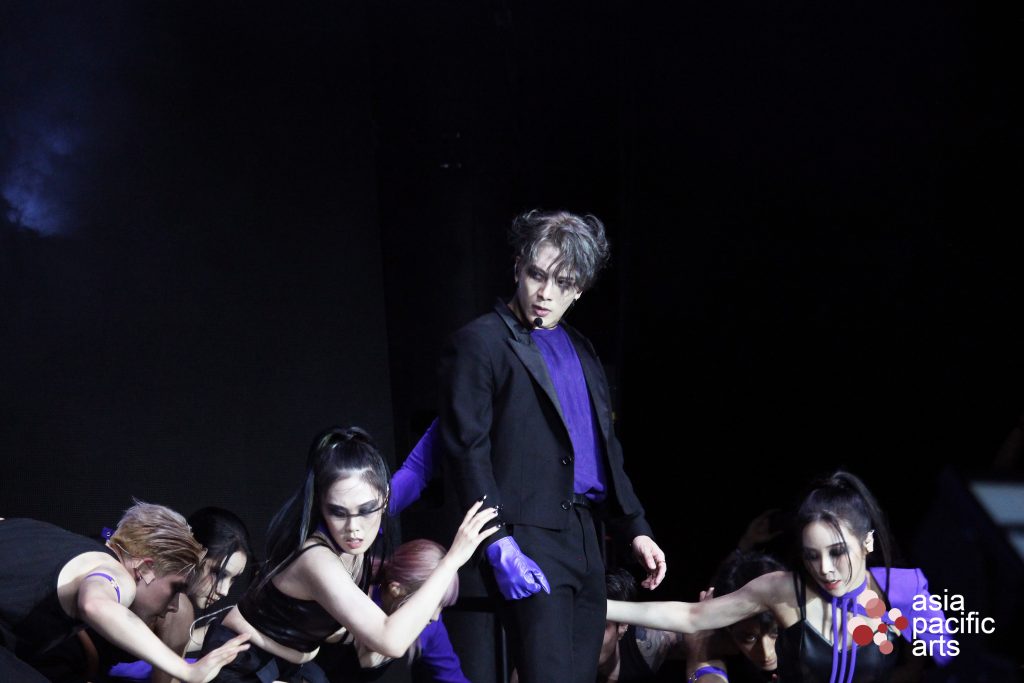 Closing out the weekend with his Magic Man Experience, Jackson Wang performed songs from his upcoming Magic Man album paired with an amazing spectacle of pyrotechnics and a contraption to lift the singer several meters into the air to be seen by all in attendance. Despite not being Korean or from South Korea, Jackson’s music career began as a member of K-pop group GOT7, and much of his fanbase stems from their fandom, Ahgases. The crowd was glowing neon green as fans carried their beloved lightsticks to his set, and many made signs with Jackson’s face on them. The soloist performed songs including “100 Ways,” “Cruel,” “Blow,” and “Go Ghost” during his set, while dancing on stage with the KINJAZ. The crowd eagerly sang along to his music, and enjoyed watching Jackson in his element – on stage, entertaining his adoring fans.

One of the biggest differences between attending a K-pop show and a festival like Head in the Clouds featuring K-pop acts  is the amount of freedom the artists have to do what they want on stage in the latter. The finale of the show proved just that, as Jackson returned to the stage holding hands with Thai rapper MILLI to perform their song “Mind Games,” before joining Rich Brian and Warren Hue to perform “California.” While August 08 made a special guest appearance to perform “Midsummer Madness,” Jackson even brought actress Michelle Yeoh on stage as one final surprise for fans. Being able to perform the songs they want and how they want, it’s no wonder more K-pop acts are leaning towards appearing at events like Head in the Clouds. 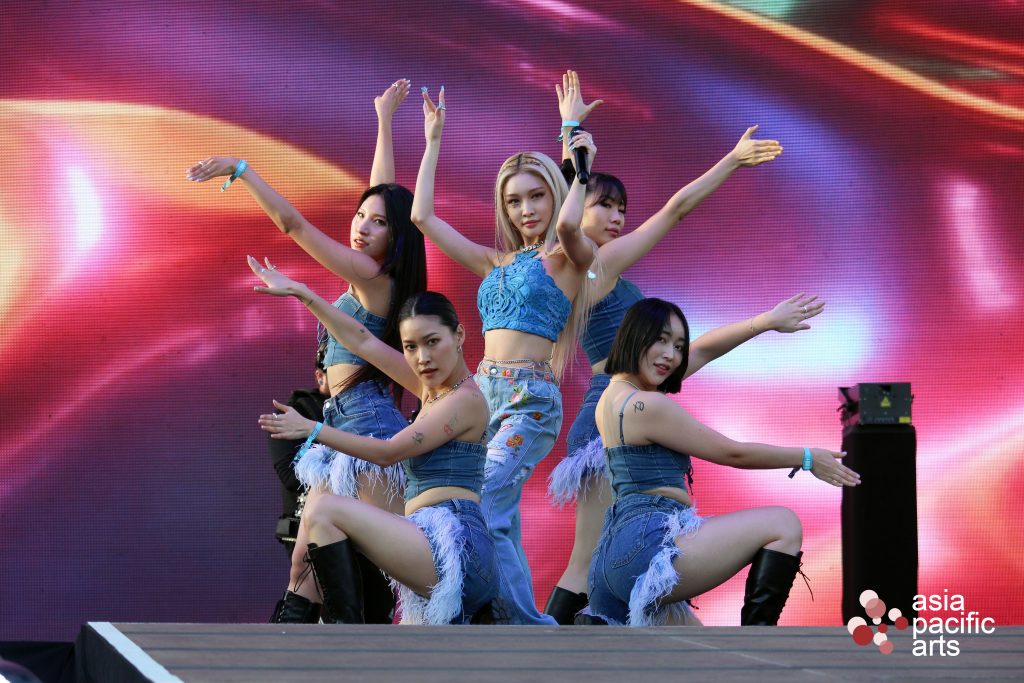