Joji’s Smithereens Tour will make two stops in Northern California this upcoming month, with the first stop at Frost Amphitheater in Palo Alto on September 1. Due undoubtedly to popular demand, Joji announced this month that he’s added a new show at Bill Graham Civic Auditorium in San Francisco on September 2. The Smithereens Tour will also feature openers Rei Brown and SavageRealm.

Originally from Australia, Joji (George Miller) is a Japanese artist who originally rose to prominence on the internet for his portrayal of FilthyFrank and Pink Guy, two comedic personas he created, on Youtube. In the last few years, Miller has stepped into a totally different light. Creating music under the stage name Joji, his lo-fi R&B instrumentals and poetic lyrics have captured the attention of music lovers worldwide. In the four years since his debut with media company 88Rising, he has garnered a strong fanbase, with nearly 35 million monthly listeners on Spotify. His latest single “Glimpse of Us” was released this past June. The song is his highest charting one on the Billboard Hot 100 to date and has also gone viral as a result of its popular usage on TikTok. As it’s been two years since Nectar, fans are wondering when Joji will return with another album, likely hopeful to get a sneak peek of new songs during the shows on this tour. 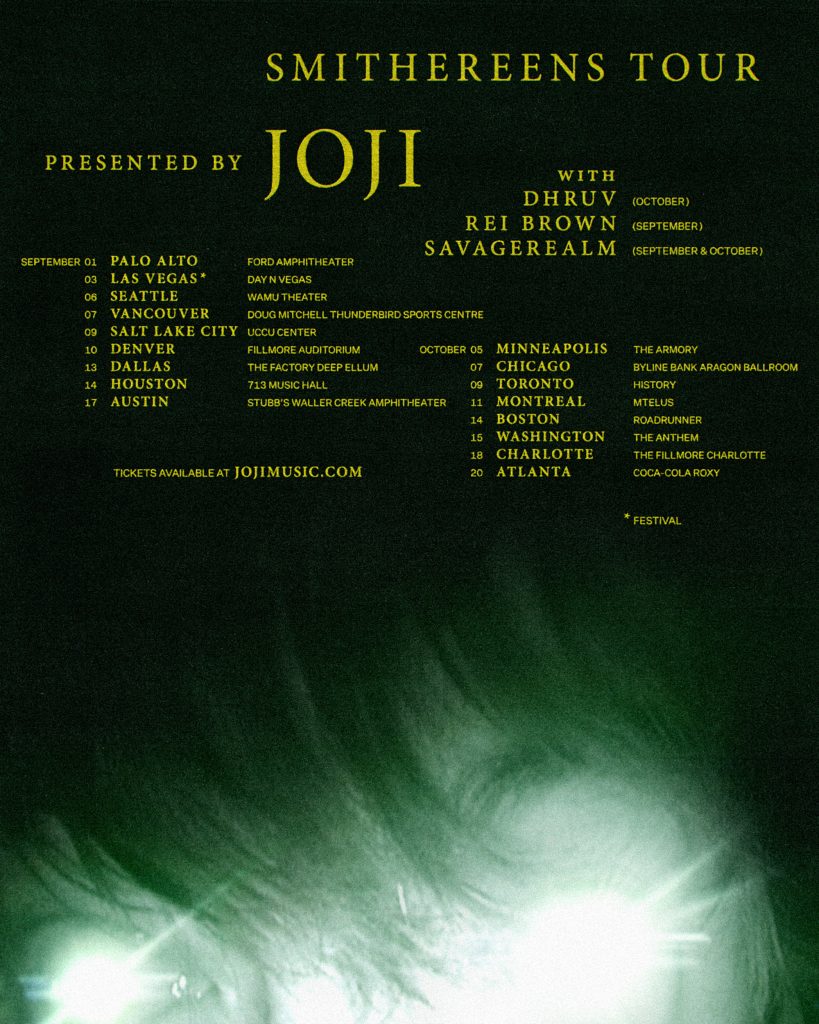