Skip to Content
Home Music ATEEZ Returns to the U.S. for “The Fellowship: Break the Wall” Tour

Having just completed the European leg of their previous tour, The Fellowship: Beginning of the End, ATEEZ announced their next tour, slated for the end of this year. The Fellowship: Break the Wall will be their third tour with a U.S. leg, starting from Anaheim and finishing off in Newark.

ATEEZ made their formal debut with Treasure EP1: All To Zero, a mini album featuring double title tracks “Pirate King” and “Treasure.” The album peaked at #7 on the Gaon Albums Chart. Since then, ATEEZ has had several comebacks to complete their Treasure series, which includes lead songs such as “Say My Name,” “Wave,” and “Wonderland.”

While garnering awards in Korea for performance and more, the group has also seen great success overseas. Each of their previous tours featured sold out shows, including their two shows at The Kia Forum earlier this year. The group also headlined day one of KCON LA on August 20. Most recently, the eight-member group released their album, The World Ep.1: Movement, kicking off a new era of concepts and music, in July of this year. The music video for title song “Guerilla” broke the group’s own personal record, surpassing 10 million views within 12 hours of release. 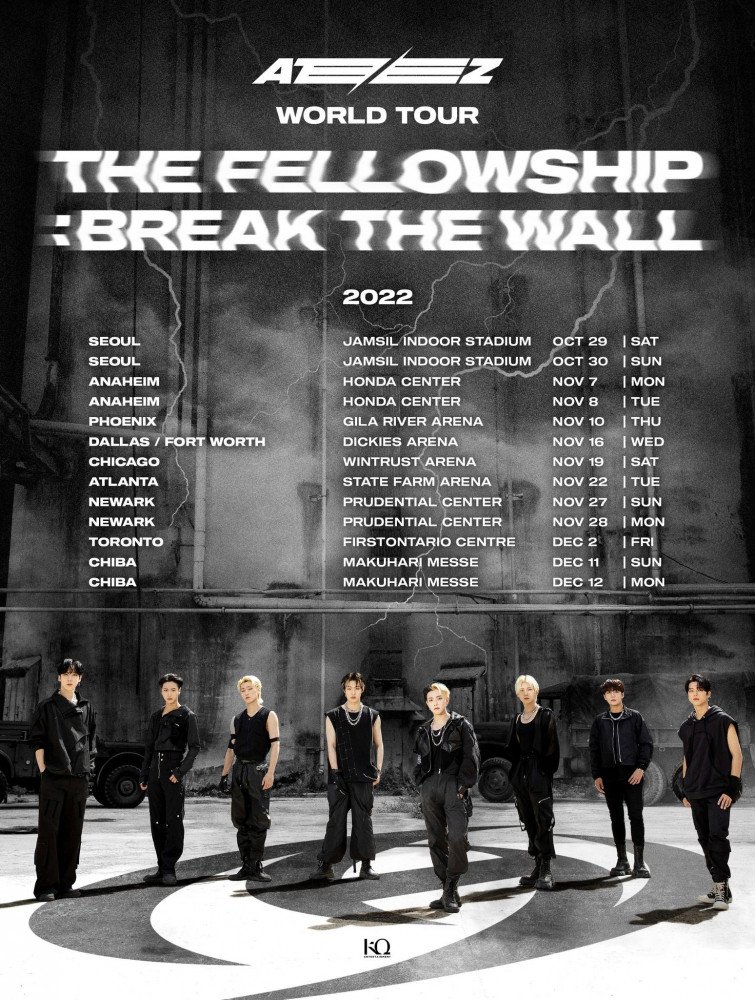