After 2018’s call to collectively “stan LOONA,” the K-pop girl group was finally able to embark on their first world tour in 2022. Coming off of a mountain of excitement from their performances at Queendom 2 and the success of “Flip That,” fans, otherwise known as Orbits, were ready to unleash their bottled-up emotions at the group’s first tour stop: The Wiltern. Eager attendees camped out nearly a whole day ahead just to be at the front of the stage. Compared to six years of waiting for a U.S. tour, Orbits would say it was well worth the sacrifice.

Haunting the crowd with an animated backdrop of the lunar phases, LOONA took to the stage in dazzling outfits and danced to the beat of their introduction song: “#.” As they assembled in formation, a hush fell over the crowd as the trumpets of “So What“ blared into the atmosphere. In perfect unison, the entirety of The Wiltern shouted, “I’m so bad” at the top of their lungs. The fiery imagery continued into “Heat” and settled down with the vocal triumph of “Star.”

Before moving into the unit stages, LOONA kept the energy high with their dance track, “Butterfly.” In contrast to one of the intense black outfits featured in the music video, their angelic white clothes—which shimmered under the stage lights—highlighted their growth as a group since the song’s release in 2019. When the song ended on their signature butterfly wing pose, Yves, Go Won, and Olivia Hye remained on stage to perform yyxy’s ballad, “one way.” The quartet behind LOONA 1/3 then got the crowd screaming at the top of their lungs again for “You and Me Together.”

Moving into the second act of the show, a VCR of a skit—called LOONA’s Got Talent—played as the girls went backstage for a costume change. The segment featured each member as they acted out various personal talents in front of the other members. Hilariously, Vivi’s talent was supposed to be of her successfully flipping bottles upright… only for her to never flip a single one in front of the judges. A personal favorite of mine was Yves acting as a convincing salesperson and sitting on a pillow—featuring Olivia’s face—as Olivia screams in terror.

Kicking off the next part of the show, YeoJin and HaSeul surprised fans when they jumped out from behind covered chairs to sing “My Melody.” They wanted to spice their performance up from their Day 1 stage as they wanted fans to guess who would be appearing alongside YeoJin. At other venues, the two would appear from different areas and come together on stage as they sang the duet. The final subunit, ODD EYE CIRCLE, sang the English version of “LOONATIC” for the first time.

The members were more than willing to give Orbits as much fan service as they could. From recording and taking selfies with the audience’s phones to YeoJin’s scandalous twerking during the free talk and dance segment, LOONA wanted to make sure Orbits had an unforgettable time. They shared many experiences with fans, including the first live performance of “POSE” outside of Queendom 2. No expenses were spared for the concert’s visuals, as the members appeared in four different outfits, and the impressive stage production elevated the outro to their encore.

Arguably, the venue could’ve been bigger. At times, the eleven members felt squished onstage as their choreography was made tighter to accommodate for less space. Although Chuu was unable to be a part of LOONATHEWORLD, fans eagerly await their next tour for all twelve members to perform together again. 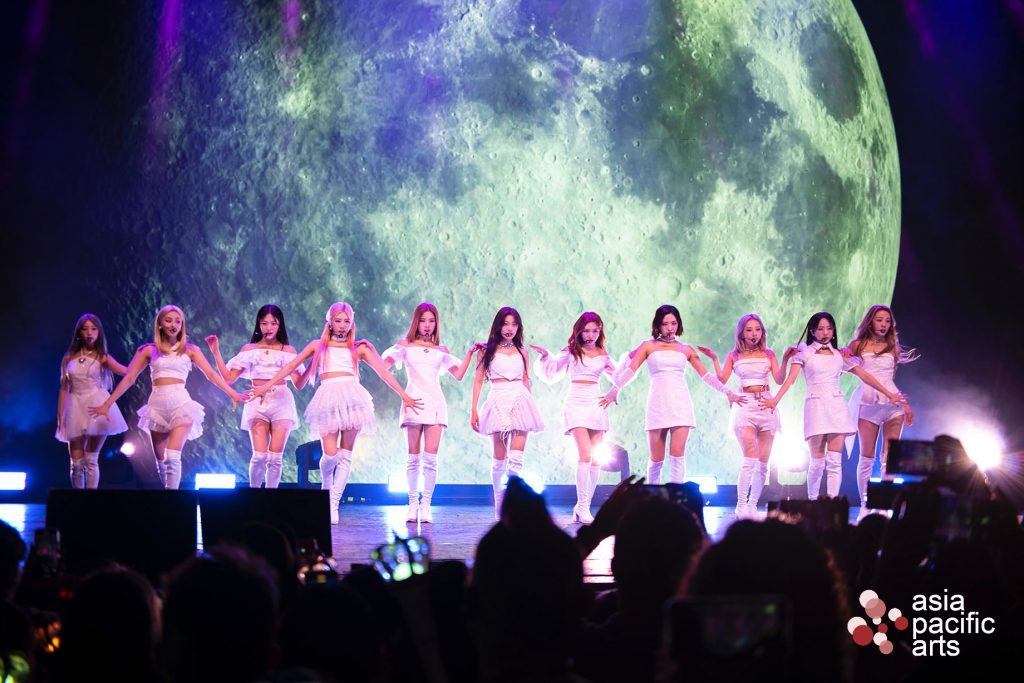