After two years of the pandemic, 2022 was the year Burnout Syndromes returned to live performances. Unexpected roadblocks aren’t new to the band; in fact, the group has faced them since the start. Back in 2005, Burnout Syndromes planned their first performance at their highschool festival, which happened to get canceled. They thought, “Well, that’s it for the band,” but only for a moment. Whether it be their debut performance cancellation or the pandemic, there hasn’t been anything that’s gotten in the way of their passion for music. “We’re just always in the habit of creating music,” said vocalist and guitarist Kumagai. “It’s just sort of in our blood.” If anything, the band feels like they may have gained more fans who discovered them during the pandemic. “When we got invited to perform in-person at Crunchyroll Expo this time, we were very excited to meet these fans for the first time and perform live,” shared Kumagai.

Influenced by Japanese bands like Asian Kung Fu Generation and Bump of Chicken, Burnout Syndromes created their own unique sound, one that listeners can often hear as anime opening songs. Over time as the group became exposed to other types of bands around the world, Kumagai shared, “We became inspired to do different things with our instrumentation, including experimenting with electronic components.”

For Burnout Syndromes, creating an anime song starts with reading the manga. “We read the manga to learn the pace and tempo of the story,” said Kumagai. “We want the fans to get super excited when they first hear the song, so we want to make sure we carry that energy over from the manga.” 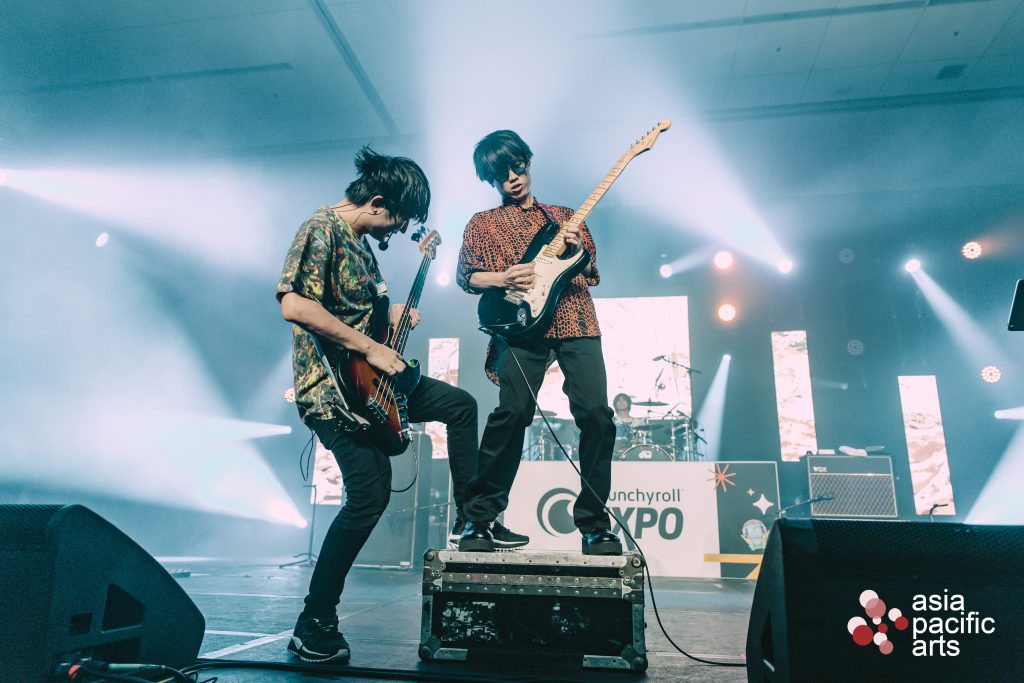 With their Crunchyroll Expo live performance ahead of them, the band shared some of their favorite songs to perform live. Kumagai picked “Good Morning World” from Dr. Stone: “It’s the first opening song of the series, so it’s basically everyone’s introduction to the show. We often like to use it as the introduction to our setlist to open up our concerts.” Bassist Ishikawa shared, “The first time we performed ‘Hikari Are’ overseas was in France. We had the audience sing along with us, which is something they don’t even do in Japan sometimes. That really showed me the power of that song and how it impacted our overseas fans.” Meanwhile, drummer Hirose chose one of their newer songs, released during the pandemic: “I really like performing ‘Blizzard,” which is the opening song for Mashiro no Oto. It has a lot of Japanese-style influence as far as instrumentation. It’s not something that we’ve performed overseas, so I really want to see the audience’s reaction when they hear it live.”

As for what other animated works the band is interested in creating music for, not all are anime. Ishikawa revealed that he’s been into American animation recently: “Right now, I’m pretty hooked on Rick and Morty.” Hirose suggested an existing anime, Mushoku Tensei, for its fantasy genre: “We haven’t really made something for a fantasy anime. I think it would be pretty cool to create a song with some fantastical elements.” For Kumagai, he picked a sports manga. “Asahinagu is based off of naginata, which is a sport like kendo. The rules are very similar, but the instrument you use to strike your opponent is much longer,” shared Kumagai. “The manga is extremely exciting, and if that ever got turned into an anime, it would be great to make the anime opening song.”

With a name like Burnout Syndromes, it sounds kind of miraculous that the band has been together for 17 years and counting. Naturally, we had to ask and shared a laugh with the band. “There were plenty of times that we thought we might have a falling out, but there’s always been something that’s held us together,” said Kumagai. “Maybe it’s anime or maybe it’s fate that brought us together. I think the power of that something is going to keep us going for quite a while.”

Click on the photo below to see all our photos from Burnout Syndromes’ performance at CRX 2022 concert on Facebook! 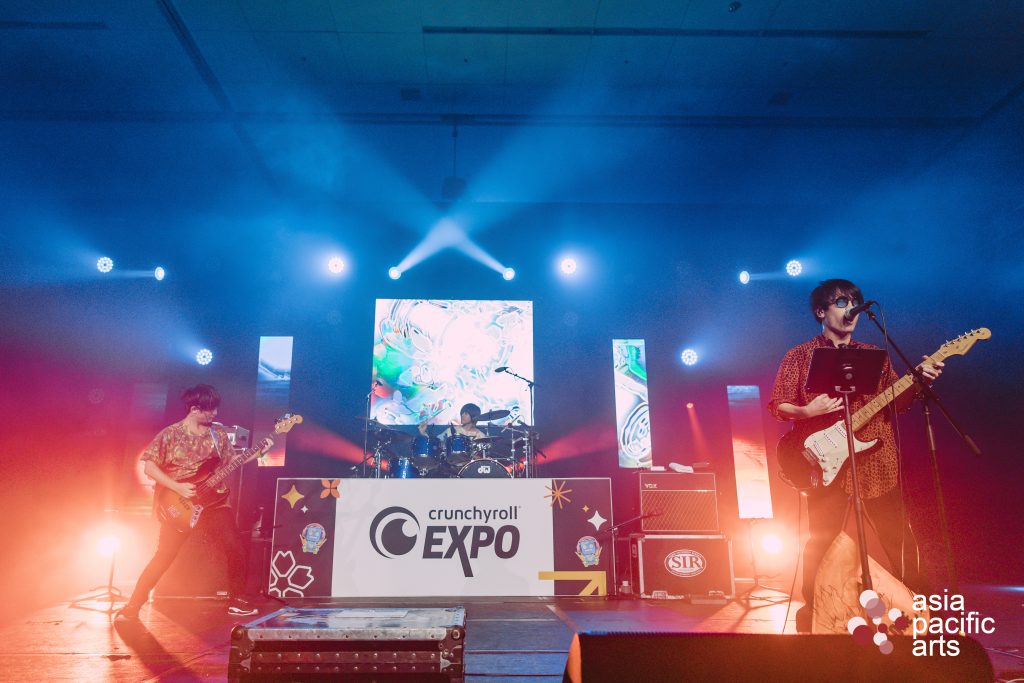