After two years of the summertime premiere event, San Diego Comic Con returned to the excitement of fans. A limited Comic Con event took place in Fall of 2021, called Comic Con Special Edition. But nothing compares to the hustle and bustle of attendees and marketing activities spread out through the Gaslamp area of San Diego. Of course, COVID-19 infections were still on the rise at the time, and studios weren’t quite ready to come back to SDCC in full force. Notably, DC Comics and ABC TV were absent from the show floor, with Funko taking up more space in the Exhibit Hall. Even the public area of Petco Park had little more than a tent to try Nintendo games and a limited outdoor food court.

For those curious about the con’s COVID-19 protocols, SDCC had the strongest and most consistent enforcement of masking and vaccination. As someone who went to Anime Expo, the experience I had at SDCC was like night and day. Vaccine or negative COVID test status was enforced and checked thoroughly. Due to multiple checkpoints within the large convention hall, security would remind attendees to keep their masks up properly while inside. The only exception for attendees was around the food areas, where people would take off their masks to eat or drink. If someone decided to not follow directions, then the attendee would risk losing their badge for this year (and possibly a permanent expulsion). But if you were outside, it was up to your discretion. Given the vast amount of industry parties and eateries around the convention center, there were plenty of opportunities for transmission even if you kept your mask on inside. SDCC’s strict enforcement of COVID-19 health measure protocols inside the building—especially in panel rooms—should be the norm rather than the exception.

However, that didn’t stop pop culture fans from showing up in droves. Those who weren’t able to snag a ticket to get inside the convention were able to walk around the downtown Gaslamp area to line up for various marketing activations, such as Apple TV+’s Severance and Paramount’s Dungeons and Dragons. One aspect no one missed about Comic Con is arguably the long wait times. From HBO Max’s House of the Dragon activation to the booth walkthrough of Nickelodeon’s live action adaptation Monster High, hopeful bystanders waited an average of three to four hours for a chance to get into the experience. 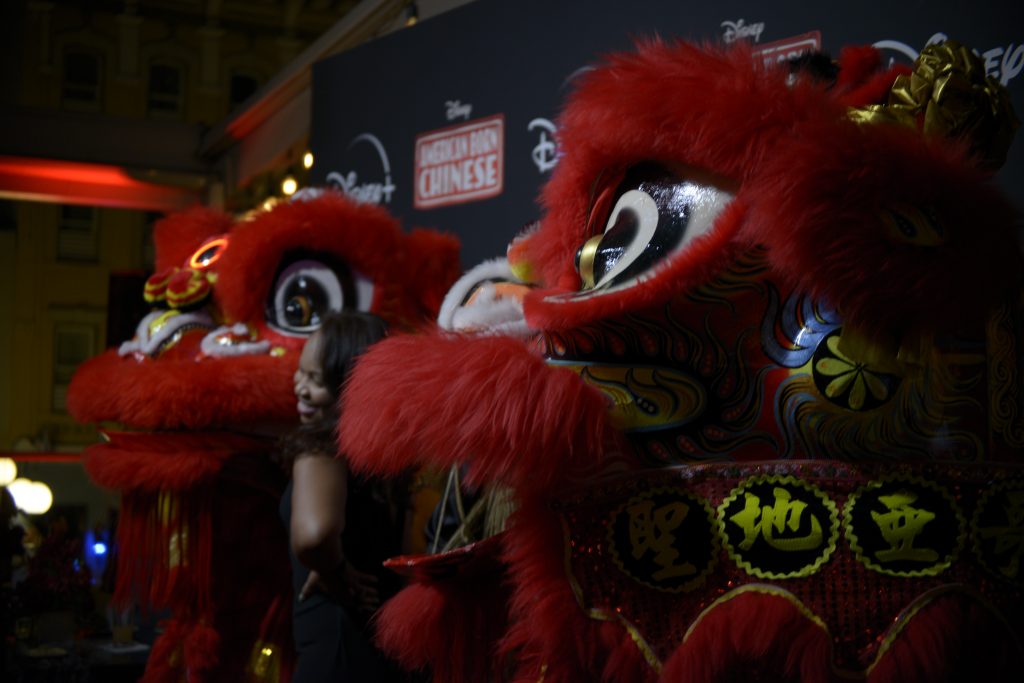 In the Gaslamp district, Disney+ hosted a mixer to promote its upcoming series, American Born Chinese. Based on Gene Yang’s graphic novel of the same name, the live action series boasts a star studded cast, featuring Michelle Yeoh, Daniel Wu, and Yeo Yann Yann. Unfortunately, there was no panel for the series at SDCC as more information will likely be announced at Disney’s D23 Expo in September. The lucky few at the party got to catch a first look at the characters as well as a traditional lion dance performed by a local dance school. Towards the end of the mixer, Gene Yang made a guest appearance to sign free copies for guests.

Turning to highlights, anime and games had a bigger presence this year both in and out of the convention. Anime fans came to San Diego early on Thursday to get an exclusive look at the newest Gundam series, The Witch From Mercury. In the same vein, Capcom’s industry panel was nearly full as the crowd cheered at new announcements for titles like Street Fighter 6 that came directly from Director Takayuki Nakayama and two producers for the game. Outdoors, Crunchyroll brought a full on Dragon Ball experience to SDCC attendees with an orchestral performance of the series’ beloved music featuring fantastic fireworks to close the show. Bandai Namco took over the Marriott Marquis Marina by wrapping the elevators with promotional material for the next movie, Dragon Ball Super: Super Hero. The large Dragon Ball activation returned in the area behind the Marriott, giving non-ticketed fans a chance to pose with character statues, including a titan-sized Great Ape. 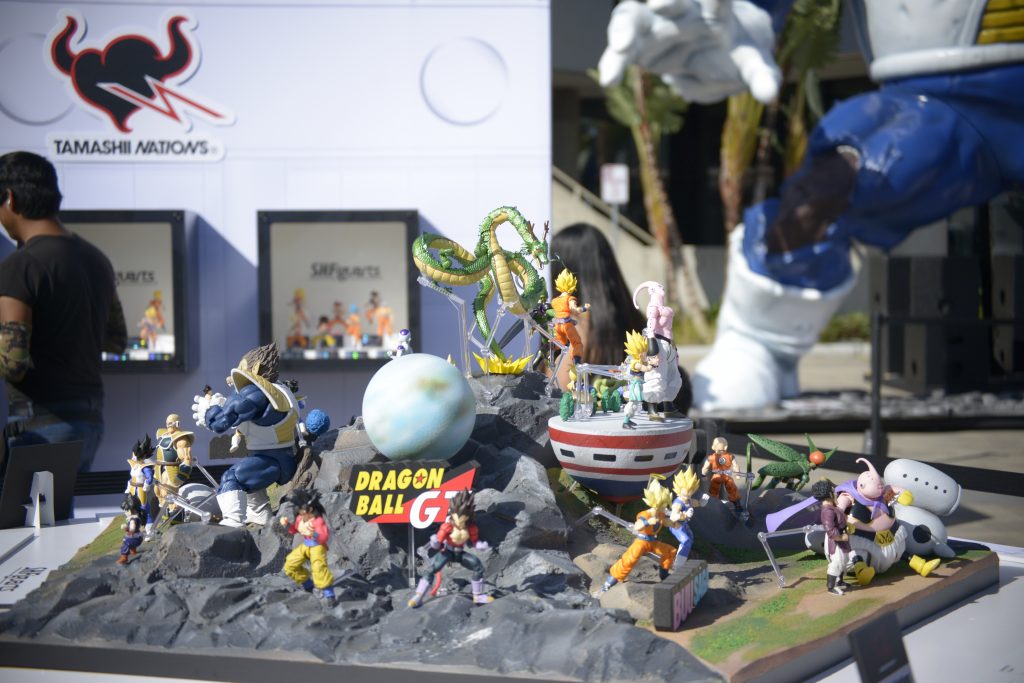 The most interesting observation of Comic Con was the influence of anime and manga in the fandom space. For example, NBA stars were invited to SDCC to talk about the impact of anime in their lives. eigoManga hosted Sacramento Kings point guard De’Aaron Fox at a panel to discuss how anime influenced his career. As part of promotion for the manga-influenced comic Swipa The Fox, Fox and the creative team gave a behind-the-scenes look into what goes into creating a basketball comic series. Meanwhile, VIZ Media brought Zion Williamson, NBA 2019 first overall pick, to be part of the Naruto 20th anniversary panel. Alongside the dub voice actors for Shikamaru and Boruto, Zion chatted about the impact of Naruto in his life. During the panel, Zion also picked Naruto characters to be part of his dream NBA draft team. I felt my age when Zion asked “hard” questions as part of a giveaway for his collaborative Air Jordans. Nervous fans turned to each other with blank stares on their faces after Zion asked, “Who is the author of Make-Out Paradise?” Thankfully, I didn’t have to grab the microphone and answer the question myself after four people failed to do so.

With nearly 135,000 estimated attendees—and even more non-ticketed fans in the surrounding downtown San Diego area—it’s safe to say conventions are back. There was less to do around the area, understandably. It’s likely businesses are hesitant to continue investing in large, in-person activations when the turnout and ROI are uncertain. Despite personal worries that the convention wouldn’t be as lively, I’m thankful to have been wrong. Looking forward to the next San Diego Comic Con!