The biggest annual music event in Barcelona will be coming to the Los Angeles State Historic Park from September 16 to 18. As one of the largest music festivals in Europe, the event promises to bring a similar Barcelona experience to Los Angeles. In addition, this will be the first version of Primavera in the United States. There will be an offshoot of the festival called Primavera in the City, where various acts will perform at venues across the city.

Headliners include Lorde, Arctic Monkeys, and Nine Inch Nails. Supporting acts include Mitski and CHAI, who have both completed their U.S. tour earlier this year. General admission is all ages, but VIP tickets are 21+. Unlike other festivals like Coachella Music Festival, Primavera Sound will not have in and out privileges.

Primavera in the City will feature a select number of musical performances at venues such as the Hollywood Forever Cemetery and The Echo. Each will require a separate ticket to attend each show, so visit the site for more details on how to purchase a ticket for your favorite artist.

Standard and VIP tickets are now on sale. Check out the full line-up here and below. 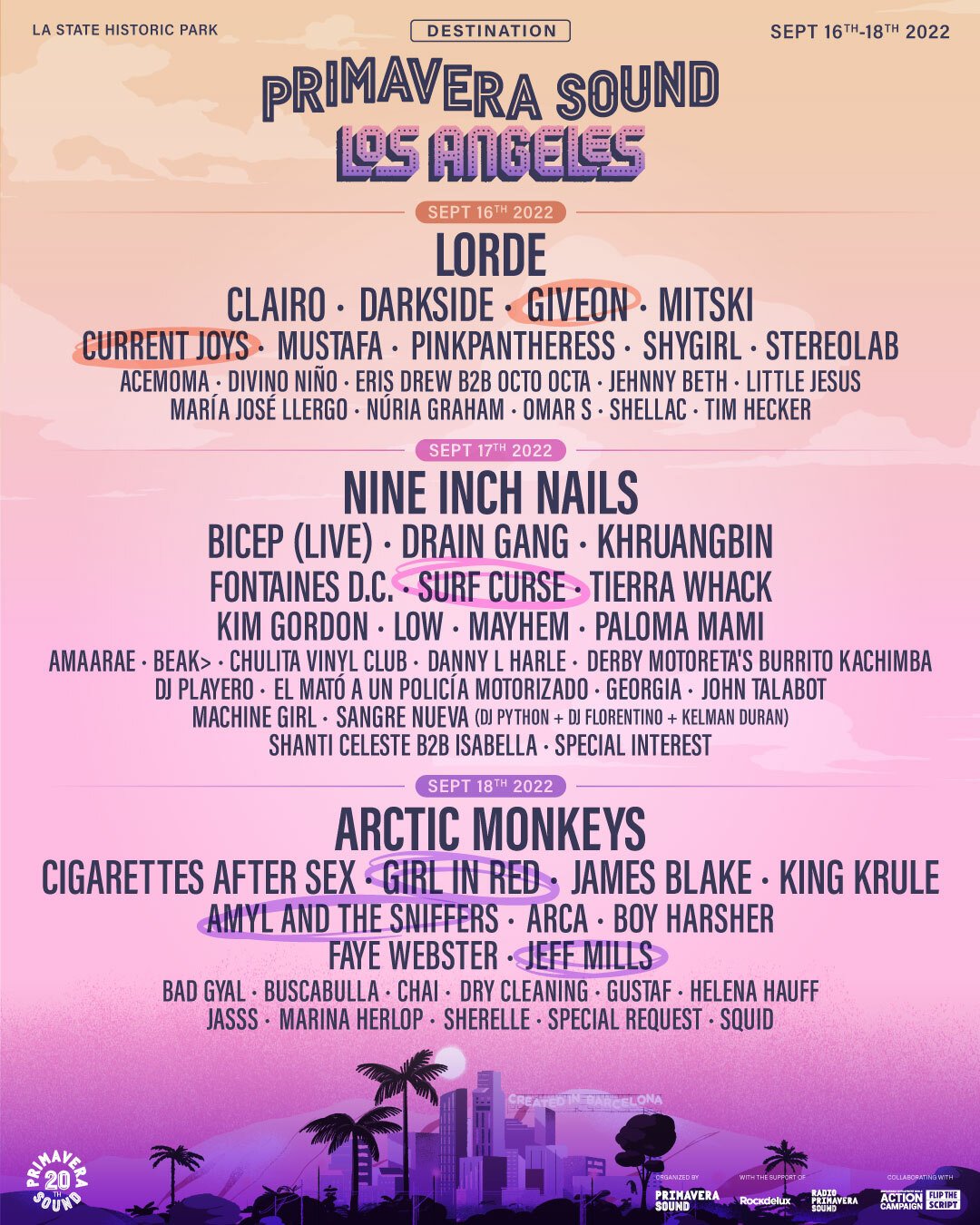