Skip to Content
Home Review Never Have I Ever S3: TV Review

Never have I ever had all the feelings. That’s the phrase that best describes the experience of watching Season 3 of Mindy Kaling’s hit Netflix show Never Have I Ever. The teen dramedy centering on Indian American high schooler Devi (Maitreyi Ramakrishnan) as she navigates high school has created one of the most pressing questions in Netflix history: Team hot, popular guy Paxton (Darren Barnet) or Team Devi’s academic rival Ben (Jaren Lewison)? This season offers much of the same romantic challenges as the previous two, but it’s also an incredible binge-worthy addition to the Never Have I Ever universe as it examines Devi’s character growth amid a new slew of problems.

Season 3 starts off with Devi finally becoming Paxton’s girlfriend after their official public debut as a couple at prom at the end of Season 2 — a seemingly ideal finale for Season 1 Devi. But ten new episodes in this season means a whole new lot of conflict before reaching happily ever after, and Devi has to figure out what being Paxton’s girlfriend means now that she’s achieved what she’s wanted since the beginning of the series.

Ben, having heard from Eleanor that Devi was initially going to pick him, is now more invested in Devi’s romance than ever — and he’s going to make his presence in the competition known. And who’s this new cool Indian American guy, Nirdesh (Anirudh Pisharody), who seems to have also become a prominent figure in Devi’s life?

The most thrilling part of Never Have I Ever is how the writers explore the messiness of teen drama with authenticity and a perfect dose of cringe-worthiness — even as they deepen the character growth. Devi’s not the same Devi she was at the start of Season 1, even if she still exhibits her penchant for questionable decisions and arguably extreme reactions in the drive to attain high school popularity.

Since Season 1, Devi’s become more aware of her value and her identity beyond her grief: the girl who lost her dad at an orchestra concert, but also a girl who’s just trying to achieve her teenage dream. That development is evident and Devi’s already more self-aware than she was before all the trials and tribulations of the first two seasons. Still, Never Have I Ever is honest about that never-ending process of self-discovery, acknowledging that, for Devi, mistakes need to be made.

Devi, of course, makes those mistakes. As standard of any teen drama, there are definitely moments where Devi’s selfishness and insecurities lead her to familial and romantic troubles. But even though Devi might think the world revolves around her, the show explores other characters as well: Devi’s best friends Eleanor (Ramona Young) and Fabiola (Lee Rodriguez) both get their screen time in relation to their own romantic pursuits, Ben gets a lesson on what matters beyond grades and extra GPA points, and Paxton goes through his college application and decisions journey wiser than he started. Arguably, the “side character” label doesn’t really fit any of those around Devi — they’re all complicated individuals and fully fleshed out, never really reduced to just a particular comedic trope or figure. 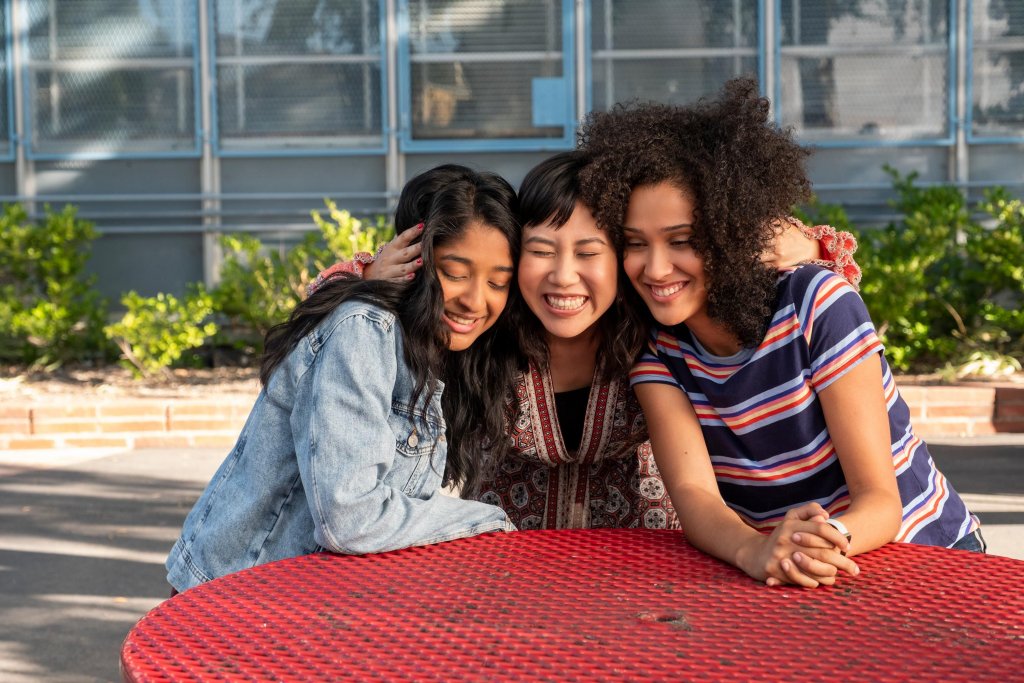 High school is hard, but Never Have I Ever shows us that it’s also a rite of passage. And as these characters near the end of their high school careers, more questions are raised about living in the present. It’s a pretty serious dynamic to wrestle with. In following with the dramedy genre, though, the show’s creators deal with it well, injecting plenty of contemporary comedic references and humorous dialogue into the more contemplative bits.

Although Devi remains as chaotic as ever — sometimes in a good way, sometimes not — she’s still deeply personable. Cringing at her decisions doesn’t mean not supporting her as a person, and in fact, it feels impossible not to. It could be argued: never has there been a character who manages to encapsulate all the teen thirstiness and problematic aspects of growing up, while also trying to do her best in handling everything that comes her way.

Of course, there’s also the part where Indian American identity means there are some cultural nuances that affect Devi’s conception of who she is. Nalini (Poorna Jagannathan), Devi’s strict but tender-when-the-moment-demands-it mother, has high expectations for Devi that don’t involve dating and thus often conflict with Devi’s teenage dream. These tensions are rendered in muted but substantial ways throughout each episode. Nalini herself is presented largely as not an antagonist, but instead a guiding figure through Devi’s understanding of family.

This season, familial and cultural expectations continue to pose challenges for Devi’s cousin Kamala (Richa Moorjani), who is still grappling with the repercussions of not wanting to marry and straying away from tradition. For Devi and Kamala, these struggles and their responses to them feel true to their character journeys and are a complement to the show’s implicit themes of belonging to the diaspora.

If there had to be one complaint about the show as a whole, it would be that issues tend to be resolved too neatly. Problems appear and then disappear as quickly as they come into existence, and last season’s issues can feel like they’re wholly dismissed in this one.

This might seem like a silly gripe given that such a formula is embedded within the very nature of television. Yet a teenager’s life rarely has everything resolved easily, and it would have been interesting to see the untapered threads of these seep into other moments. It might not lead to concise storytelling, which is what Never Have I Ever is so skilled at, but it would have been a reflective inclusion to the story.

All the same, Never Have I Ever should be considered one of the ongoing television shows that has the most heart. If the title is any indication, the series is about experiencing firsts, firsts that are momentous in a teenager’s life. Forget putting each finger down—for Never Have I Ever, it has both hands up.