ENHYPEN will be embarking on their first world tour, Manifesto, this October. Kicking off the world tour in Seoul in September, the group will make their way stateside starting in California and moving east to finish the U.S. leg in New York. Prior to the start of their tour, ENHYPEN will also visit the U.S. as part of KCON LA’s 2022 lineup this month.

The boy group debuted in November 2020 after forming on the survival show, I-Land, created by HYBE and Mnet. The seven members of the group were chosen out of 23 trainees, and released their first album, Border: Day One, a little over two months after the show. Said album sold more than 300,000 copies in its pre-order period, peaked at number two on the Gaon Album Chart, became the highest-selling album by a K-pop group that debuted in 2020, and even earned the group a platinum certification from the Korea Music Content Association.

Since then, the group has steadily climbed in popularity, earning their first music show win in May 2021, and topping charts in South Korea, Japan, the U.S., and more. The group’s third EP, Manifesto: Day 1, was released in early July of this year, and became the group’s second million seller album. The music video for title song, “Future Perfect (Pass the Mic),” has already surpassed 17 million views at time of press. ENHYPEN is also scheduled to release a new song, “I Need The Light (구해줘),” on August 12th, as the theme for new drama, Mimicus. 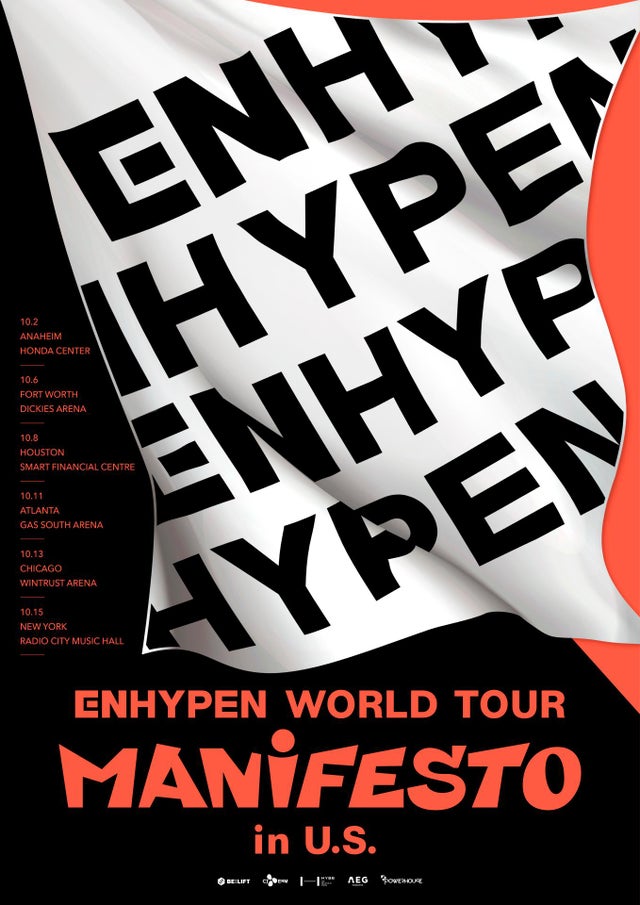