For the first time in his career, Warren Hue will be setting off on a North American tour. The Boy of the Year tour will take the rapper from Los Angeles to New York, and back to California to finish off in San Francisco in October of this year. Warren will be joined on the road by South Korean producer and longtime collaborator Chasu.

Warren first began making music at the age of 16, releasing his first album, Alien, in 2018. Despite that, he didn’t get his big break until 2020, when he signed with 88rising, a label dedicated to representing Asian talent in the West. The Indonesian-born rapper released his first song with the company, “omomo punk,” that same year, and won the “Best Song By An Asian Artist” and “Best New Act From Asia” awards at BandLab’s 2022 NME Awards for it. Aside from these awards, Warren was also named to “The 25 Artists to Watch” list by Ones to Watch, and was one of the few South East Asians on “Forbes 30 Under 30 for Asia 2022” list.Continuing on his career with 88rising, the young artist performed a headlining set at last year’s Head in the Clouds music festival, and is also slated to perform another at this year’s. As for other music festivals, he was part of 88rising’s ensemble “Head in the Clouds Forever” performance on the main stage at this year’s Coachella music festival. He featured in four songs on the soundtrack for Marvel’s Shang-Chi and the Legend of the Ten Rings. Warren Hue’s first full album, Boy of the Year, was released on July 28th, along with the music video for “In My Bag,” featuring Tobi Lou. Eleven of twelve songs in the album were produced by Chasu. 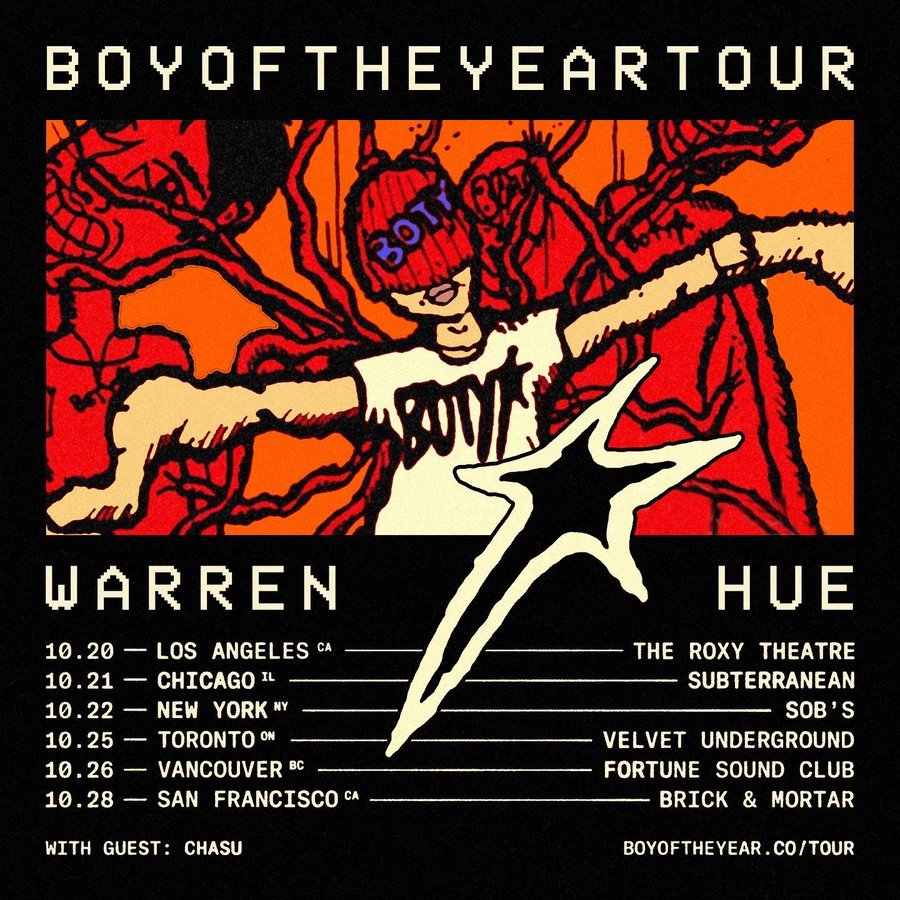