InSomnias waited through thick and thin to be one of the first to see Dreamcatcher back in town. Armed with their goblet light sticks and official fan robes, concertgoers braved the summertime Los Angeles heat for front row access to the two-night show at The Wiltern. As a gift to fans, the seven members of Dreamcatcher donned different outfits for each of their stops in their Apocalypse: Save Us tour. For their July 16th show, they wore cool, black gothic outfits, which were fitting for their opening song: “MAISON.”

Since this was their second US tour, the members of Dreamcatcher were comfortable slipping into a familiar tone with their fans. They owned the stage as if the Wiltern was their second home. From the start, Dreamcatcher intended on giving fans a unique experience by changing their setlist at every performance. Dazzling the crowd with their effervescent choreography and distinctive vocals, InSomnias wildly waved their light sticks to the beat of “Can’t get you out of my mind.” Effortlessly transitioning between group performances to solo stages, Dreamcatcher sustained the momentum of the crowd’s energy through a back-to-back set list of twenty-two songs.

Moving into their fan engagement segment, the septet reminisced on their incredible year and their five years together as Dreamcatcher. Each member had a moment to shine as they spent time on their individual songs after throwing autographed balls into the crowd. SuA kicked the showcase off with her song, “No Dot,” with several members joining her dance along the sensual rhythm.

Of course, it wouldn’t be a Dreamcatcher show without the members providing moments of fan service. Hugs, compliments, and playful banter exemplified just how close the members are with each other. By the end of the solo stages, all seven of them were re-energized by chants and calls, and now ready to take on the next half of the concert.

“Break The Wall” led the rallying cry for the remaining nine songs before the encore. The members proved they wouldn’t be slowing down and would drive the show to the end with a burning intensity. Anyone who has tried dancing to “Odd Eye” knows its level of difficulty—from formations to subtle changes in footing—but the septet dexterously entranced viewers with their trademark visuals.

Ending the show with “Skit: The seven doors” overlapping a credit reel for their company and stage crew, the seven members waved a tearful goodbye to their fans. The incredible two-hour performance filled with rock anthems, ballads, and hard-hitting choreography sent fans home with unforgettable memories to last until Dreamcatcher’s next comeback.

Click on the photo below to see all our photos from Dreamcatcher’s concert in Los Angeles on Facebook! 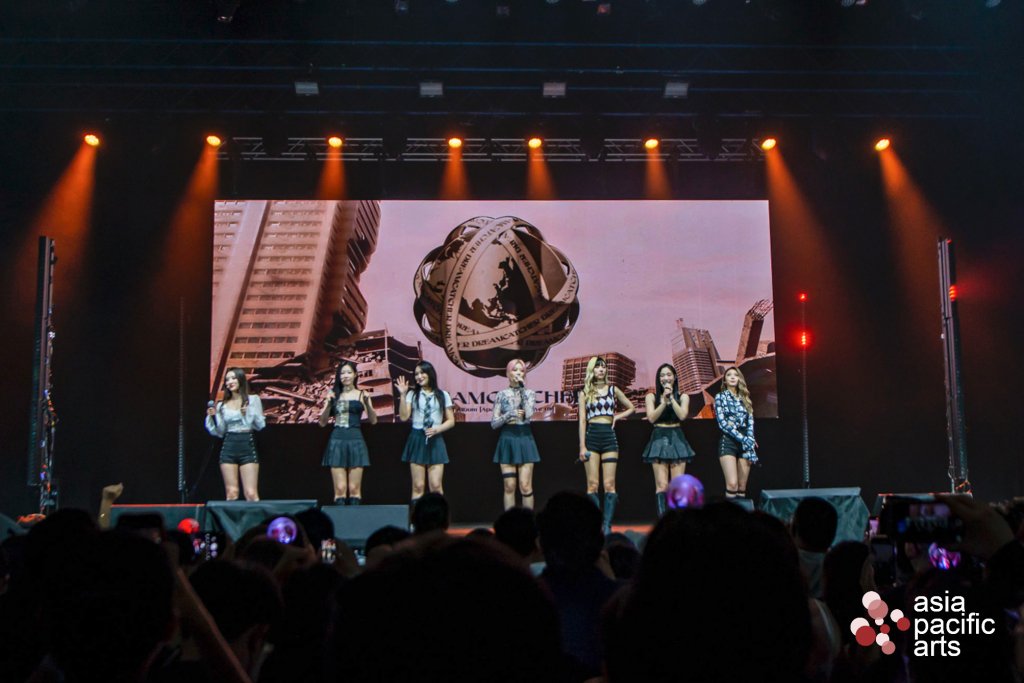