Korean R&B singer GSoul (Kim Ji Hyun) visited Los Angeles during his first North American tour, winning over fans hearts with his distinctive vocals and emotionally poignant songs. The acclaimed singer won The Voice of Korea in 2020 and starred in a music variety program Begin Again in 2021, where established artists are sent to do busking performances overseas and spread Korean artistry around the world. In late 2021, he released his first ever all-English EP, Natural, which serves as a “love letter to his fans and loved ones.”

Opening the show, Los Angeles-based singer and rapper Late and R&B singer-songwriter Phe R.E.D.S set the mood for a groovy night through original songs and dance moves with the perfect balance of silliness and swagger. By the time Phe R.E.D.S performed his silky smooth rendition of “Eye of the Storm,” a track originally from the 2017 film Brad’s Status, the audience had fully warmed up. Despite being more mature than the typical K-pop audience, the crowd had no qualms expressing their excitement.

Striding onstage in a summery button-down, GSoul amped up the crowd with the groovy dancehall track “Tequila”. In the calmer songs, such as his cover of “Best Part,” originally by Daniel Caesar and “Everytime,” GSoul’s magnificent vocal range and effortless runs took center stage, performing every note just as polished as in the studio versions.

In between songs, to the delight of the audience, he signed several posters and even sang happy birthday (à la Mariah Carey) to a lucky fan.

Not only did GSoul perform all the tracks from his latest EP Natural, he also made sure to showcase favorites from his older EPs, Hate Everything (2015), Coming Home (2015), and Circles (2017). GSoul introduced his next song, “Hate Everything,” sharing that he wrote it during a difficult period of his military service. Arguably his most popular song, the honest, raw lyrics capture the regret and frustration from a painful breakup. The audience sang along throughout the whole song, releasing any pent-up grief and allowing GSoul’s nuanced delivery to transform it into something beautiful.

Even before the cheers died down, GSoul switched up the mood completely with his next track, “Broken Record,” pacing energetically across the stage to the groovy track, while the orange lights illuminated the hall. The crowd pulsed to the beat and pumped their hands in the air, singing “Can’t seem to forget about you / All the things that we used to do.”

After sharing a few final words and taking a photo with all the artists, GSoul closed out the night with a personal favorite, “Love Me Again,” which had the audience waving their arms to the beat and cheering wildly at the improvisatory vocal acrobatics at the end, as if to assure GSoul that they will continue to love him again and again.

Click on the photo below to see all our photos from GSoul’s concert in Los Angeles on Facebook! 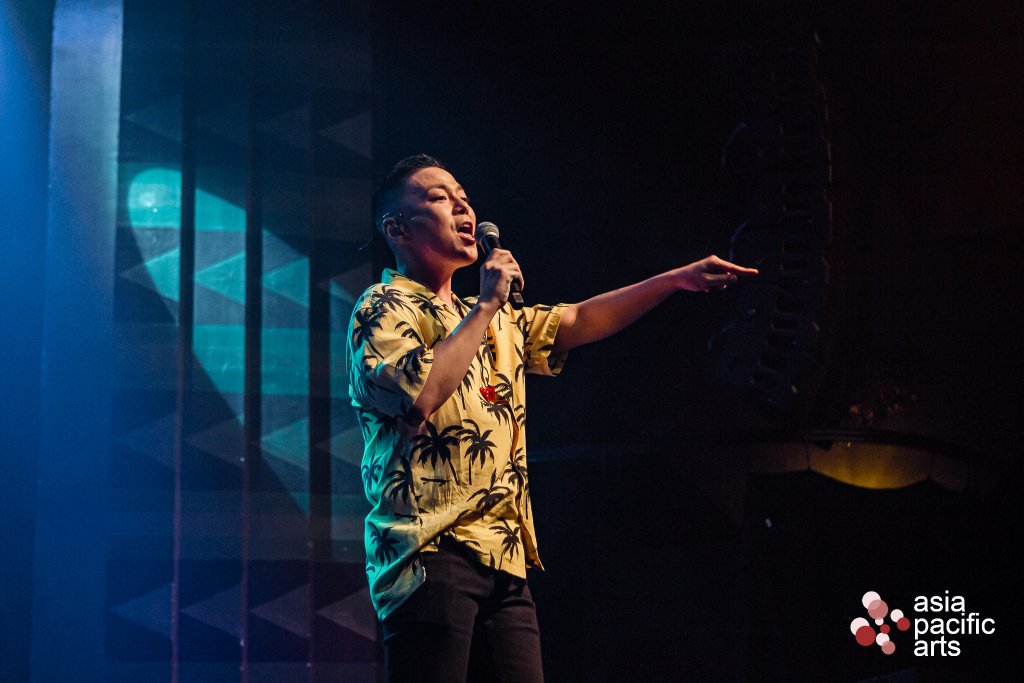