K-R&B singer-songwriter JUNNY will be heading to the U.S. for his first tour this fall. Fitting the autumn vibes, the “blanc” tour will begin in Los Angeles at the beginning of September, and quickly work its way east to complete in Brooklyn by the mid-month.

JUNNY released his first album Monochrome in 2017. With soothing vocals and a unique musical color, the soloist has since lent his voice to numerous other artists. JUNNY has featured in tracks by Ha Dong Qn, Miyeon (of (G)I-DLE), JAY B (of GOT7), and more, and has featured on the soundtrack for dramas, It Is Okay To Be Sensitive and The Witch’s Diner. Having written, composed, and arranged for several artists such as Kai and Baekhyun (of EXO), NCT, IU, and Park Jihoon, JUNNY is also widely known for his talent in music production. His most recent release, “Color Me,” came out on June 23rd and features fellow soloist Chungha. 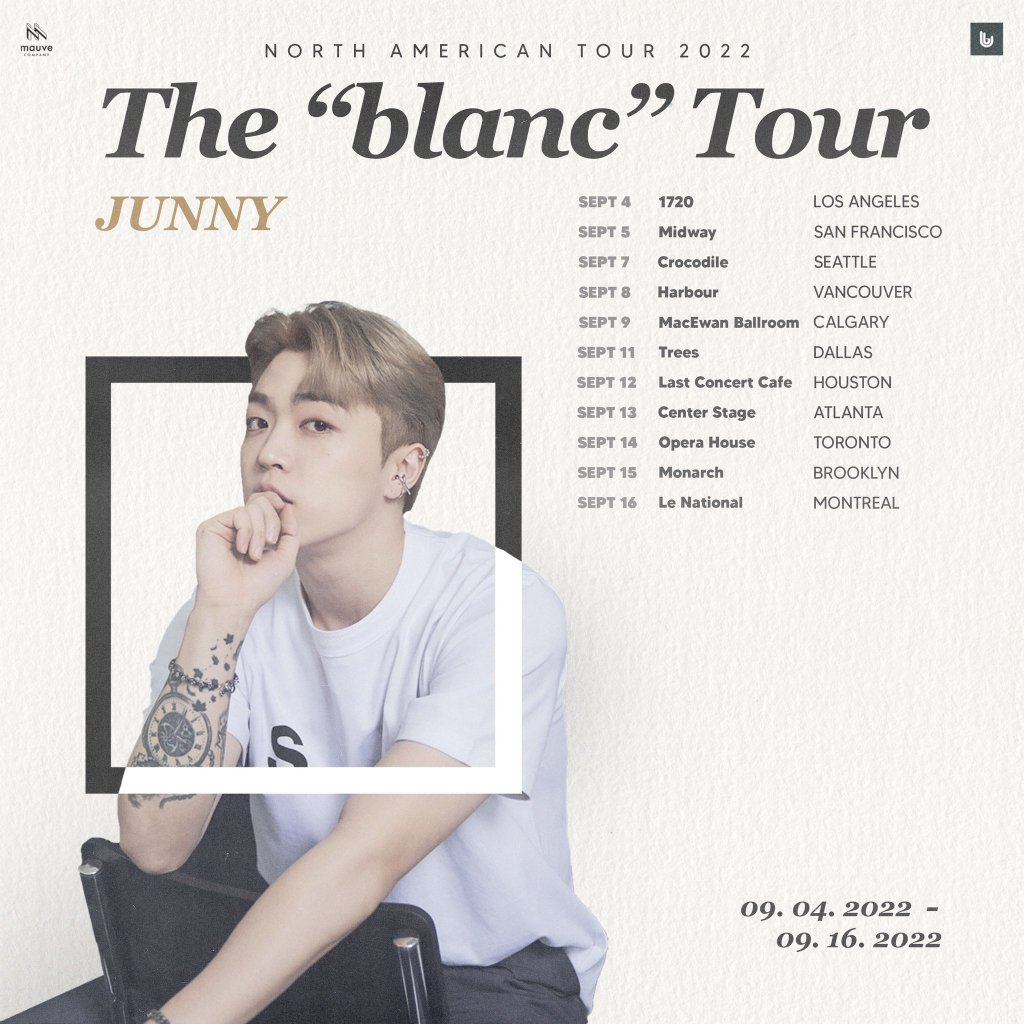