Completing their first ever U.S. tour, Brave Girls performed to a nearly sold out Wilshire Ebell Theatre on July 23rd. Despite only gaining mainstream popularity by going viral in 2021 for their 2017 song “Rollin’,” the group’s years of experience on stage shined through as they performed song after song with little to no break.

Keeping the setlist entertaining and unpredictable, the four girls sandwiched slower, sentimental songs such as “Don’t Meet” and “Love is Gone” between high energy party songs such as “Whatever” and “High Heels.” The group made sure to include several B-side tracks in their performances, wanting to show as much as they could to their fans, known as Fearless, for their first U.S. tour. Performing with minimal dancing, the four girls focused more on their steady, strong vocals, with Minyoung belting high notes with ease and Yujeong rapping smoothly. It wasn’t until the latter half of the show that more dancing was on display. While Brave Girls did not perform the hardest of choreography, the girls did their iconic “Rollin'” dance and showed off playful and sexy choreography to “Whistle.” The group also involved fans in their performances, giving Fearless small portions of choreography to execute during their song “Easily.” 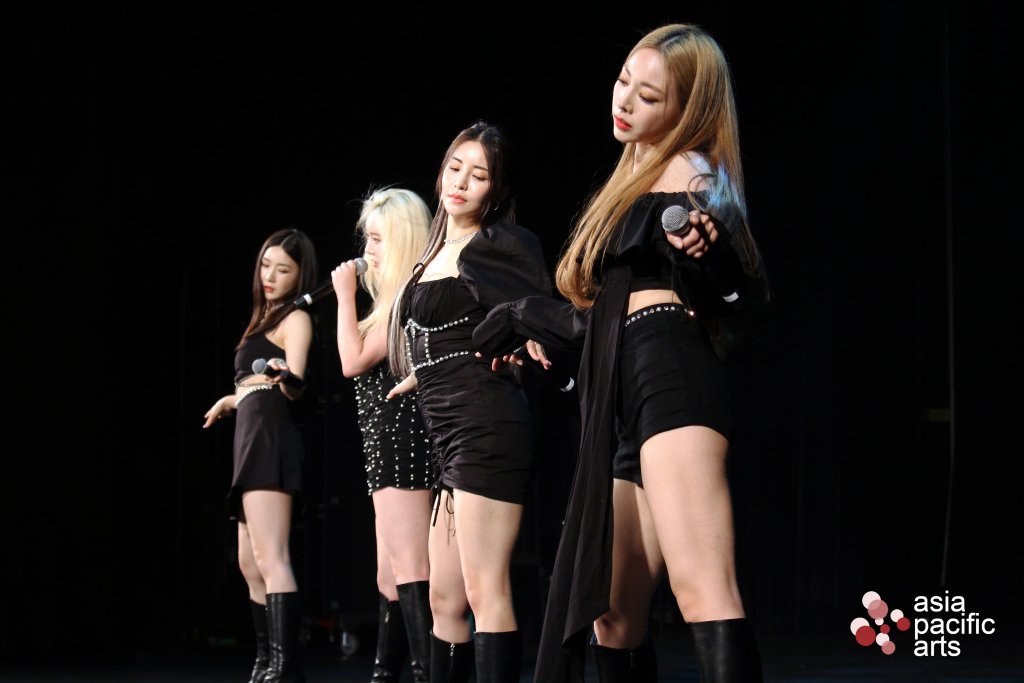 Having first debuted in 2011 and having gone through several lineup changes, the current members share a strong bond, evident through the way they enjoyed playing on stage together. Doing couple dances and being unable to keep smiles off their faces, the four members’ joy could easily be seen in their expressions throughout the show. Making mention of their near disbandment years ago, Minyoung was moved to tears thinking of their fans and their journey. Wanting to spend as much time bonding with their fans as possible, Eunji and Yuna shared their thoughts on their tour. “Performing at Summer Stage and in Miami, the cheers were unforgettable. The weather was hot, but so was the atmosphere the fans created.” Making sure to mention all of their fans, the pair named every one of their stops, thanking all of their fans for their passion and love.

Answering fan questions, the group chose Los Angeles as their favorite stop of the tour, and mentioned how they particularly enjoyed the nature views of Denver, too. Wanting their first time in the city to be special, they shared wanting to walk around Santa Monica, and Eunji shared her desire to visit Universal Studios due to her love for The Walking Dead. For Yujeong and Minyoung, their conversation revolved around food and other past-times. Minyoung particularly loved eating steak and In N Out, and Yujeong baffledly mentioned how delicious Korean tofu soup is in the States. The duo spent almost the entirety of their flights sleeping, even dozing through some scary turbulence while heading to Denver, but stayed awake for their nighttime flight from San Francisco to Los Angeles, enjoying the beautiful city lights and views. Expressing their desire to come back for activities in the U.S., they also said they’d love to continue with their sexy concept, as it seemed to be U.S. Fearless’ favorite by far. With the group requiring masks for the show and prohibiting fan gifts, the group prioritized everyone’s health and safety and opted to throw hearts into the crowd over close-up fan service.

Closing the tour in Los Angeles, Eunji couldn’t help but continue to express her gratitude to Fearless for supporting them, ultimately wishing fans enjoyed the show. Without needing any fancy stage production or multiple outfit changes, Brave Girls put on a perfect summer show by transporting fans to a white sandy beach with their upbeat music and sweet smiles.

Click on the photo below to see all our photos from Brave Girls’ concert in Los Angeles on Facebook! 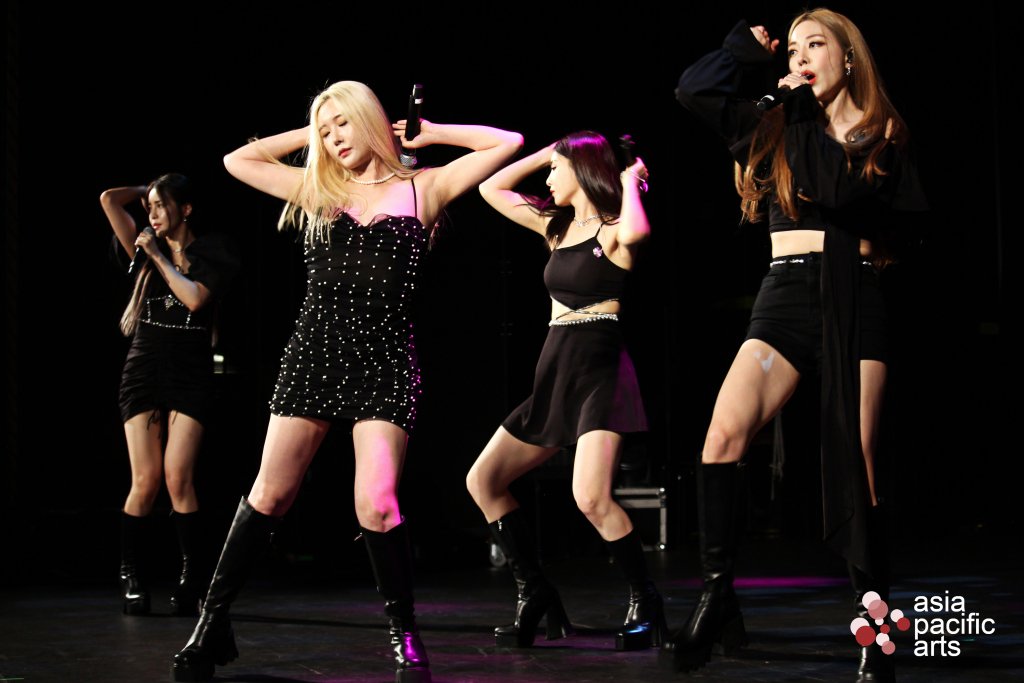