Returning to the U.S. just a few months after their most recent U.S. tour, Monsta X will be one of the main headlining acts at this year’s Nickelodeon Nick Fest. The group will be performing on October 22nd, the first day of the two-day event, at the Rose Bowl in Pasadena, CA.

Monsta X debuted in 2015 with the song “Trespass,” and has ranked on various charts around the world since then. Within the last two years, the group released five Korean albums – Fantasia X, Fatal Love, One of a Kind, No Limit, and most recently, Shape of Love, with title song “LOVE.” Shape of Love debuted at number three on the monthly Gaon Album Chart, and earned the group their second Hanteo Chart Silver Certification Plaque for first week sales in South Korea. Along with their Korean releases, the group also released their second English album, The Dreaming, in December 2021. To celebrate the release of the English language album, the group visited the states for a brief promotional tour, performed at a few stops of the annual iHeartRadio Jingle Ball Tour, and released a film by the same name as the album.

From May to June, Monsta X was also here in the U.S. on their No Limit U.S. Tour, which was originally scheduled for 2020, but postponed several times due to COVID-19 safety concerns. The group performed sold out arena shows from New York all the way to Los Angeles. On July 21st, the group released their latest English language single, “Late Night Feels,” in collaboration with Sam Feldt. The full daily lineup for Nick Fest can be found below: 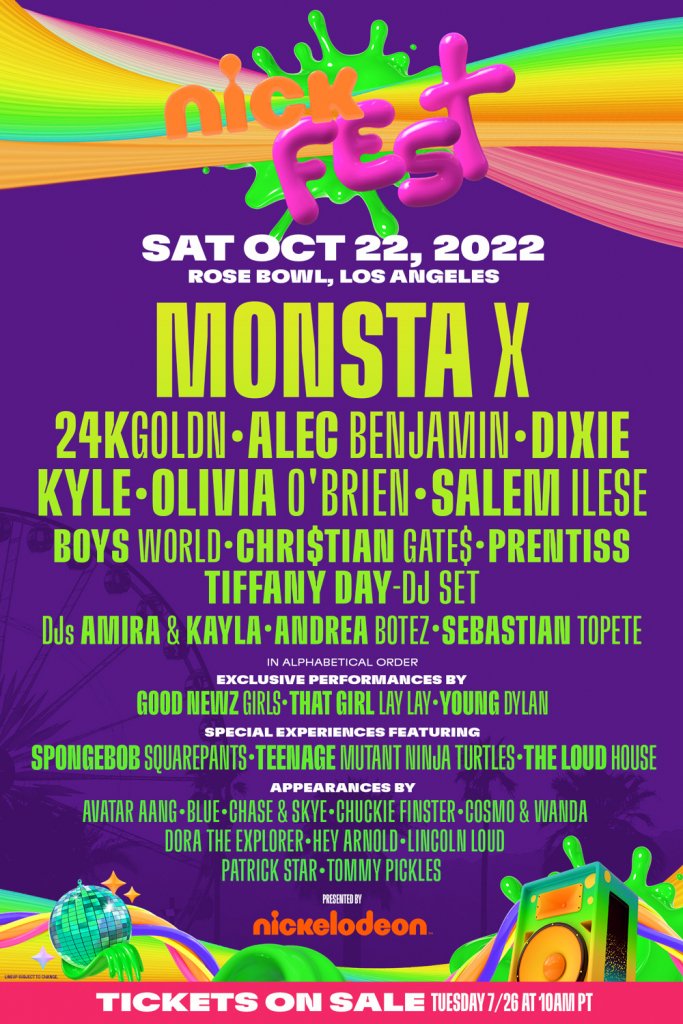 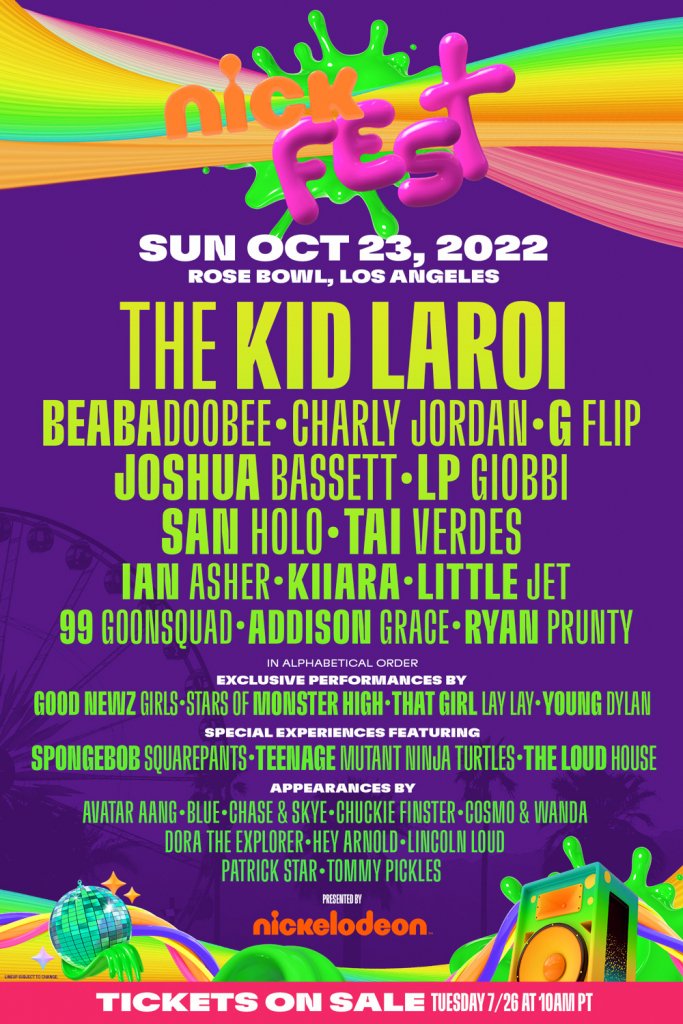