Japanese rock band ONE OK ROCK will hold a 23-stop North American tour. Starting in September, the band will kick off their tour in Austin, Texas and wrap up in October in Los Angeles, California.

On June 24, ONE OK ROCK released their latest single, “Save Yourself,” a song about the pain of love. The group will release their new album Luxury Disease on September 9 ahead of their North American tour. 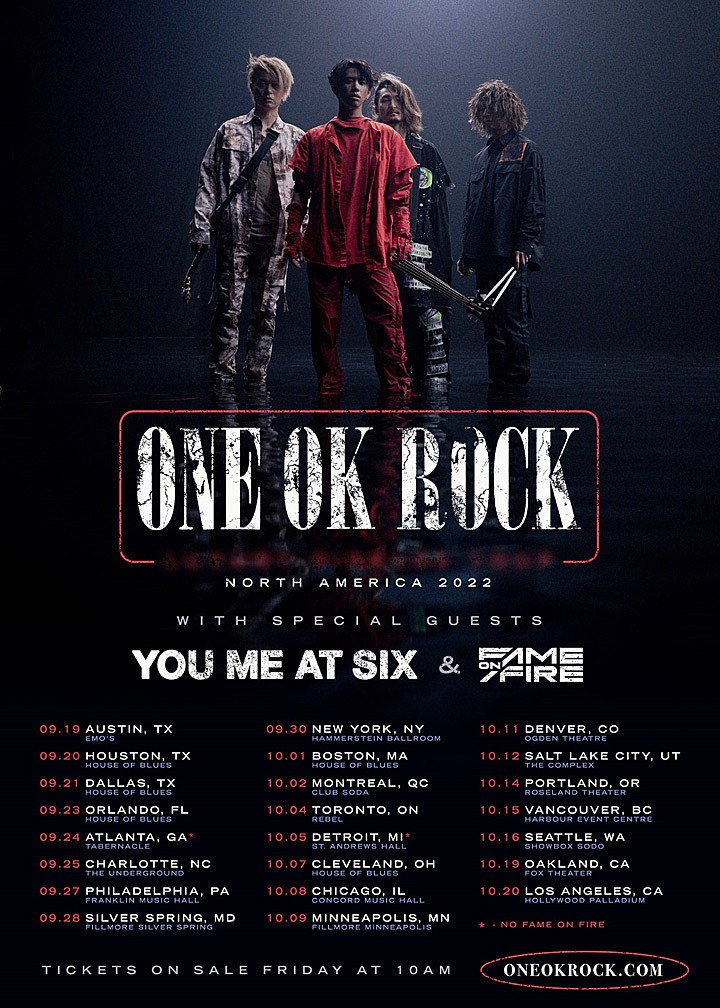