Skip to Content
Home Film Don’t Make Me Go: A Dramatic Tale of Living in the Moment

In Don’t Make Me Go, single father, Max Park (John Cho), takes his teenage daughter, Wally (Mia Isaac), on a road trip under the guise of a college reunion. Throughout their outing, they run into awkward moments—such as walking onto a nudist beach during a fight—all while Max tries to reveal his tumor diagnosis to Wally. The dance around their strained relationship keeps the viewer interested in how they’d eventually overcome their differences and strengthen their familial bond. In a character-driven tale, Cho and Isaac carry the nearly two-hour movie with their banter, while the story itself reaches a disappointing ending.

Don’t Make Me Go is the latest directorial effort from Hannah Marks after Mark, Mary & Some Other People and centers around the loving but complex relationship between a single parent and a teenager navigating the difficulties of high school. APA spoke with Director Hannah Marks, John Cho and Mia Isaac about the film. Please note the article contains major spoilers for the film. 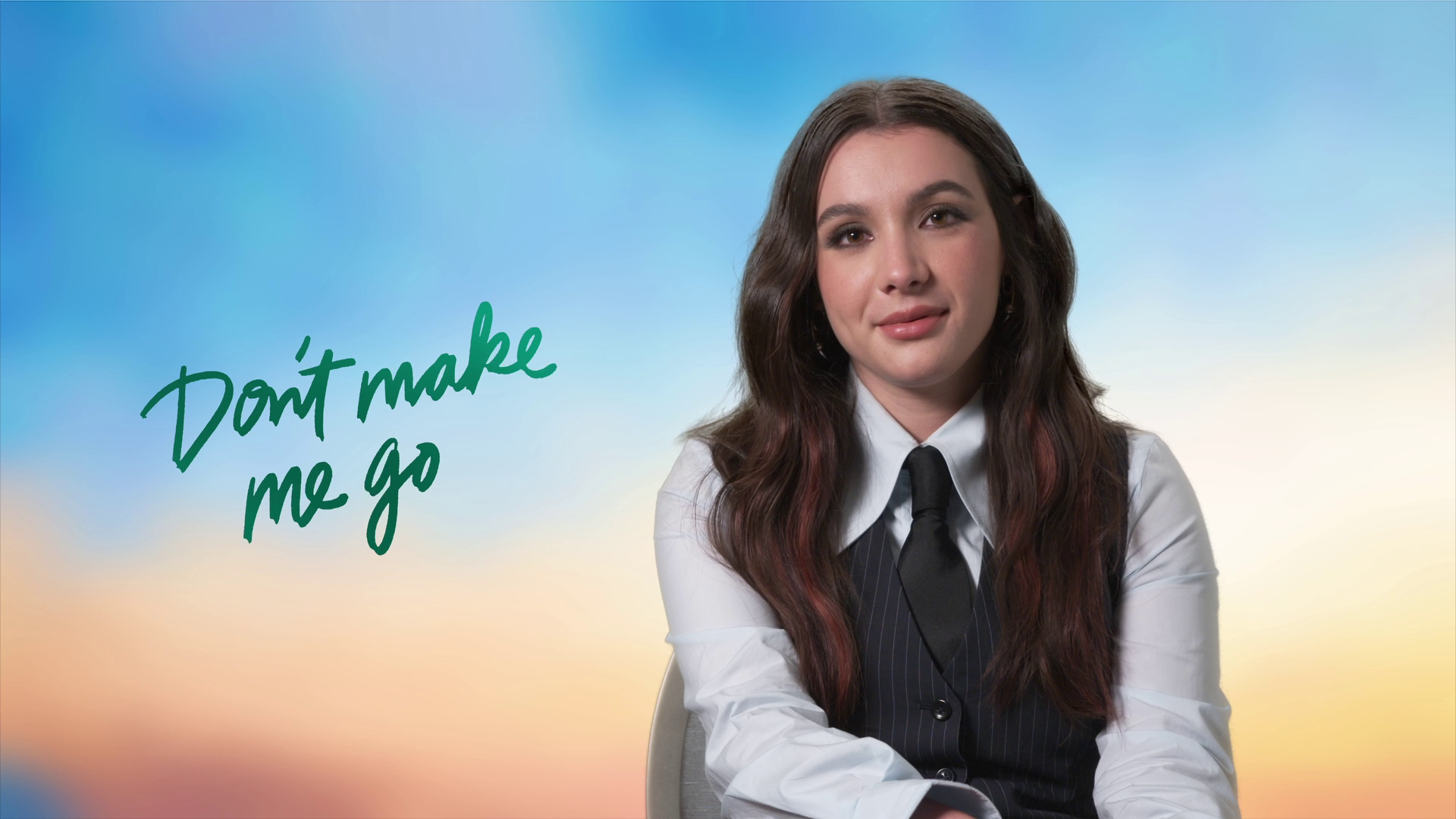 Marks has an eye for a natural connection between the leads and spoke about Cho and Isaac’s chemistry read during their audition. “In the audition process, you’re always looking for a range of emotions because you want to see what someone’s capable of,” said Marks. “We had Max and Wally arguing, that argument they have in the beginning when she sneaks out to go to a party, but then we also had a scene of her talking to Glenn in the soccer field and feeling flirty and young.” She further praised Isaac for her characterization of Wally and emphasized her ability to bring out a multi-faceted individual on screen. “It was important to see both sides of Wally, and Mia Isaac just totally brought it. She brought so much love to the character and that was evident from her very first audition and from their chemistry read.”

Cho’s perspective on his character and his relationship with his daughter came from a personal place. “I knew it was going to be a combination of what I hoped would mirror life in the midst of something fun and something terrible.” He appreciated how raw and realistic the situation post-Wally’s death was as well. “One improv line I remember that felt really authentic was the scene when I’m in the hospital, and my best friend is telling me he wants my record collection—which is morbid but true and funny. Then I tell him I sold it, and then I check the ‘do not resuscitate’ on the form because I’m so sick of this guy. And that is life.” In that scene, Cho excellently portrayed “the messiness of reality” given the scene is post-Wally’s death and just before Max’s surgery. It’s rare to see the struggles of a single parent, let alone one featuring an Asian American family. Both Cho and Isaac nailed their performances from script to screen.

At the beginning of the movie, a voiceover from Wally warns viewers that they are “not gonna like the way this story ends” but will “like the story.” As someone who has watched plenty of dramas from around the world, I had guessed the ending very early on. However, just as the voice said, I did enjoy the journey with Max and Wally. Retrospectively, the irony of Wally’s undiagnosed heart problems hidden in the background alongside Max’s brain tumor diagnosis left me wishing there was more to Wally’s story.

Compared to Cho’s long resume of roles, this movie is Isaac’s first film role. The realistic portrayal of a father-daughter relationship grounded my investment throughout their bumpy adventure. Nothing warms me up to a father-daughter movie more than a hallmark road trip song. For Don’t Make Me Go, Iggy Pop’s “The Passenger” repeats in each act like a leitmotif. When asked why the song was chosen and if there were other songs on the short list, Director Marks commented that Tom Petty was originally in the script. “I don’t believe we could afford that song, so we went with “The Passenger.” It was my secret hope because I love Iggy Pop…and it just felt so perfect. Emotionally resonant while still being upbeat. I loved that it wasn’t sappy or a downer of a song. It was really fun and alive.”

Interestingly, the ‘alive’ part would eventually haunt Max and Wally as Wally collapses when Max belts the song at a bar karaoke. Cho mentioned that the crew had to “get clearance for that song” as it was going to be performed in that key scene. There was “an echoing (of the song) that was going to come later so we had to plant it.” Isaac expressed she was exasperated by the end since she and Cho “listened to and sang that song so many times,” that by the end they “never want to hear ‘The Passenger’ again.” Understandably, the song serves as the beginning and the end of Max and Wally’s first and last ride together.

When asked if Cho and Isaac were aware of the twist ending during filming, Marks revealed everyone on staff was aware as it was in the script. However, Isaac wasn’t aware during the audition. “Mia was approaching it as if she was alive, as she should, because no one knows what’s going to happen,” said Marks. “Her character shouldn’t either, but when she got the part…she was like ‘Wally dies?!’” She reflected that it was shocking even for herself, but “it was a big part of what drew [her] to the project.” The twist had “valuable lessons and showed that that John, as Max, was learning from his daughter and not necessarily the other way around.”

Isaac echoed her shock from learning about her character’s death, but unveiled that it further motivated her interest in the role. “Based off of the sides [excerpt of a script], I would have never guessed, and it came as a shock to me,” said Isaac on her initial reaction. “Later on when I read the script, it still had that same shock value, even though I already knew. I had an emotional reaction and I just knew I really loved it, and wanted to be a part of [the movie].”

In the end, the emotional shock didn’t come from Wally’s death as the twist, but how Wally’s message in the ending felt disingenuous to the buildup of her own character. For her young life to be cut short—while her omniscient voice-over encourages Max to take a chance on himself—felt as if she was fridged in her own story. She was still adapting to her changing identity, developing her romantic relationships, while finally coming to terms with her family situation. However, Cho and Isaac’s touching performance ties the story together and brings its passengers to their final destination.

“I played her as true to myself as I could because I saw a lot of similarities between me and Wally,” said Isaac. “It was less about her and more about Max and I think in playing her, it was about loving Max.” During the chemistry read, and the ability to do the read alongside Cho, Isaac “wanted to put as much on to him…because it wasn’t about a performance but more about the relationship.” 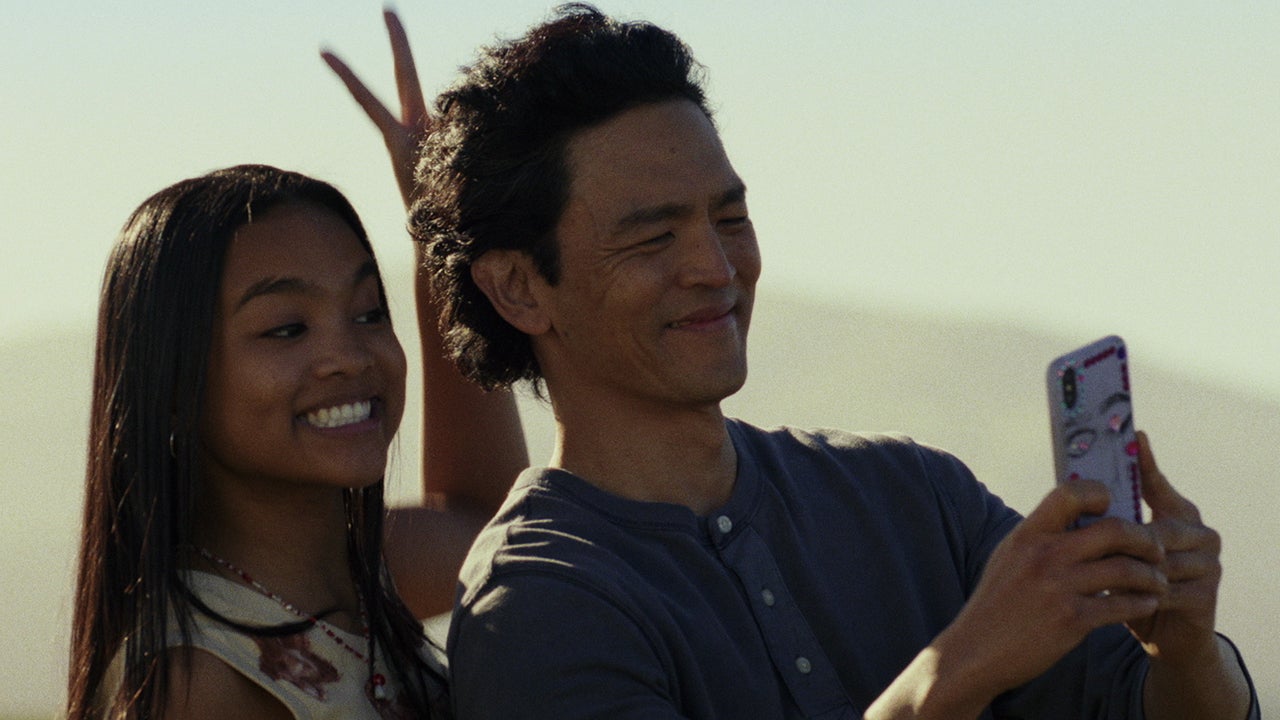