A calm BTS concert sounds like an oxymoron, but that is the best way to describe FeverUp’s Candlelight K-Pop: A Tribute to BTS on June 22nd. Orchid String Quartet, a premiere freelance string quartet based in the Los Angeles area, fused classical music and K-pop in this intimate show. The quartet has performed as part of the Candlelight concert series since 2019, and they also play in TV and film scores and has performed with big-name artists such as the Jonas Brothers, Halsey, BB Rexa, Adele, and Panic! At The Disco. Thousands of faux candles on stage and along the audience seats lit up the venue, Ovation Square in Long Beach, transforming it into a magical space unlike any other concert atmosphere.

Orchid Quartet took their places on stage among the candles and expectant cheers, and after introducing themselves and encouraging the audience to sing along, the quartet started the evening off with an energetic rendition of “Dynamite,” filling the venue with sonorous string harmonies and well-timed stomps and claps.

The next song, “Black Swan,” is one of the group’s favorite arrangements, and for good reason. Attention-grabbing sforzandos and notes with birdcall-like grace added delightful flourishes to the soundscape as the melody passed through each of the instruments. Stripped of vocals, synths, and percussion, acoustic versions of pop songs can fall flat, but the quartet’s classical sensibilities and the arrangement’s sparkly musical ornaments brought this cover to life.

“Life Goes On” featured a soothing melody floating over an undercurrent of eight notes chugging along, an arrangement that might remind classical music enthusiasts of Dvorak’s “American” String Quartet. The forward momentum of the arrangement mirrored the song’s encouraging message that life will go on even during difficult times in the pandemic era. During the performance of “Fake Love”, the audience warmed up enough to sing along and chant the fanchants, and a few brave souls even attempted the rap parts, eliciting whoops of encouragement from the rest of the audience. 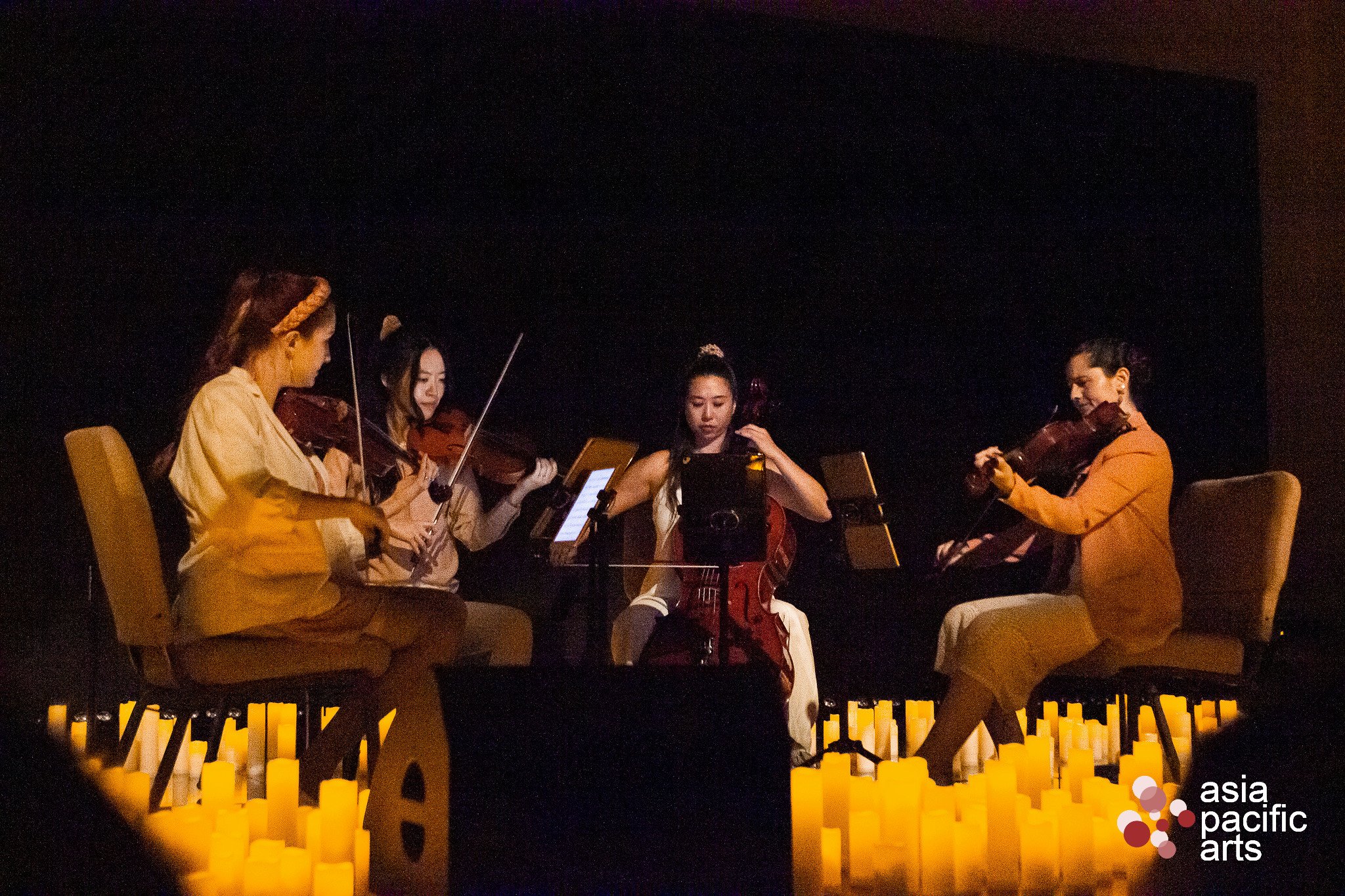 The setlist consisted mostly of title tracks, including “I Need U,” “Spring Day,” and “Boy With Luv,” but the group also performed a few b-sides such as “Pied Piper” and “My Universe.” The finale piece, “Butter,” was a satisfyingly groovy track interspersed with pizzicatos, glissandos, and vocal ad-libs.

While much more laid-back than an actual BTS concert, the creative arrangements and the quartet’s virtuosic execution energized the room. By the end of the hour-long performance, ARMYs of all ages were singing along and swaying to the rhythm, exploding into cheers and applause once the quartet wrapped up its last song.

As the South Korean boyband BTS rose to international stardom, there has been a proliferation of covers and remakes of their songs, but the Candlelight K-Pop: A Tribute to BTS concert is one of the few shows that exclusively feature BTS covers, and very likely the only such show with a romantic candlelit ambience. In the wake of BTS’ announcement that they would be pausing group activities indefinitely, the evening was a delightful yet bittersweet celebration of BTS’ discography and a testament to the massive impact that BTS has had on the international music scene.