Following their participation at AX Lite, Anime Expo’s virtual convention, last year, the seven actors of the popular romance simulation game Obey Me! made their in-person appearance at this year’s Anime Expo. In the game, the player is an exchange student from the human realm, who travels to a demon realm, Devildom, and meets seven demons modeled after the seven deadly sins. The game’s success earned it an anime series, and with season two coming out this month, it was only fitting that overseas fans would get to meet their seven favorite demons together in person for the first time.

Kazuya Yamashita (Lucifer), Hirotaka Kobayashi (Mammon), Satoshi Kada (Leviathan), Shinya Sumi (Satan), Miura Ayme (Asmodeus), Kyohei Yaguchi (Beelzebub), and Satoshi Onishi (Belphegor) were welcomed for their special meet and greet by a completely full room, as fans lined up eagerly in the hot sun to be able to enter their panel until it hit capacity. With so many people in the room waiting to see the cast, the panel began immediately to maximize the amount of time that could be spent together.

Each of the seven gentlemen started off by greeting everyone using their signature phrases from the game in their character’s voice, to the delight of the audience. While self introductions were ongoing, a few of the waiting actors would record self-cam videos on their phones with the crowd, showing that the actors were just as eager to meet their fans. The Obey Me! cast mentioned how intrigued they were to see so many people in attendance, and so many people in various cosplay. This year’s Anime Expo was Miura Ayme’s second one, however, his attendance at the 2019 Expo came a few months before the official release of the game, so seeing so many people supporting their panel was also very exhilarating and surprising for him.

With the impending release of season two of Obey Me! One Master to Rule Them All, the group also dove into some behind-the-scenes anecdotes from recording. One of their favorite memories from their recording sessions for season two came when Sumi was filming a scene that referenced the first season, but he did not remember the reference at all. This moment left him confused and bewildered, to the rest of the cast’s amusement. Aside from this funny story, Yaguchi also mentioned that the songs from this season are “super cool,” leaving attendees curious as to what new music the cast recorded for the series.

After teasing fans with these two quick thoughts, the group introduced the second season to the audience and played the first episode. While the video was loading, the voice actors made sure to keep their fans engaged, throwing hearts at the crowd, posing for photos, and recording some more self-cams. The first episode started shortly after, and showed the seven demons and other characters from the series, such as Simeon and Luke, as they talked about missing someone. In the clip, it showed Mammon creating a game to prevent the demons from repeating the “I miss them” phrase, and thus began a series of events that eventually led to a “Miss ‘Em” doll going viral in the Devildom. Hearing the loud cheers for the beloved side characters, the voice actors were taken aback and cheered along with the crowd before beginning a chant of “Miss ‘Em.”

Following the preview of season two, the seven voice actors revealed another event for attendees — a live voice acting session. The group brought along a story of the demon brothers wanting to go on a trip, but being unable to decide what to do. Pairing an animated video with English subtitles and their live voice acting, the crowd was in awe watching them act out the scene right in front of their eyes. Moving around to see the screen better and sharing some friendly banter before beginning, the voice actors quickly went from seeming like bickering siblings to professionals in a split second once the video began rolling. As soon as it was over, the guys were back to joking around together, with Sumi sharing how much he enjoyed playing a two year old in this episode, because he actually is one.

Thinking not much could top this experience, the group of voice actors proved attendees wrong, as the last surprise for the panel was a Q&A session, where fans would be allowed to line up at the microphone to ask anyone a question. This would be the final activity for the meet and greet, and the group squeezed in as many questions as they possibly could before ending the panel. A wide variety of questions and requests were given, with someone asking Lucifer to scold them, another asking if any of them would ever use MC (the main character of the story) as a body pillow, and another asking what their favorite scene was to record. Among the several fan questions, there was even someone who questioned whether Miura Ayme remembered them from a previous meet and greet, collapsing on the floor in tears when he responded with a yes. Although attendees wished the Q&A could go on forever, the short 50-minute panel time had come to an end. Greeting their supporters one last time, the cast thanked everyone for waiting for them and for their support and passion. 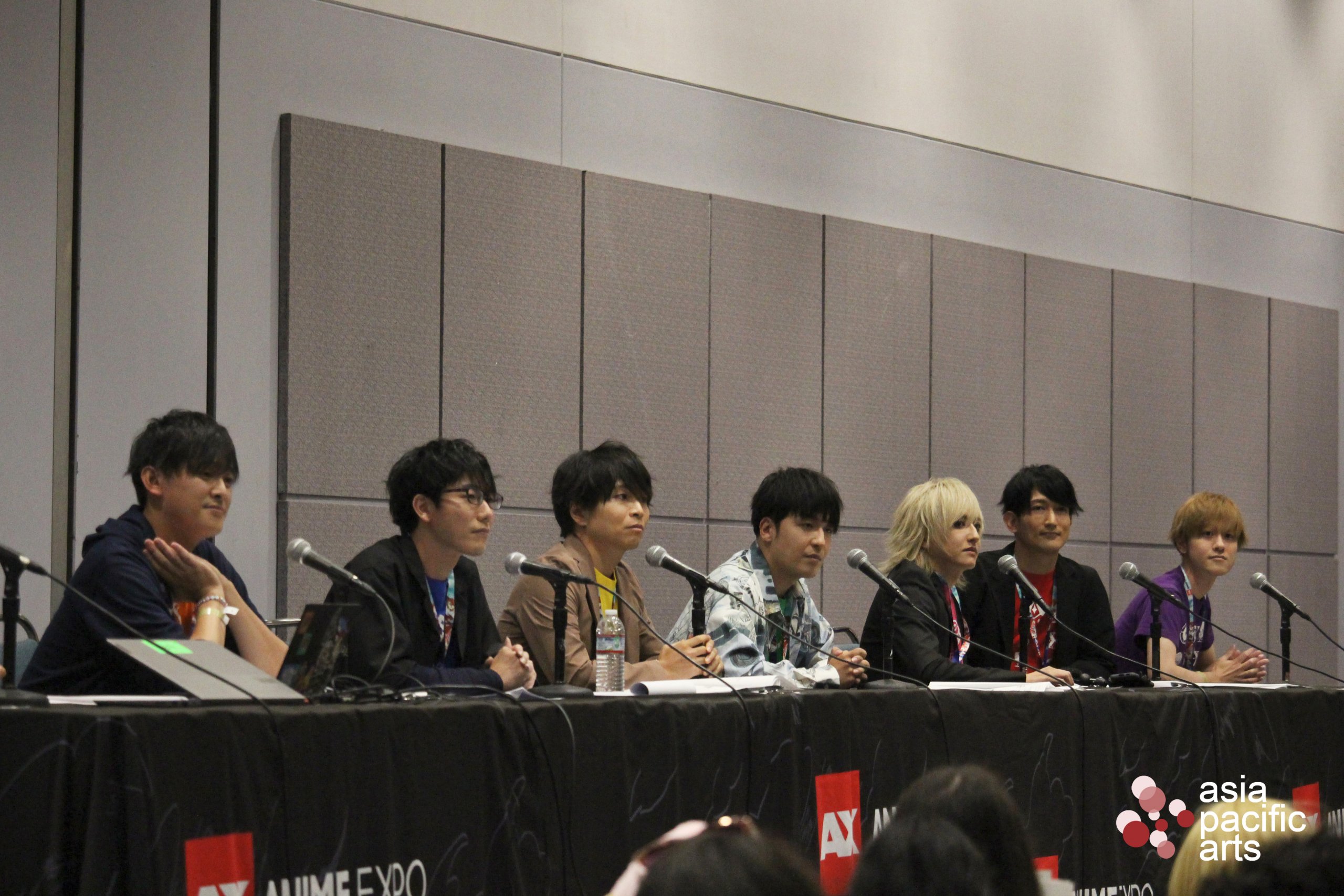