Following the announcement earlier this year that the Trigun franchise will welcome a new installation Trigun Stampede in 2023, TOHO and Studio Orange revealed its first trailer and the voice cast at Anime Expo 2022. The trailer shows off the sci-fi western series’ CGI-animated style and Vash’s new slick design. Talent who will be lending their voices to the new series includes:

At Anime Expo, the Trigun Lock ‘n Load panel featured Yasuhiro Nightow (creator), Kouji Tajima (concept artist), Kiyotaka Waki (producer, Studio Orange), and Katsuhiro Takei (producer, TOHO). When the trailer premiered, the crowd roared with excitement, and Tajima found himself tearing up. He shared that he felt so touched by the crowd’s fervent reaction to seeing Vash. With a deep love for the Trigun anime and manga, Tajima revealed that when he was first asked by Waki to draw up concept art for the project five years ago, he created over 400 images. 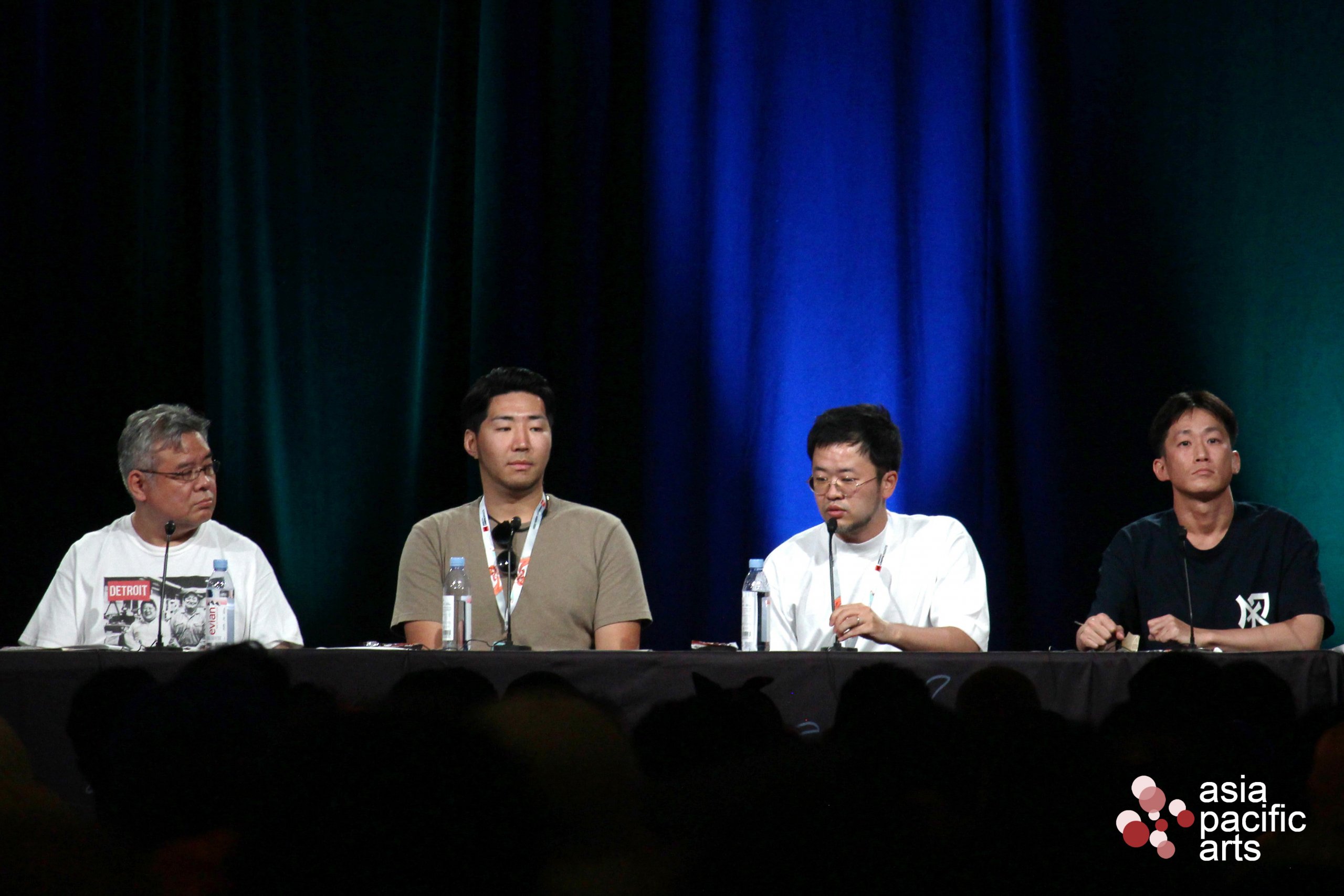 Regarding the 3D CG direction of Trigun Stampede, Takei acknowledged the original manga and anime as “masterpieces,” but he wanted to take a different approach to the new series and felt there was no better partner than Studio Orange when it comes to 3D CG. As the show has developed over the past few years, Takei confirmed that Nightow has been part of the whole process, offering recommendations for inspiration and advice. As the panel came to a close, fans threw peace signs into the air and chanted “love and peace,” signaling their excitement for this brand new take on the beloved franchise.