Brisbane-based Last Dinosaurs put on a vibrant show at the Regency Ballroom in San Francisco, California, with the help of opening bands Rebounder and OKAMOTO’s. Rebounder kicked off the night with bright smiles, greeting the crowd and announcing they’ve come from New York, while turning on their neon “I ❤︎ NY” sign. Performing music like “Slow Angel” and “Swim Zone” with a lively rhythm, the band had the crowd bouncing along. When Rebounder launched into a cover of “Young Folks,” the bright lights flooded the venue, and the crowd eagerly sang the lyrics while jumping to the beat. 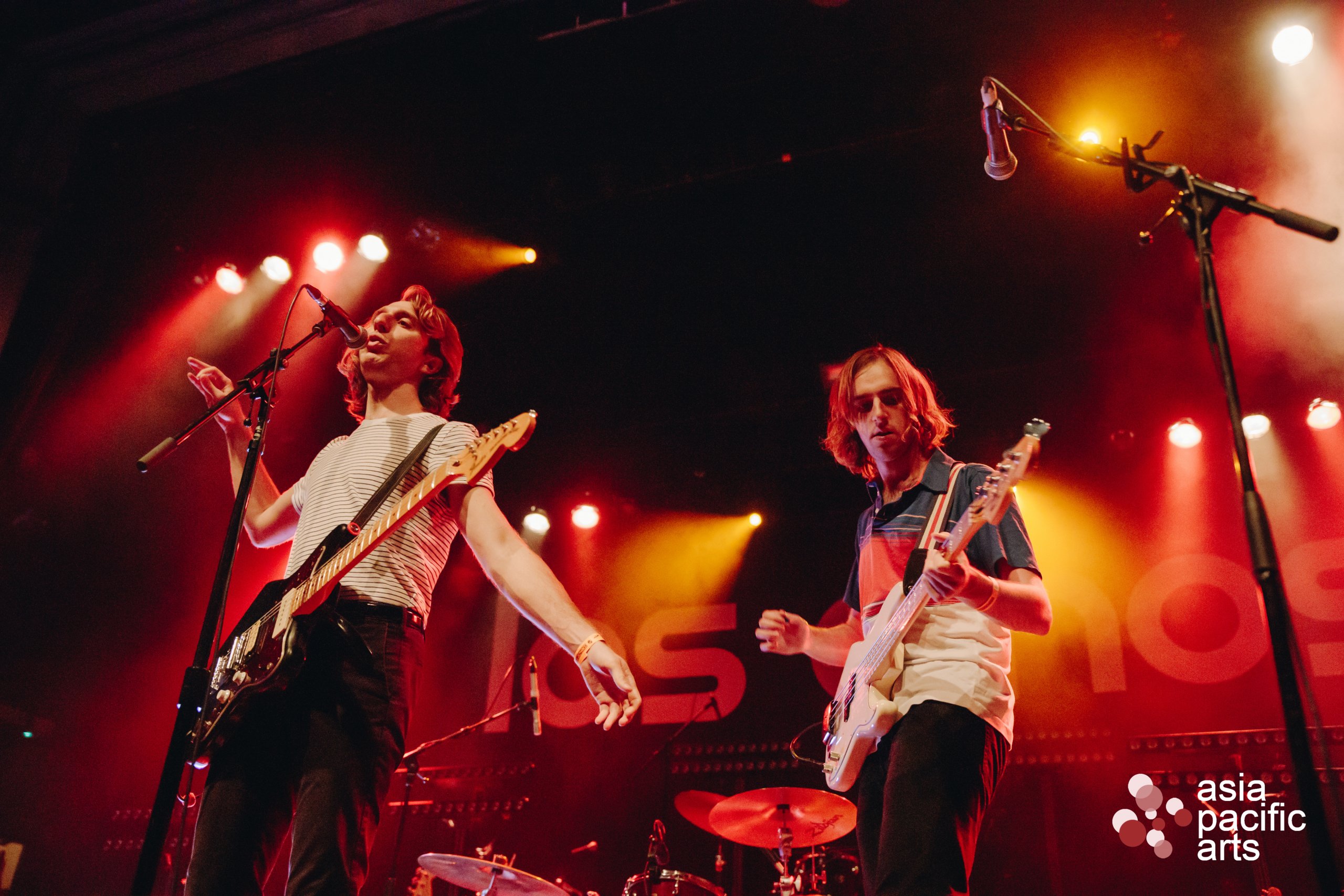 Hailing from Tokyo, OKAMOTO’s took the stage with raw, unbridled energy, as it was clear vocalist Sho was on a mission to make some new fans that night. Performing “Young Japanese,” Sho bounded across the stage and looked into the audience, encouraging everyone to chant the chorus, “We are the young Japanese.” As the song’s message is that we’re all just lost trying to figure things out, the crowd is essentially the same as the “young Japanese” in the song, overcoming the language barrier and relating over the same struggles. All throughout the set, Sho was jumping high, with knees tucked in, and dancing so passionately that he looked like a free spirit on stage. Bringing Lachlan from Last Dinosaurs on stage for a cheerful collaborative performance of “Slider,” the band grooved to the upbeat song, a result of their intertwined styles. 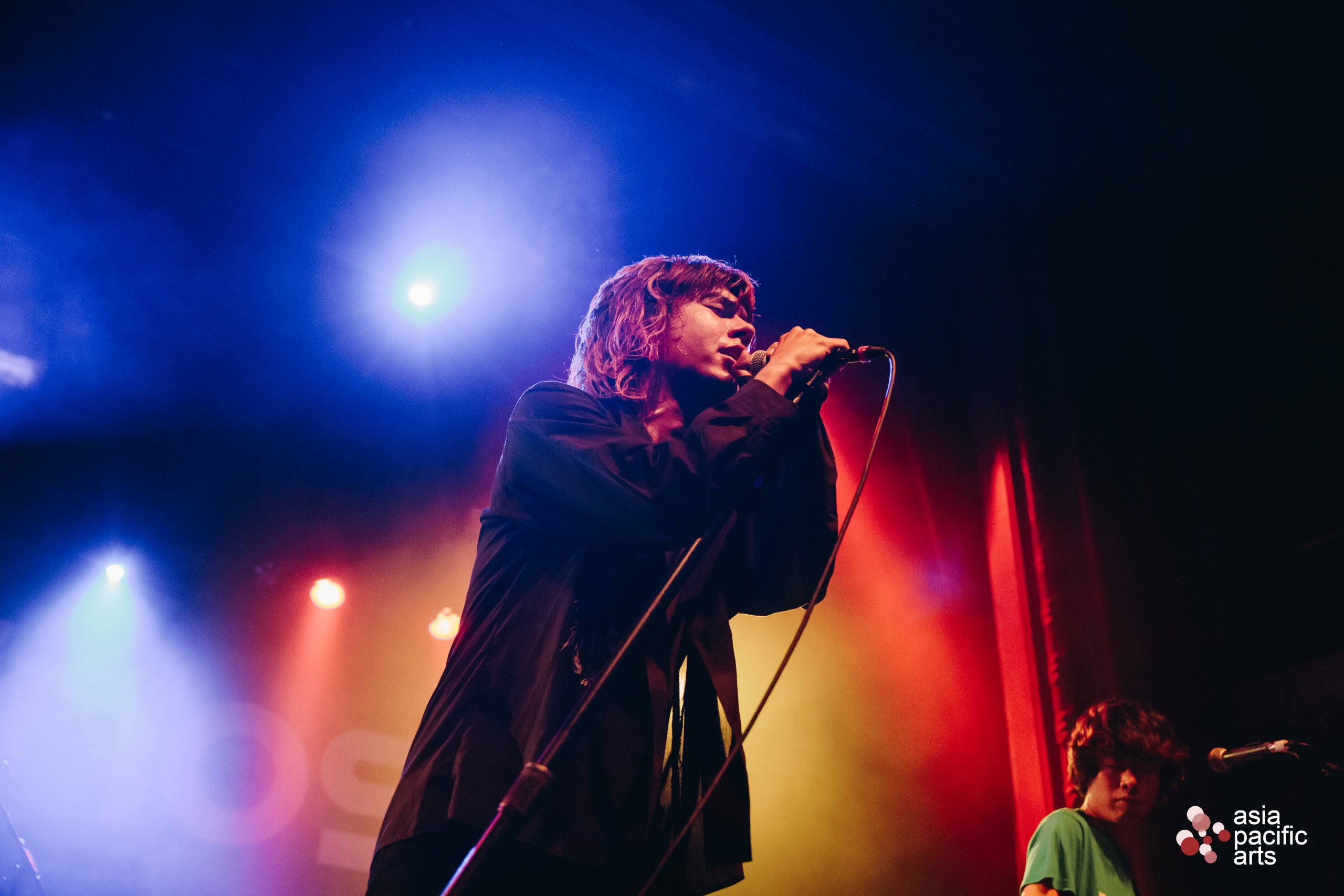 Preparing the stage for Last Dinosaurs’ entrance, fog filled the stage and flowed into the crowd. When the band took the stage, they were backlit by a deep blue light which set a grand and mysterious ambience. The lighting complemented their performances so well, particularly in “Bass God,” when the lights framing the band lit up sequentially in tune with the memorable riff during the chorus. Wrapping listeners in the dreamy, hypnotic melody that is ever present in “Italo Disco,” the band enchanted listeners with soothing vocals and lilting instrumentals. The song ended perfectly with the instrumentals trailing on even after the band stopped singing, growing muffled and fading out as if the dream world we were in disappeared in a cloud of smoke.

For the long-time fans, Last Dinosaurs brought back an oldie but goodie, “Weekend,” which had the crowd rumbling in excitement to hear the song live after so long. On the flipside, the audience had the chance to be the first to hear the band’s newest track, “The Hating,” live. The group paused a bit to comment on the Supreme Court’s decision to overturn Roe v. Wade, which came down the morning of the show. They said that it felt like today was the perfect day to sing this song, earning cheers from the crowd.

Saving the best for last, the band powered through their popular tracks including, “Flying,” “Apollo,” and “Zoom,” hitting the audience with euphoria-inducing performances one after the other. With energy buzzing at a peak high, Last Dinosaurs also surprised attendees with Rebounder jumping in to sing “Dominos” together, making sure to perform with both their opening bands. Wrapping the show with an encore of energetic songs like “Honolulu” and “Eleven,” Last Dinosaurs showed fans the range of their musical work from over the past decade. The band captivated the audience with Sean’s powerful and Lachlan’s gentle vocals and addictive melodies, making it a night to remember.

Click on the photo below to see all our photos from Last Dinosaur’s show in San Francisco on Facebook! 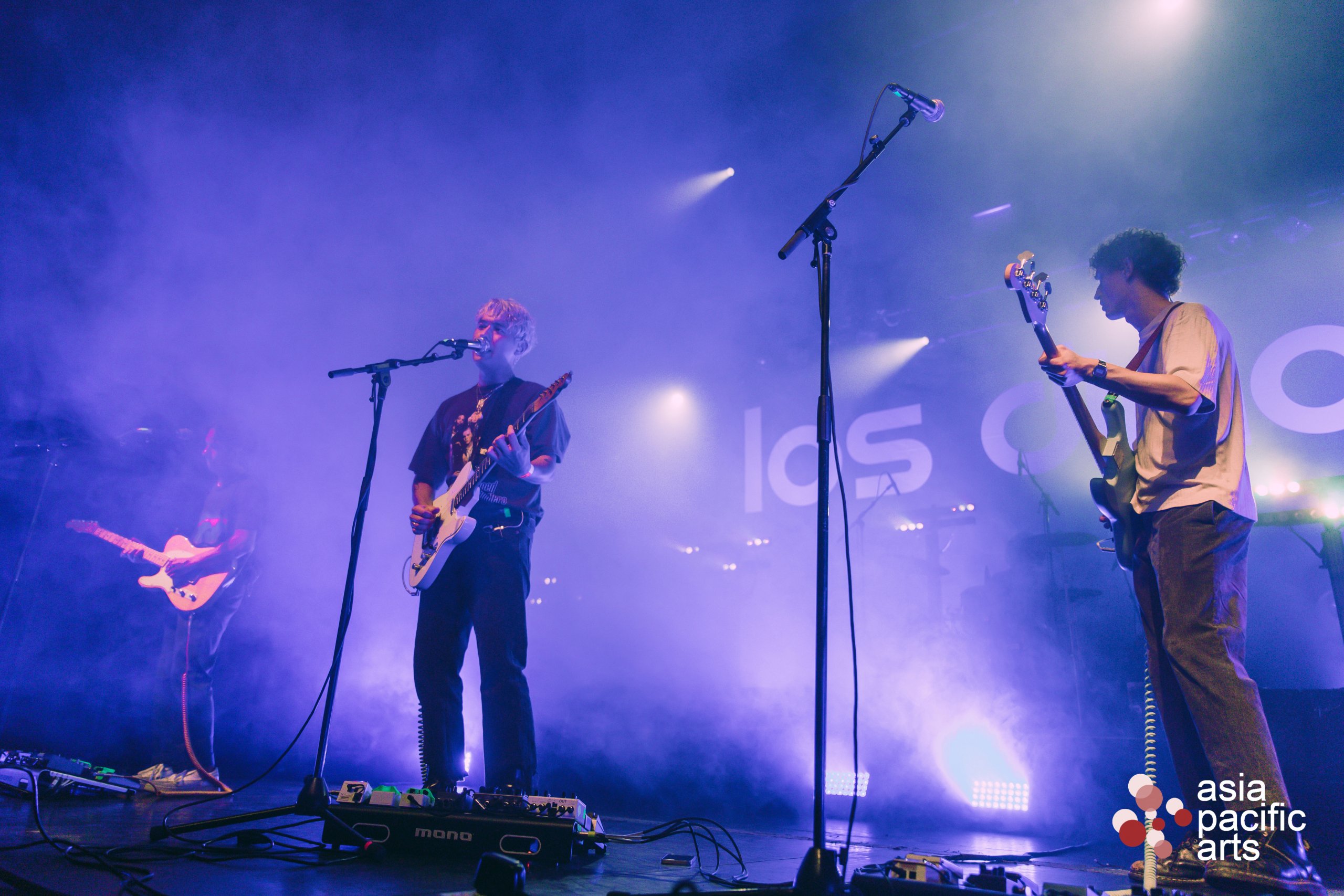