Anime Expo re-opened its doors to in-person attendees this past weekend for the first time since 2019. Temporarily pausing in-person events due to COVID-19 safety concerns, the four-day convention came back in full force at the Los Angeles Convention Center packed full of fans, vendors, exhibitors, and special guests.

Despite the hot weather, countless attendees were dressed as some of the most popular characters from anime and games from the past few years. While the large number of attendees makes it impossible to have seen every single cosplayer, there were a few that stood out, even in the heavy crowds. Some of the most commonly seen cosplays this year were of characters from anime such as Spy x Family and Demon Slayer, and games like Genshin Impact, and popular VTubers from various groups. 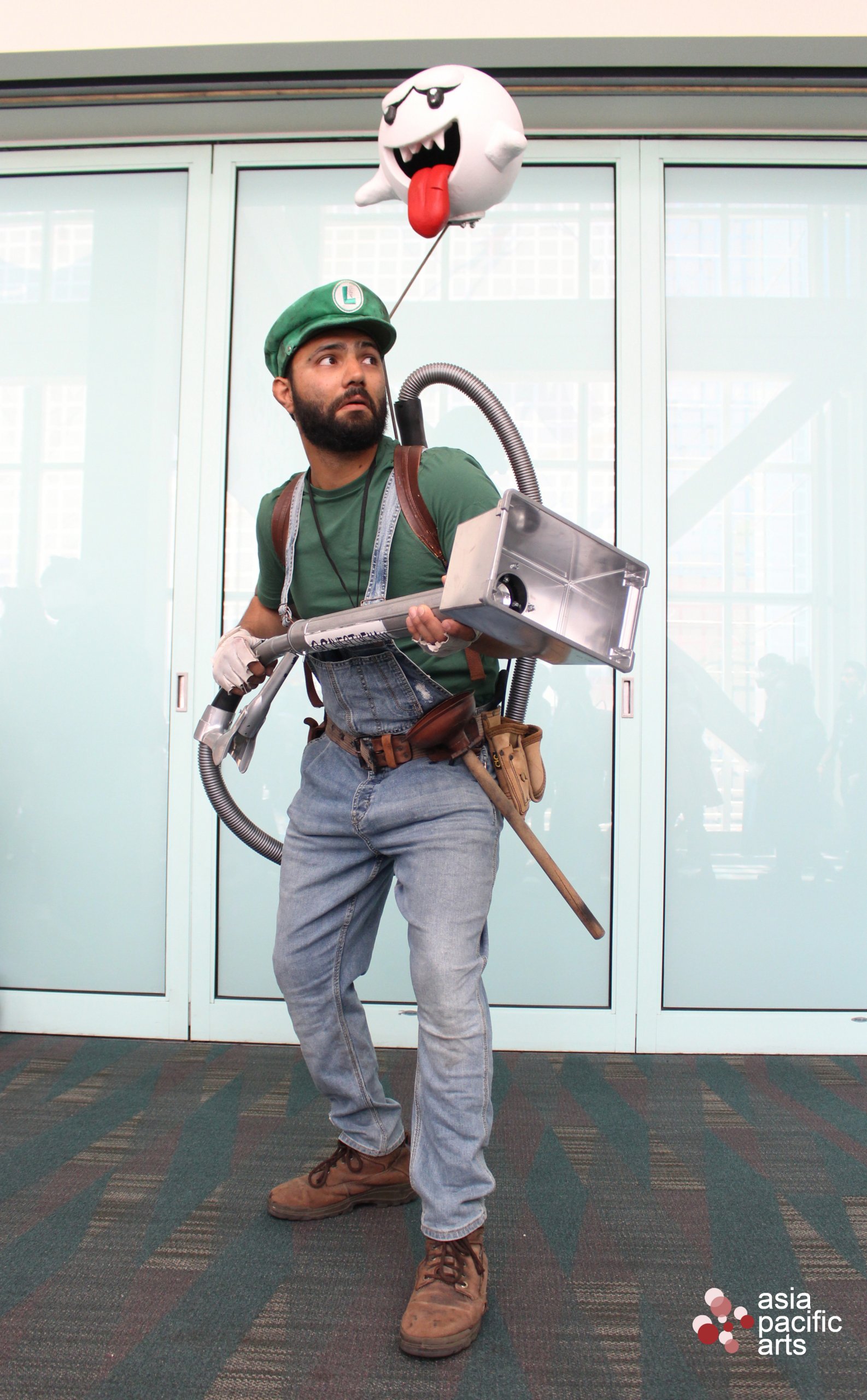 Hanging out in one of the hallways, @cave8theman was wearing a unique handmade cosplay of Luigi from Luigi’s Mansion. What drew us to his cosplay was the mobile Boo, but “Luigi” shared that his vacuum was indeed a real vacuum. “Luigi” spent hours cleaning out a real vacuum and repurposed it to hold snacks to tide over his appetite during the convention.

While there were many attendees dressed as Demon Slayer characters such as Nezuko, Inosuke, and Zenitsu, one particular duo took things to a new level. Cosplaying as a specific scene from the 2020 movie, Demon Slayer: Kimetsu no Yaiba – The Movie: Mugen Train, the pair decided to bring the emotional moment of Tanjiro mourning Rengoku dying from his mortal wounds. The two shared that they were brought to tears by the scene when they first read the manga and watched the anime, and wanted to bring that to the convention and let other fans relive the moment. With a striking attention to detail, the arm sticking out of “Rengoku” was partially made of foam, and partially made out of a skeleton hand wrapped in clay. As for the tears streaking down “Tanjiro’s” face, these were made by drying hot glue droplets on glass, removing them, and attaching them to the skin with eyelash glue. 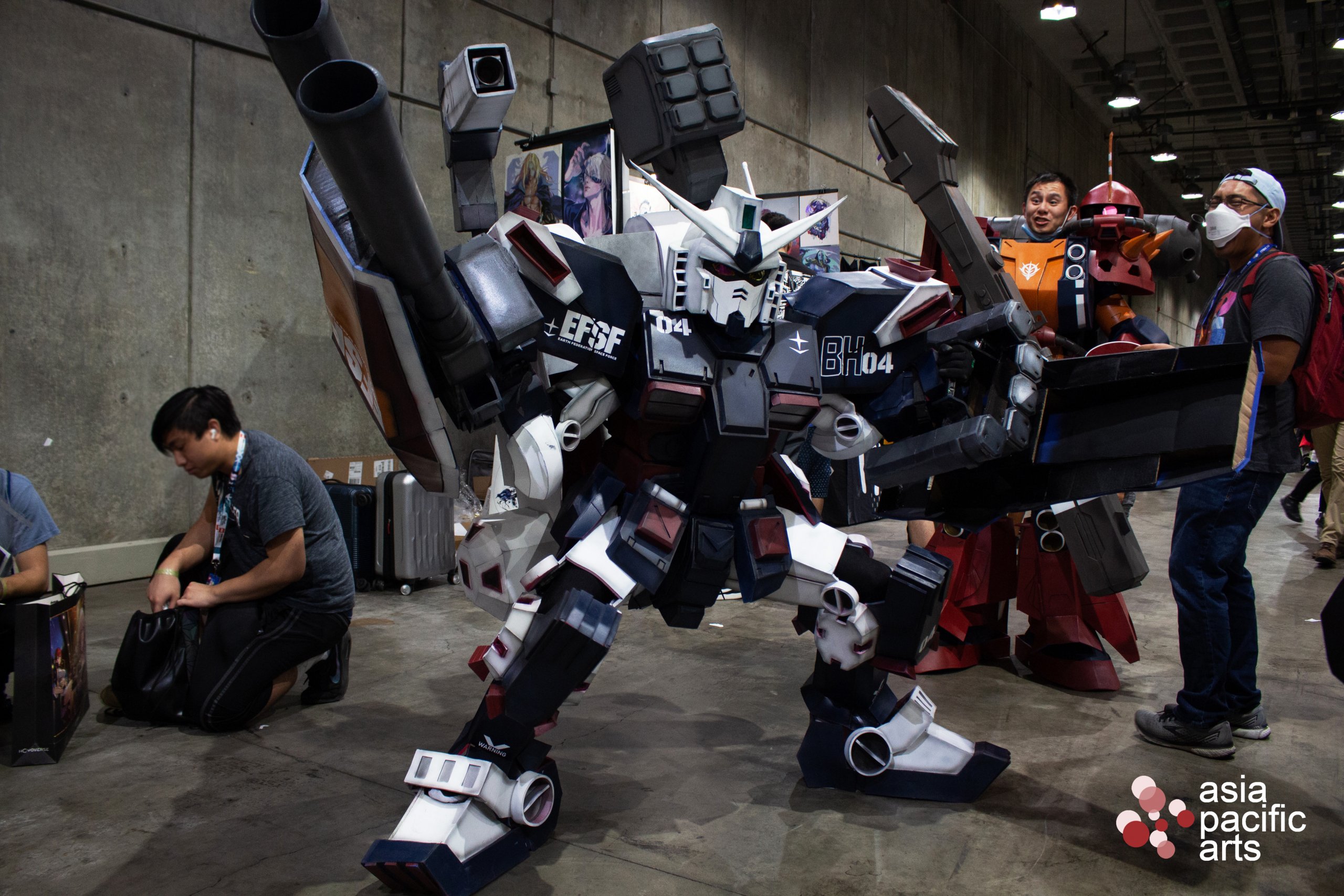 Although each and every cosplay is made with lots of hard work and effort, and @suparrobo‘s Gundam cosplay stood out for its sheer size and detail. Taking several months and plenty of nonstop work on the weekends, this cosplay came together despite some difficulties, especially when it came to piecing together the legs. This cosplayer’s hard work certainly paid off, however, as his Gundam was so well made he could even squat in it. As he squatted, passersby were even screaming in enthusiasm as he proved the flexibility of his cosplay.

Check out some of the cosplay on display at Anime Expo 2022 below! 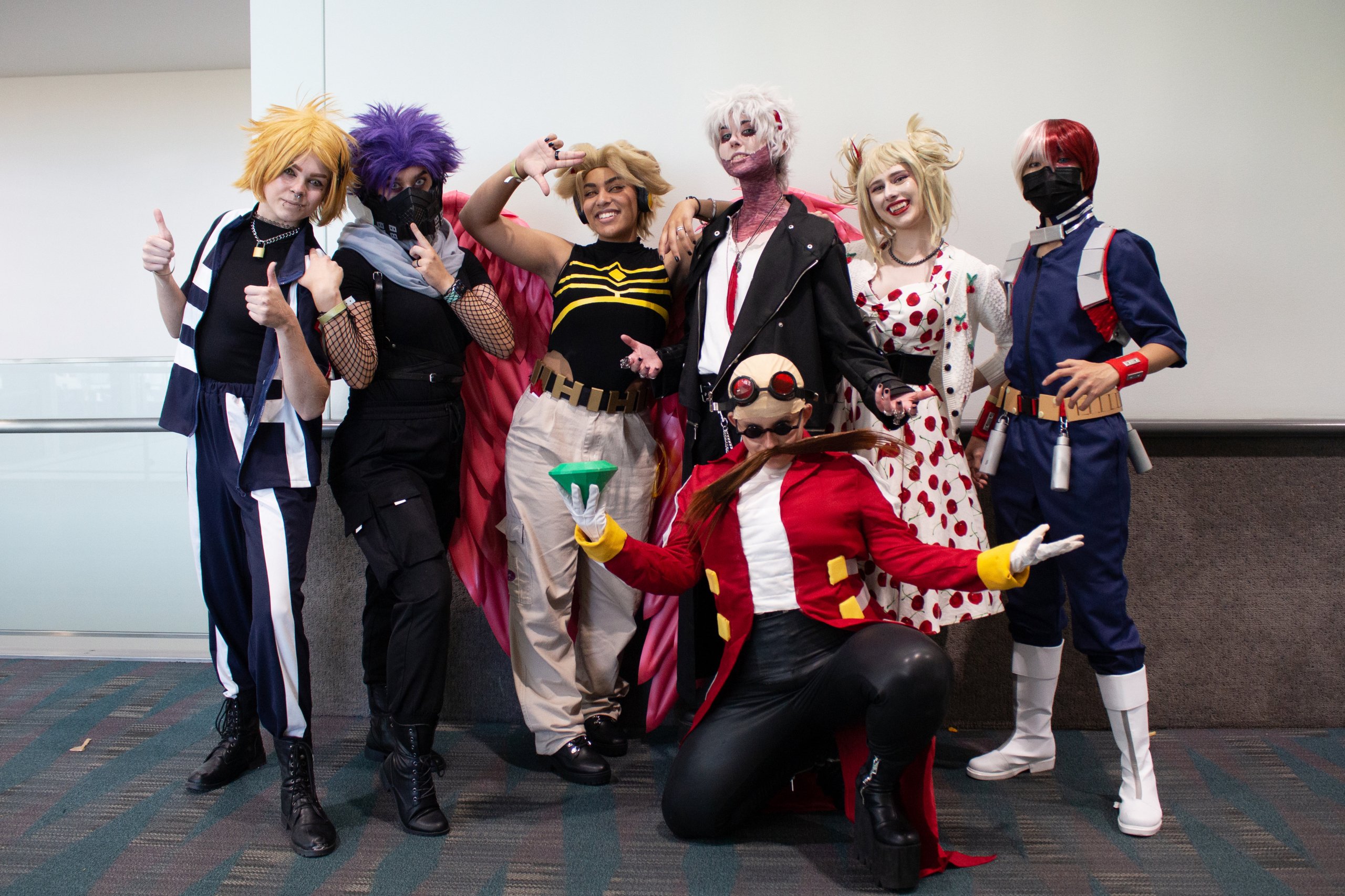